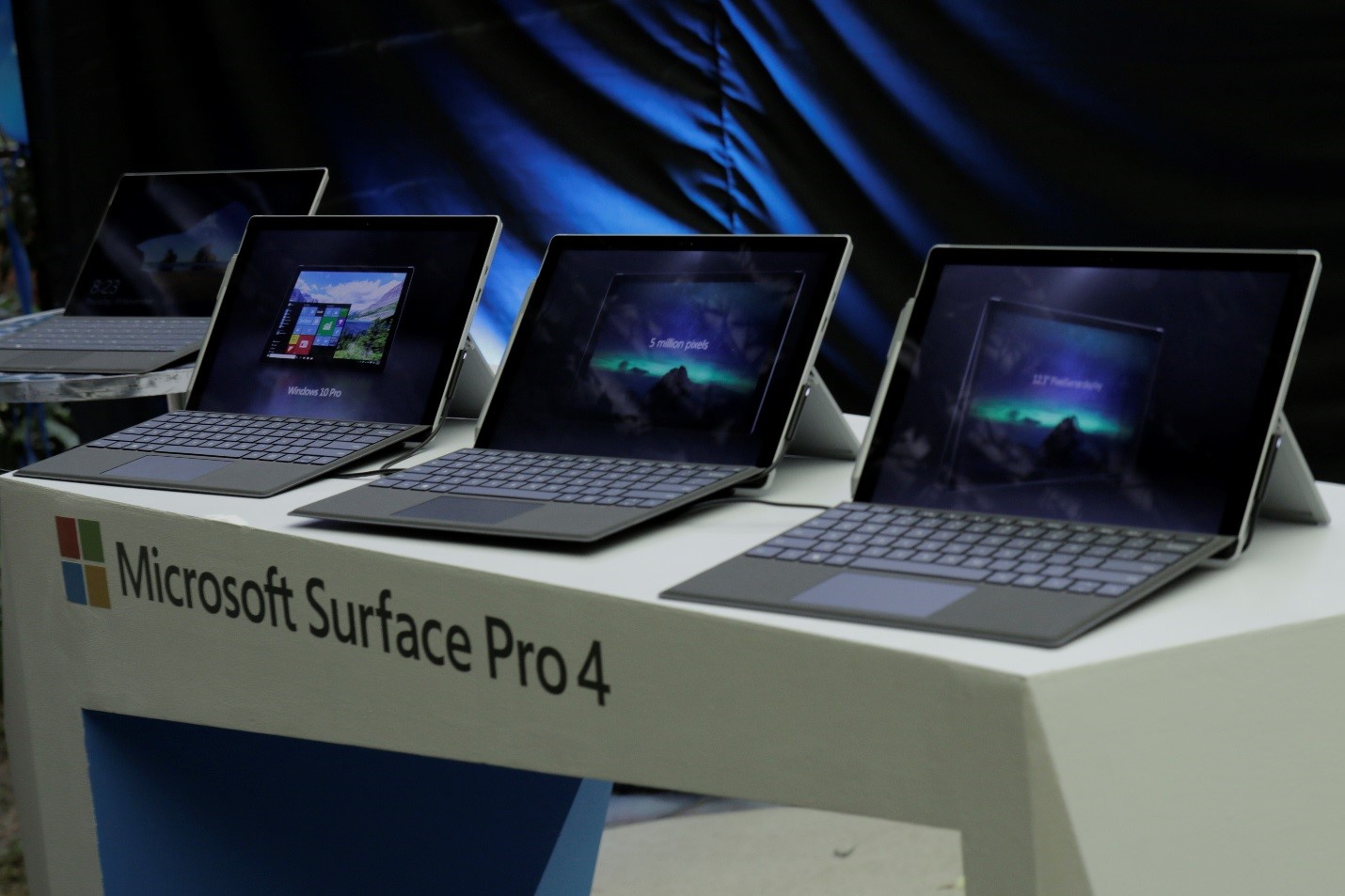 MICROSOFT Corp’s much anticipated premium 2-in-1 tablet and notebook device has landed in Malaysia, with premium prices in tow.

Starting at RM3,999, the entry model of the Surface Pro 4 comes with a Intel Core m3 processor, 4GB of RAM and 128GB of storage. The keyboard, dubbed Type Cover, is sold separately at RM529, bringing the total to RM4,528.

The average kit, decked out with an Intel Core i5 chipset, 8GB of RAM and 256GB of storage will set buyers back RM6,328 with keyboard included.

For those with deep pockets, the highest-end variant with an Intel Core i7 processor, 16GB of RAM and 512GB of storage will be sold at an eye-watering RM10,329, including the Type Cover.

Since Microsoft calls this a tablet which can replace your laptop (according to its marketing materials), it only made sense to actually include the Type Cover, otherwise it remains as a very nice but costly Windows 10 tablet.

Users who wish to connect the Surface Pro 4 to a large monitor, essentially turning it into a desktop PC, can opt to purchase the docking station at RM789. It provides additional ports and an ethernet jack for LAN connectivity. According to Microsoft Malaysia’s chief marketing and operations officer, Michael Golebiewski (pic below), the company is seeing an increasing number of young consumers (also known as millennials) using its Surface devices. “These young people demand ultra-portability and power at the same time, and we’ve given them what they desire through the Surface category,” Golebiewski said at the launch in Kuala Lumpur on Nov 19.

Quoting a statistic from its survey of millennial consumers in Asia-Pacific, he said 98% of Surface Pro 3 users would recommend a Surface device to family and friends.

The new model, a 12.3-inch tablet, retains the overall size of the product but is endowed with a larger screen and thinner bezels.

Powered by Intel Corp’s latest sixth generation processors and running on the company’s Windows 10 Pro operating system, Microsoft said this new model is not only 30% more powerful than the previous Surface Pro 3, but is also quieter, runs cooler and more power efficient with up to 9 hours of battery life.

The ‘PixelSense’ display provides a sharp 2736 x 1824 resolution and utilises the 3:2 aspect ratio, allowing it to be used comfortably in both portrait and landscape modes. Connectivity-wise, it comes with a full-sized USB 3.0 port, a Mini Display port, microSD card reader, an audio jack and a connection slot for its Type Cover.

The Surface Pro 4 and its accessories can be purchased at the Microsoft’s online store on shopping site Lazada.my as well as its nine authorised reseller stores in the Klang Valley. Consumers can also visit selected Microsoft authorised retailers and commercial resellers beginning next week.

Based on the growth trend of this product category in Malaysia, the company has increased its list of commercial resellers to more than 170 partners and the Surface retail partner stores to over 200 outlets across the country.

A forecast by industry tracker International Data Corporation (IDC) shows that despite an expected decline of 8% in tablet shipments in 2015, the 2-in-1 segment is starting to gain traction.

The research firm now expects the segment to grow 86.5% on year in 2015 with 14.7 million units shipped, as IDC believes the 2-in-1 devices appeal to an audience seeking an alternative to pure tablets with smaller screens.

In the Asian Millennial Report – a online survey conducted by Microsoft and research agency YouGov with 1,200 Asian youths under the age of 25 in 14 Asia-Pacific markets showed that 15% of them already have a 2-in-1 device, 42% wished to get a new 2-in-1, tablet or laptop device during the upcoming holiday season.

Golebiewski further said that 59% of Asian millennials want to have touch screens on all their devices and 41% want a digital pen to write on their devices.