Smaato raises US$25mil in Series E, SPH in funding round

Media giant Singapore Press Holdings Ltd (SPH) participated in the round along with private-owned Aeris Capital, Singapore-headquartered investment firm EDBI and other existing shareholders, Smaato said in a statement.

Smaato will use the new funds to fuel growth, operations and development of its next-generation platform focused on self-serve automation, the San Francisco, California-headquartered company said.

Smaato said its publisher platform (SPP) and SMX real-time bidding ad-exchange has rapidly grown its global footprint since January 2011, which was its last funding period.

It had 11,686 publishers at the time, now grown to 78,000 publishers which are able to monetise their inventory across 270+ ad networks and demand side platforms. SMX serves 90 billion+ ad impressions per month to more than 450 million unique visitors in the United States, EMEA (Europe/ Middle East/ Africa) and Asia Pacific. 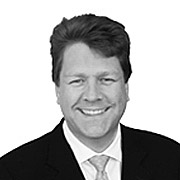 “With roughly 466% year-to-year growth in programmatic in-app advertising spend, mobile app developers want to have full control of their inventory and data in a self-serve model.

“As such, we will use this new funding to build out our next-generation SPP platform that will allow for these controls and automation of monetisation on scale across more than 270 demand sources,” he added.

SPH is the largest media company in Singapore listed on the Singapore Stock Exchange with revenues of US$991 million in 2013, Smaato said.

The new funds from the investors come at a time when there is large demand from global brands for access to regional publisher inventory through programmatic RTB, which involves online or mobile advertising inventory being bought and sold programmatically through instantaneous auctions.

Smaato currently has 117 employees and is rapidly growing, with 20 open jobs in its offices in San Francisco, New York, Hamburg, Singapore and Jakarta, it said.