According to the vice president of its Infotech division, Norhizam Abdul Kadir, one idea MDeC is considering is providing incentives for local board makers and electronics manufacturing services (EMS) players to extend their offerings to include low-volume, high-mix prototypes.

“Ideally, the plan is to help transform these players into agile or prototype manufacturers. We have agile manufacturers in Malaysia, but [the industry] is a lot bigger in China,” he told Digital News Asia (DNA) in Kuala Lumpur recently.

“Currently, if you are a designing an IoT product, your first order is probably going to be only 100 units. Try sending that to an EMS player, and the cost for one unit will probably be in the thousands of ringgit.

“That’s why most IoT players go to China instead – and that leads to an outflow of funds, and also a potential outflow of intellectual property,” he added.

In July, Malaysia rolled out its National IoT Strategic Roadmap, which the Ministry of Science, Technology and Innovation said would serve a guiding document to move the country into a regional IoT hub.

To position Malaysia as a regional IoT hub, Norhizam argued that it would be important for the country to grow its number of agile manufacturers.

“The IoT ecosystem in Malaysia is not robust yet. As a government agency, we want to ensure that the ecosystem is complete and everything is happening in Malaysia,” he told DNA on the sidelines of the IoT Malaysia: Solving Problems and Capturing Value industry event MDeC had facilitated.

“We have done a study to find out where the gaps are, and that [the insufficient number of agile manufacturers] seems to be the most glaring.

“The regional IoT ecosystem is already in place – if you want to develop something, you can always send it to China, but we need to build the ecosystem in Malaysia as well, so that we are able to accelerate the whole growth process to develop Malaysia into an IoT hub,” he added. It would not be easy to convince EMS players in Malaysia to extend their offerings and evolve into agile manufacturers. One reason would be that these EMS players could already be operating at nearly full capacity, and enjoying a healthy income producing a low mix of products in high volumes.

To convince these EMS players, Norhizam (pic) and his team at MDeC would need to create greater awareness of the potential of the IoT industry in Malaysia, and globally.

“It is an opportunity that needs to be grabbed,” he said.

Norhizam was tight-lipped on the types of incentives that MDeC plans to offer to EMS players or board makers.

“We are figuring out the incentives to support agile manufacturers – while I can’t go deeper into the details of when it will be launched, all I can say is, it is something that we are working on as a main strategy for 2016,” he said.

Besides the supply side, MDeC is also looking at incentives to boost the demand side, by increasing awareness of the IoT and how it can benefit industry, according to Norhizam.

“Machine-to-machine (M2M) communications has been in existence for many years – the E&E (electronics and electrical) guys have been adopting it as they moved from labour-intensive activities to automation,” he said.

However, traditional manufacturers are still lagging when it comes to automation, despite their over-dependence on foreign labour, which is getting increasingly expensive, he argued.

Not a pipe dream

Norhizam said he believes that Malaysia has what it takes to become the regional IoT hub, and MDeC is working its best to make this a reality.

“I don’t think it is a stretch goal; it is a realistic one.

“Malaysia has the advantage because we have been doing manufacturing for a long time. It has always been a key part of our economy. We have the talents too,” he added. 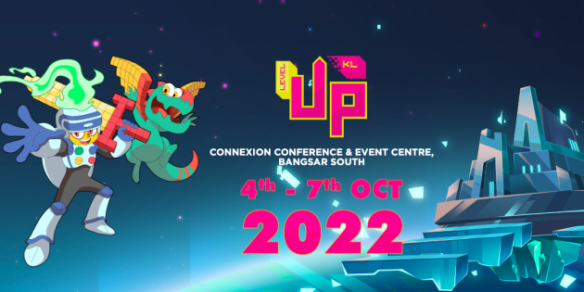