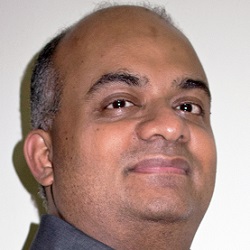 COMMENTARY IT is obvious to most people that if you wish to take lessons in how to make friends and influence people, a telco like Maxis would hardly be the perfect role model.

In fact, Dale Carnegie might have even considered the Malaysian company as the perfect reformation challenge – possibly an insurmountable one.

For those who came in late, I am referring to the latest uproar on social media caused by Maxis’ inept response to the postings of a few loyal customers on the lowyat.net forum.

What should have been a message to assuage a few annoyed customers has now turned into a full-blown social media firestorm.

As the saying goes, to err is human. But it takes a telco like Maxis to screw up on a monumental scale.

The problem with oligarchies

There are many now on Facebook and other social media networks who are of the opinion that Maxis has a customer service problem.

At the granular level, there is no question that the company's customer service department desperately need an overhaul.

But I believe that the current brouhaha is merely the symptom of a wider malaise – a problem of oligarchy and arrogance.

Maxis, along with Digi and Celcom, form the ‘Big Three’ in Malaysia, reaching over 28 million people. A perfect oligarchy.

As any student of capitalism knows, an oligarchy in any sector of the market results in very little competition or none at all. And this is the malaise at the heart of the telecom industry in Malaysia.

The Big Three are fat, rich and somnolent.

Maxis is hardly unique in its condescending treatment of its ‘captive’ customers. A few months ago, Digi was also excoriated for a network service failure in the greater Kuala Lumpur region and its response via Facebook that followed.

If you thought we have telcos with some of the worst customer service in the world, you would be wrong. Similar oligarchies exist in other countries as well, including the United Kingdom and the United States.

For years, Britain’s former government monopoly BT (British Telecom) was criticised for offering customer service via an office in India. This resulted many times in the Indian customer service representatives failing to understand the local British cockney and Geordie accents.

Of course, if you are looking for the very worst in customer service and oligarchic attitude, you need to go across the seas to the land of stars and stripes. Since Americans pride themselves on being the best (and biggest) in most things, it obviously has to be the same for bad customer service.

For a good example, see this partial recording of a conversation with a Comcast customer service representative. My guess is that many Malaysians who listen to that conversation would be ready to hail the glories of Maxis and Digi.

None of this is meant to excuse the pathetic response from Maxis to a perfectly valid complaint.

The real problem is that there is no immediate solution in sight.

Mobile spectrum space is obviously limited and there is no possibility of a few more carriers entering the Malaysian market. So there is no impetus for the Big Three to treat their customers better.

After all, where are the customers going to go?

Since that is the current ugly reality, Maxis should seriously consider publishing a potential bestseller, How to Annoy Friends and Disparage Customers. I even foresee a great co-publishing opportunity with the other members of the mobile telecom oligarchy in the country.