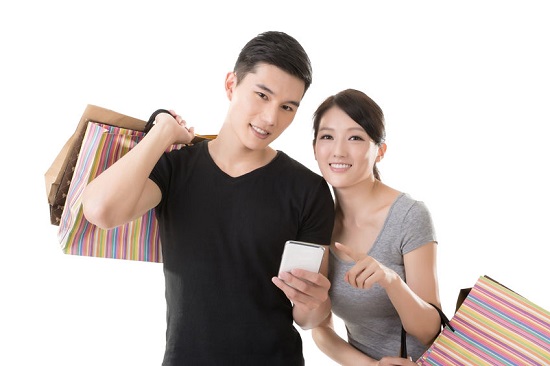 DIGITAL media connectivity in South-East Asia now rivals that of China, as more than 150 million consumers in the region are digitally active, with high levels of product search and engagement, according to a new report by Bain & Co and Google Inc.

However, while 250 million consumers are now connected via smartphones and 100 million engage in online transactions, e-commerce in the region is proving to be a tough nut to crack due to constraints in South-East Asia’s logistics and payments infrastructure, Bain & Co said in a statement.

Online retail represents a US$6-billion market in South-East Asia, but with online sales below 4% of total retail, the region still lags well behind developed markets and even other developing markets, according to the report Can South-East Asia Live Up to Its E-Commerce Potential?, released March 17. According to the Bain-Google report, which includes a survey of more than 6,000 South-East Asian consumers across Indonesia, Malaysia, Singapore, Thailand, the Philippines and Vietnam, digital influences just 20% of consumer purchases, particularly mobile phones, clothing and laptops.

The percentage is slightly higher at 44% in Singapore, but the country is poised for further growth as large parts of the region – mainly those outside Tier-1 cities – become ‘mobile first’ and leapfrog older technologies. While this does not yet match the pace of China – now a more than US$500-billion market – multinational retailers are finding it harder to ignore the region’s emerging influence.

“The growth of the South-East Asian e-commerce market is slow but significant, particularly when you consider that it started from a very small base in 2012 and has doubled every year since,” said Sebastien Lamy, a Bain partner and co-author of the report.

“We believe this region is on the cusp of a digital boom that is beginning to transcend e-commerce and impact sectors from travel and tourism to financial services and payments. Those that recognise its early potential in spite of persistent complexities will reap the rewards,” he added.

According to Bain, the biggest hurdle for e-commerce success in South-East Asia is the highly fragmented nature of the region.

Regionally-specific cultures, regulations, infrastructures and customer preferences make it difficult to establish a presence and build scale here, which is a deterrent for foreign-owned businesses.

However, local and regional players are thriving simply by providing a highly tailored customer experience. This includes competing on more than just price – more than 60% of survey respondents cited both experience and choice as a driver of loyalty.

Many local companies are also adapting to varying banking penetration across the region by expanding beyond credit card payment and door delivery and instead offering cash payment and pick-up options.

The Bain report also reveals that region’s consumers are still largely ‘site agnostic,’ purchasing from a large repertoire of platforms.

As a result, search has become a leading source for product research and discovery, led by the use of video, particularly in Indonesia and Thailand.

Social is also highly influential in building consumer trust around product quality and seller’s credibility – more than 80% of consumers use social media and over-the-top content to research products or otherwise connect with sellers.

“Our research is a ‘last chance’ warning for South-East Asian companies,” said Florian Hoppe, a Bain partner and also a co-author of the report.

“We’ve had a front-row seat to watch the digital disruption unfold in other markets – first the United States and Europe, followed by China and India.

“With a few regional differences, we know how it will play out here, too, but companies are running out of time to act if they want to stay ahead of consumer preferences and beat the competition,” he added. 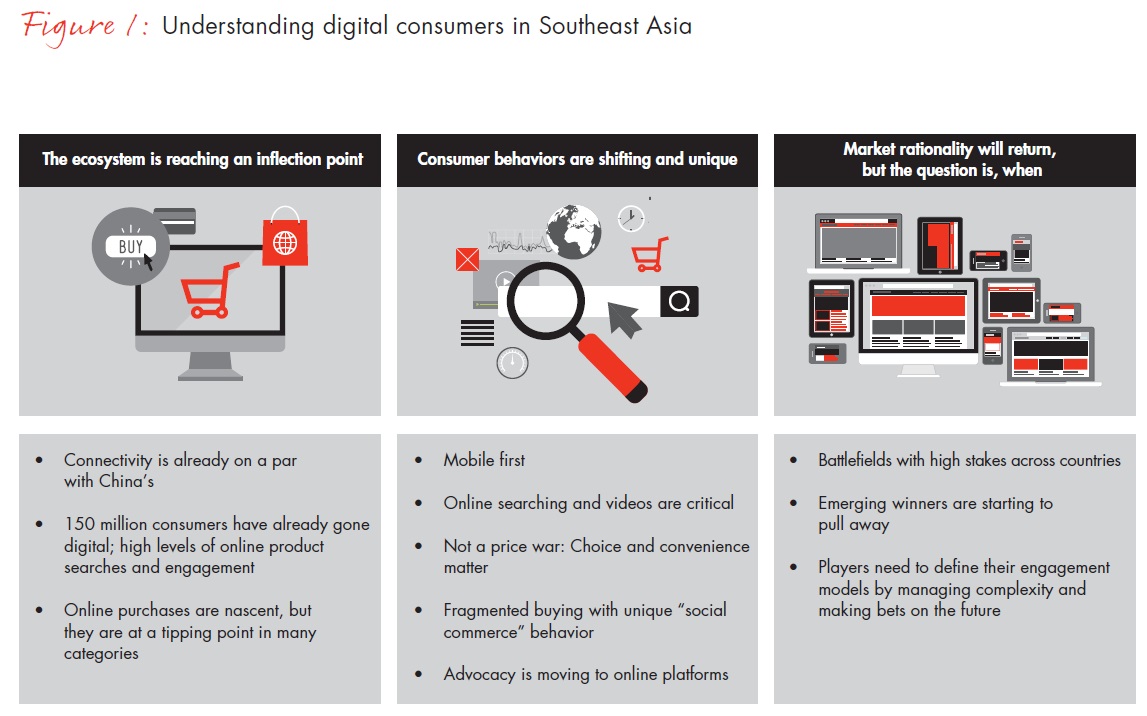