WITH its population of 250 million scattered across thousands of islands and isles, Indonesia’s healthcare sector is in desperate need of a digital overhaul – and perhaps more than just a bit of disruption.

“Currently, Indonesia only has 160,000 doctors to serve 250 million people – this is clearly insufficient and the gap is huge, yet this is all we have,” says Shinta Nurfauzia, cofounder and chief executive officer of Jakarta-based startup PT Konsula Amarta Nusantara (Konsula).

“The challenge now is to make the most out of the 160,000 doctors in the country, to enable them reach more patients, and to help patients find doctors more easily and quickly,” she adds, speaking to Digital News Asia (DNA) in Jakarta recently.

With this shortage, Indonesians find it difficult to locate and book doctors for proper healthcare service. This is a gap Konsula hopes to fill, with its platform that helps patients and doctors connect with as little hassle as possible.

“Since we can’t increase the numbers of doctors in the country, what we can try to do is to find a solution to eliminate long waiting times and make sure people can easily find and book their preferred doctors,” says Shinta.

According to Konsula’s own research, making an appointment with a doctor in Indonesia can take up to three-and-a-half hours.

With the online directory it has built, this process now takes only up to 15 minutes – this means that doctors can also treat more patients in a day, according to Shinta.

“Doctors can be found more easily, while patients can save time booking or making appointments with doctors,” she says. Konsula was founded by Shinta, as well as Johannes Ardiant and Ronald Wijaya – all three recent graduates from the United States.

The trio says Konsula’s mission is to help Indonesians get better healthcare access, despite the limited number of doctors and lack of infrastructure. This mission was enough to convince early-stage investor East Ventures to provide undisclosed seed funding for the company last October.

In an official statement issued then, East Ventures managing partner Wilson Cuaca said he believes that Konsula’s vision of digitising the country’s healthcare sector would bring huge benefits to millions of people.

To support its mission, the company has Konsula Search and Konsula Connect. The first is a directory of doctors as well as an online booking system, while the latter is a cloud-based solution for doctors to manage these bookings.

Konsula Search is free, and after being launched last October, now has more than 800 doctors listed.

Konsula Connect is going to be launched by the end of this month, and will be a paid service, with fees starting at US$18 per month per doctor.

“We envision Konsula as an end-to-end platform for healthcare in the country,” says Shinta.

“We will even take care of invoice and payment systems in the future, but in the meantime, our focus is on the doctors’ directory and online booking management,” she adds. Born and raised in Indonesia, the three founders want Konsula to lead the digital transformation of the country’s healthcare sector.

“Of course we want to be a global brand … but we need to lead our own market first,” says Shinta.

The company believes that its local approach will gain support not only from the doctors, but from the Indonesian Government as well.

But it took some effort to get where it is now. “We [the founders] had to go knocking on each doctor’s door to explain our ideas before the product was available, to get them to list on our directory,” says Shinta.

“That was an amazing experience because we got to know what the doctors thought of our service, and what they thought we should provide.

“These days, the doctors are actually our best marketers – word-of-mouth has really helped us,” she adds.

The company is receiving up to 40 applications every week from doctors wanting to be included in the Konsula Search directory, she claims.

The directory currently only serves Jakarta and its surrounding areas, but will expand to other cities such as Bandung and Surabaya by the end of the second quarter, according to Shinta.

“If you look at Konsula Search, you’ll see how we localised the design and content to meet domestic demand.

While there is great potential for Konsula to roll out its service nationwide, “we want to really be the leader in the Jakarta area, and then slowly expand our products and service to other cities across the archipelago,” she says.

The company will soon launch a mobile app for the Android platform, followed by an iOS version within the next two months.

Shinta says Konsula will also be announcing collaborations with healthcare organisations, doctors’ communities, and hospital chains early this year, but she could not elaborate at the moment.

MyDoc wants to help you choose the right healthcare provider 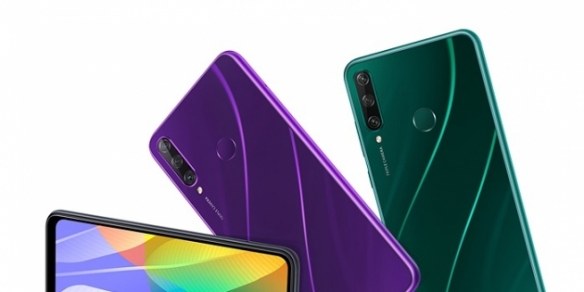