Week in Review: You know it’s a new world when the regulator – in Singapore – encourages risk

THE earth moved this week in Singapore when the nation state’s banking regulator, the Monetary Authority of Singapore proposed rules that will allow its banks to better compete with digital disruptors such as Alibaba by allowing them to invest in non-financial businesses such as e-commerce and digital payment platforms.

In a clear indication of the danger its regulators smell in the current digital infused environment with consumers especially showing scant regard for any financial heritage of the companies they now make financial transactions with, the rule books are being rewritten. Singapore Finance Minister Heng Swee Keat alluded to this as much when he noted that the proposed regulations will allow banks to better compete with non-banks in e-commerce and digital payment platforms.

“It’s definitely an exciting move by Singapore but I am neutral on the impact this could have because banks still have to balance risk when they venture into e-commerce and digital payment platforms,” says the co-founder of a leading regional fintech company.

I am actually tremendously excited with this move because even though there will be a cap in the investment banks can make – 10% of capital funds – that is still a lot of money potentially coming into the digital ecosystem. And, it sends a clear signal to every Brick & Mortar company that change is here and they must face up to it.

And it is not too late. I was asked if it was, earlier this week on popular radio station BFM, in response to Alibaba increasing its stake in Lazada Southeast Asia to about 83% – the first major news to hit SEA in this Hari Raya festive week.

It is not too late for Brick & Mortar businesses to adapt because e-commerce is still only about 3% of all commerce transactions in SEA. That is Ladaza’s estimate. To me that means that current offline merchants must face up to the fact that within 10 years, their trading business will disappear as they simply cannot compete with the scale of the new digital players they will face.

I know it sounds all too easy for me to say here, but they have to adapt and I think for all those who do not own their own brand, it is time to look for another business to get into or really excel at being a hybrid online and offline business, which according to Fave’s Joel Neoh, will be the future of commerce.

Oh, and even current online retailers will face their day of reckoning if they are in the same space as Lazada because scale will carry the day in the razor margin e-commerce world. And speaking of Lazada, the Malaysian unit has partnered with us to become the e-commerce partner for our upcoming eGames festival, HotShotz. There are lots of interesting activities going on that July 22-23 weekend so hurry up and get your tickets here!

What do you think? Is it game over for Brick & Mortar retailers and merchants? What about smaller online merchants? Will newly unleashed Singapore banks partner with the smaller e-commerce merchants to help them scale? How will this new equation change the e-commerce game?

While you mull over these posers, let me wish you a restful weekend and a productive week after.

Realise your Fabulous self 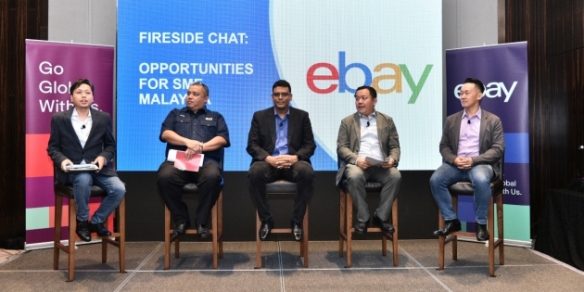