THIS week offered the usual plethora of startup-related news, but perhaps the most interesting development in the tech space was the launch of a new telco in Singapore, mobile virtual network operator (MVNO) Circles.Life.

The launch of any new telco immediately generates the usual questions over whether the market can accommodate a new player, as well as questions about the sustainability of the entire sector.

New telcos always start off relying heavily on digital technologies to keep their own operations lean and tight because – despite their outward bravado about taking on incumbents which are slow – they know they are in for the battle of their lives.

Suddenly, all those promising reports from their pre-launch customer segment studies go out the window when those same customers decide to stay on with the incumbents, after having got a special deal thanks to the entry of the new player.

How will Circles.Life deal with this? Let’s wish it luck.

In Indonesia, we seem to have yet another well-meaning but poorly thought-out regulation to be introduced by its Government. This is around the local content requirements for 4G smartphones sold in the country.

Depending on the importance of smartphones to your business in Indonesia, you will either find the new regulation amusing or greet it with more hair-tearing.

Meanwhile, Digital News Asia is running an experiment today with two versions of my interview with Ensogo Ltd chief executive officer Kris Marszalek. We are looking to see which angle will resonate more with readers.

The main crux of the article to me is about how South-East Asia’s much touted e-commerce market is quite a few years away from maturity. This means any e-commerce player must have a long runway to sustain itself as it builds its market presence and brand while waiting for the online buying wave to materialise.

[Or is the crux of the story that it has just undergone another round of massive layoffs – with more than half of its staff affected – as it restructures its business once again? – ED]

As a listed company, on the Australian Securities Exchange (ASX), Ensogo is under a lot more pressure to show meaningful progress, and this has caused it to abandon its previous e-commerce model and move to a B2C (business-to-consumer) marketplace where its app allows buyers from around the world to now buy from its merchants.

These merchants now come exclusively from China and South Korea, and have the ability to deliver cross-border. Ensogo believes the new model gives it the scale that its previous model did not.

Marszalek meanwhile highlights three main issues that are still holding South-East Asia back from achieving its much talked about potential: Payment systems are still not mature in the region, leading to poor customer experience. Logistics, despite the plethora of funded startups trying to solve this problem, is still a big challenge as well.

And finally, the most important, the buying power of South-East Asia’s middle class still needs to grow further before it hits a point that e-commerce can become sustainable for all the players clamouring for a piece of the pie.

Make sure you have a long enough runway!

Does Singapore have too many telcos? 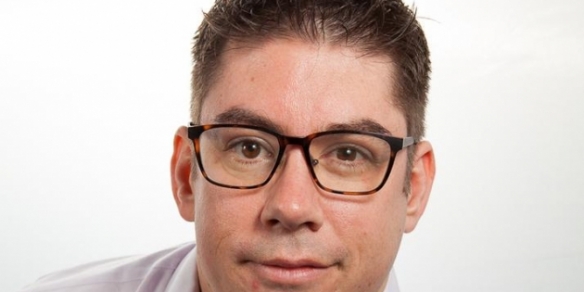