THE big event of the week in the region has to be Microsoft Corp chief executive officer Satya Nadella making his maiden visit to South-East Asia.

Not surprisingly, in an increasingly app-driven market (especially for consumers), Satya made a clarion call to all developers to create their apps on Microsoft’s platform, while plugging its augmented reality goggles.

It was the same message he shared in Thailand, his first stop, and in Indonesia – and no doubt, in Singapore today.

Satya’s call to developers is just the latest example of how being a geek has become uber-cool in this era.

Meanwhile, I moderated a session last night in Penang, where two entrepreneurs from an earlier era, both geeks, shared their journey at WebCampPg.

Coincidentally, both started their companies in 2000. Ganesh recalled that in those days, the assumption was that you were a geek if you told someone you were running an IT business. And they were likely to be correct as most of the founders of tech companies then had a technical background.

Both Ganesh and Chong had technical backgrounds.

WebCampPg is a monthly gathering of the startup ecosystem in Penang hosted by Piktochart in its massive office space measuring 25,000 sq ft. It is Piktochart founder Goh Ai Ching’s way of contributing to the ecosystem and fostering a closer sense of community.

While it seems the capital cities of the various South-East Asian countries inevitably draw the majority of startups to launch or be based from, Ganesh, who has been making a few trips to Penang as a mentor, likes what he sees of the ecosystem there, especially the engineering talent.

“I find that startups in Penang are more innovative, have better engineering capabilities and focus more on growing the business than on the hype side of the startup ecosystem,” he says.

Meanwhile, looking at the macro business ecosystem in Malaysia, panellists at Wednesday’s roundtable, What’s Choking The Road To Success, agreed that political patronage and government’s increasing hand in the private sector was a major choke point for SMEs (small and medium enterprises).

It was jointly hosted by Steinbeis Malaysia Foundation and DNA at Universiti Sains Malaysia (USM) in Penang on May 25.

But what do you do? Complain about it and surround yourself with fellow complainers? Or, just deal with it and try to move forward as best you can? That’s what the two entrepreneurs on the panel did.

Tan was a vocal critic of the heavy hand of government in private business and of political patronage, during the roundtable. But do you think he built an amazing business by being a complainer or a doer?

Meanwhile, Vigilenz Medical Devices Sdn Bhd CEO S. Choudhury, also has lots of reasons to grouse about the system and he does, but he keeps most of his energy to build his business and seek opportunity when it presents itself.

Being in the medical devices space and with revenue of less than RM50 million a year, his company is a SME but trying hard to break beyond the RM50-million revenue mark, and Choudhury is optimistic.

Coincidentally, we ran a story today on a Small Business Sentiment and Friendliness Survey ServisHero did involving 2,000 businesses across Singapore and Malaysia which are using its on-demand platform.

Despite challenges, they were gung-ho about growth. I guess it is just in the nature of entrepreneurs to keep most of their energy focused on the positives and opportunities.

ServisHero out to simplify digital marketing for local businesses

Not tech-savvy? You can still set up an online business with Shopmatic

U Mobile the first Malaysian operator to launch WiFi calling 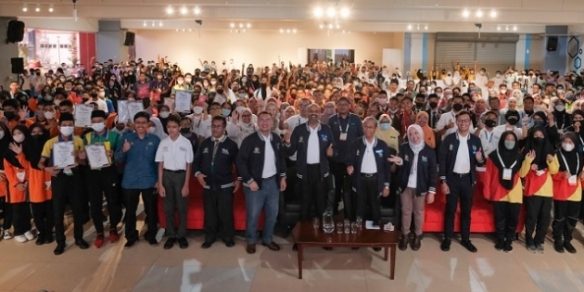