Week in Review: Online SMEs are Indonesia’s drivers of growth THE week just passed threw up some interesting news items with the US$15.77 million (RM64.5 million) funding raised by Indonesia-based P2P lender KoinWorks especially noteworthy as it raised the round mostly from Indonesian investors, including Bank Mandiri.

What struck me was that the CEO of Mandiri Capital Indonesia (the venture capital arm of Bank Mandiri) said that they made the investment as it allowed them to offer financial services to Indonesia’s future economic drivers – its online SME, who already transact more than UD$7 billion annually and will continue to grow.

Interesting too that Mandiri bank seems to distinguish between Brick & Mortar SMEs and their digital peers. In Malaysia, we would call digital SMEs, startups, really. And I am quite sure we do not track the online transactions of our startups, though I am certain their combined spend does not exceed RM1 billion a year. I am excluding Grab Holdings Sdn Bhd from this category because they have raised too much money, US$6.1 billion over 14 rounds of fund raising since its launch in early 2012, to be considered a startup.

And speaking of Grab, they too captured a share of the past week headlines with their latest move in search of new revenue streams taking them down the predictable path of tapping the advertising market. Its GrabAds will use its big data capabilities to allow consumers to enjoy new ways to discover, engage and receive deals from brands.

One immediate bright spot seems to be driver- and delivery-partners across the region who earned up to 10% in additional income after participating in past ad campaigns. It will be interesting to revisit this in one year.

Meanwhile, you won’t have to wait one year to attend DNA’s What’s Next conference as it is running this Thursday on 30th Aug and I am super excited that Malaysia’s young and dynamic Minister of Energy, Technology, Science, Climate Change and Environment, Yeo Been Yin will be the Opening Speaker. Even better is that Yeo will then join a no holds barred panel on “3 Things Malaysia Must Do To Accelerate Its Digital Economy”.

Besides all the cool speakers, I have to emphasize that EY’s Digital Roadshow with eight different environments where digital is helping Brick & Mortar companies grab opportunities from disruption will be another highlight of the conference. The visual above is one example of how VR is being employed to help retailers.  So get your tickets now if you want to see how VR is being employed in the retail world today.

But I’m not going to end with What’s Next. There was a lot going on last week and I want to end my column by congratulating the new CEO of Celcom Axiata Bhd Mohamad Idham Nawawi, taking over from Michael Kuehner whose tenure as CEO ends on Aug 31.

This succession is said to be part of a plan two years ago to appoint an internal talent for the next phase of transformation.

Axiate notes the enormous contributions made by Kuehner through his vision and relentless drive to transform Celcom into an agile and digital organization. It is now Idham’s task to take Celcom a few notches higher.

Here’s wishing you a productive week ahead!

One step forward towards becoming debt-savvy

Retail brands must adapt, evolve in this disruptive digital age 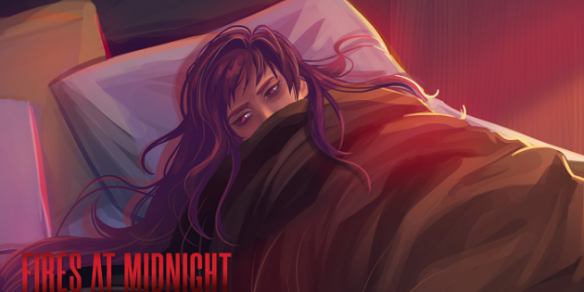