Week in Review: AI may run everything eventually, but it won’t be tomorrow

MY already bursting at the seams “to read” folder just welcomed a report on the impact of AI (Artificial Intelligence) by a global consulting company and another report by a global bank on disruptive technologies which had the thumb print of AI all over the disruptions identified.

And as I write this, I get a newsflash about Google and the US military creating an AI that writes its own software.

You can just imagine the kind of headlines this will inspire. It is yet another example of how the tech industry is just racing ahead of itself with all kinds of dreamy (and ominous) scenarios of a future world ruled by software and robots with sentience-like abilities.

If you are in danger of thinking this yourself, I urge you to read Edwin Yapp’s article about chatbots, as that will bring your euphoria about AI back down to earth.

As one of the major fields of study in computer science, AI is an umbrella term and encompasses subfields such as robotics, machine learning, machine vision, expert systems, general intelligence and natural language processing. Chatbots are in the mix as well, being powered by AI.

Edwin, who is also a DNA co-founder, spoke to Digi Telecommunications Sdn Bhd, about their experience in launching a chatbot and I was stuck by this comment from a Digi executive: “Self-learning can only happen only after we’ve trained the chatbot well with the right information. Within a limited context, the chatbot can infer certain things. For example, if a customer asks about international roaming, the chatbot can infer that his next question would be roaming rates. But that’s probably the limit to what it can infer.”

Looking at this real example and from a company that has the resources the throw behind a product, clearly the much vaunted self-learning abilities of any AI-powered product and service is still limited – notwithstanding what Google and the US Army are doing. And by the way, Digi’s chatbot was built on a Google software designed for conversational interfaces.

AI aside, Edwin’s article is a userful primer for anyone wanting to start their journey into using chatbots for the business. Among DNA’s latest batch of Digerati50 (2018-2019), Vic Sithasanan and Janet Teo of Hyperlab Solutions are building a regional service design firm Hyperlab Solutions Sdn Bhd, with chatbots as a key product. I am sure they have a lot to add to this conversation as well. And one of their clients also happens to be a large telco in Malaysia.

And speaking of Digerati50, do read about Dr Abu Hassan Ismail, founder and CEO of Prestariang Bhd who is arguably the most successful academic turned entrepreneur in Malaysia. While Digerati50 was published last month, with digital version available for download on our homepage, we are publishing each individual story on our Digerati50 on a weekly basis as well.

Read: Digerati50: ‘Break things before they get broken’

Speaking of the hype around tech products, my contributing editor, Dzof Azmi attended a MIT conference on emerging tech in Singapore in February and wrote a piece about quantum computing. It is not a subject we are hearing a lot about yet, but we will be as quantum computing is some really powerful kungfu at work. Yes, I know that is a totally weird analogy!

But I struggle to grasp how significant it can be and to understand it as well. Fortunately Dzof seems to have at least a handle on it. You can ask him all about qubits.

All I know is that the large tech companies in the world are throwing some scary smart people and significant R&D behind their efforts to deliver a breakthrough advantage for their company’s in this field.

I met some of these super smart individuals in a 2016 visit to IBM’s vaunted research facility, The Thomas J. Watson Research Center at its main laboratory in Yorktown Heights, New York. And I saw a built quantum computer. It stood taller than my 1.93 meters height and was about 2.5 meters long. It really looked like the old pictures we see of the first room-sized computer. No selfies allowed.

So how significant can quantum computing be? Well current encryption techniques are at risk. In 2016, the National Security Agency (NSA) released a prescient advisory saying that quantum-resistant encryption algorithms need to be developed. Enough said for now.

And I am running out of space for this week’s column even as I want to share more but do read the stories I have chosen as the pick from this week’s DNA lineup.

And before I sign off, with nominations now closed and candidates identified for the upcoming GE14 in Malaysia, I urge all Malaysian readers of DNA to please answer the questionnaire we ran recently. We did not get enough responses back for a meaningful statistical analysis. We need close to 100 more responses for our partner in this survey, the Business School of the Multimedia University to do their analysis. So please get to it by Monday night latest as we close the survey at 9am on Tuesday, May 1st (is it May already?).

Times are a-changin for the data centre industry in Malaysia

Nominations open for EY Entrepreneur Of The Year 2018 Malaysia awards 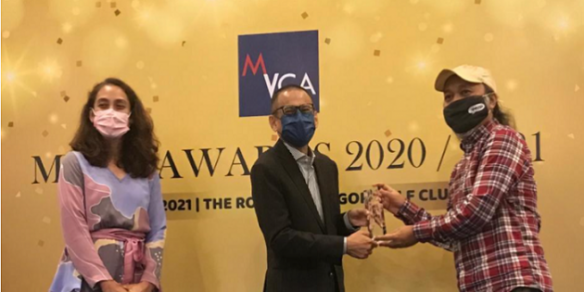