Week in Review: Advice from an executive on the frontlines

ONE senior executive who has been up close and personal with the impact of digital disruption is Chari TVT, who until his recent retirement, was the chief financial officer of Axiata Group, one of the top telcos in Asia with over 300 million customers.

As ground zero for the disruption caused by digitization in the spheres of personal and work life, telcos were also the first to respond – giving Chari a front row seat in observing the effectiveness of the various responses across the 8 markets Axiata has a presence in.

The sum result of his exposure has led Chari to urge all traditional companies to relook their business models, to sharpen their focus on their pricing strategies and as the enabler for the first two strategies, to train and upskill their talent in the areas of data and analytics.

And, in a sign of how digital disruption is now an organizational priority, not just among senior management, Chari delivered this message not to a tech or telco crowd but to an audience of HR practitioners at the annual Human Resource Development Fund conference and exhibition. But I have already touched on the conference in last week’s message, today my focus is on the points Chari was driving home.

And for the CEOs out there, if you think you don’t have enough on your plate already, Chari strongly believes that an organization’s data and analytics drive has to be led from the front and top by the chief executives themselves.

It’s all fine to appoint a chief data officer or data scientist to reflect their seriousness but Chari is of the belief that the data drive will only be taken seriously by the entire organization, and that’s a key distinction, if they know that the CEO has personally taken an interest here.

Chari saw this effect first hand when he was seconded by Axiata to become the CFO of Celcom where he saw how Shazalli Ramly, then Celcom CEO, personally drove the telco’s efforts to become a more data savvy organization.

Chari also made the point that organizations cannot just rely on their data experts to extract maximum value from the data. Calling the data executives nerds with little business/commercial savvy, the monetization of an organization’s data is best achieved through cross department teams with marketing and commercial savvy people involved.

That’s advice worth heeding from a seasoned senior executive well familiar with dealing with disruption. Infact, Chari also urges companies to reskill and upskill their talent as being among the best approach to dealing with how the nature of work will be disrupted as well.

Interestingly, while we are all concerned about how work will be impacted by higher levels of automation, be it through more powerful software or robots, it is well worth remembering that business, especially manufacturing, has been dealing with the effects of higher automation since the time of the Model-T assembly line during Henry Ford’s era.

I just got a reminder of that last night in a conversation with a senior executive of a leading listed company. In the mid-80s the executive spent three years in Japan working on his doctoral thesis on – Manless Manufacturing!

While recent projections have the Japanese population shrinking to below 85 million by 2100, the country was already trying to deal with a reduced work force since the mid 80s with the automotive manufacturers leading the way.

My point is that despite higher levels of automation in manufacturing, there are still enough jobs being created but only for those with the right skill sets and that’s why reskilling and upskilling have to take on a greater urgency today. Because the robots, indeed they are not coming, they are already here.

With that, I wish you a restful remainder of your weekend and a productive week ahead. I am going to ponder further over my own relevancy as a journalist.

2018: Machine learning will become the most important technology since the Internet 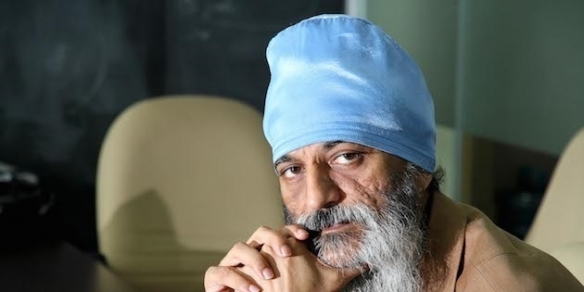