MARK Chang, JobStreet.com founder and chief executive officer, recently emailed me, and was very apologetic, saying he felt that he could have been more helpful to me in my entrepreneurial journey. “But, I’ve just been so busy running my own company,” he said.

I think he will be even busier moving forward seeing how the jobsDB is gunning to have a stronger presence in Malaysia and to eventually try and dislodge JobStreet in Malaysia!

However, I immediately responded to Chang that he has already been immensely helpful. It was his investment into BFM that enabled Malek Ali to attract other investors in and launch what I think is the best darn radio station in South-East Asia.

And Malek gave Digital News Asia (DNA) an immediate slot on BFM when he heard that we planned to cover local entrepreneurs trying to do great things around technology. This was in April last year, even before DNA went live on May 14, 2012.

Our ecosystem has benefited greatly from the Thursday noon slot that DNA has on BFM because we talk mainly about what is happening in the Malaysian tech space, and the conversation is heard by the over 250,000 people (BFM’s estimate) who listen to the station every day.

It introduces our tech world to many people who are not in our space but who are potential angel investors; parents of future entrepreneurs; and corporate players whom our entrepreneurs will need to reach to sell their solutions.

For instance, right after yesterday’s (Oct 17) show I got a message from a guy who heads the innovation unit at one of the largest telco groups in Asia. His message? “Power interview on BFM. Great listening.”

So, Mark – “You’ve helped plenty already, to both DNA and the ecosystem.”

And the emerging robustness of our ecosystem received a resounding vote of confidence from Adeo Ressi, founder of the Founder Institute, during the inaugural graduation ceremony of its pioneer batch in Kuala Lumpur last week.

In fact, Ressi was so bullish about how the various parts of our ecosystem are coming together that I found myself starting to wonder what he had been smoking! Especially when he said he was going to personally make one investment per graduating batch, starting with the second batch!

And just yesterday, I had a quick coffee with a venture capitalist from a Silicon Valley-based fund, and he told me that Malaysia pretty much has all the pieces of the puzzle together already when it comes to the systemic building blocks of the ecosystem.

And any weaknesses that we still have are not unique to us, as most countries trying to build their startup ecosystems are grappling with the same issues.

But he feels that with the quality of the talent he has seen in the Malaysian startup ecosystem, from both the entrepreneur and policy side, that we will probably overcome those weaknesses faster than anyone else.

And I also met a journalist with a US-business publication who was down for the recent Global Entrepreneurship Summit and he too expressed his belief that it seemed like Malaysia was well on its way to becoming a strong location for entrepreneurs to launch their startups.

Now, for all of us who are cogs in that ecosystem, we just got to do what iTrain’s Bikesh Lakhmichand urges entrepreneurs. “Malaysians complain too much. Just stop talking about the weaknesses and focus on doing and working really hard.”

Chances are a fair number of us will succeed, because, all in all, we do have a pretty darn good thing going here.

Have a good weekend.

By the way, this week’s most popular article was, DeliverEat acquires ChopChop, shores up northern frontier 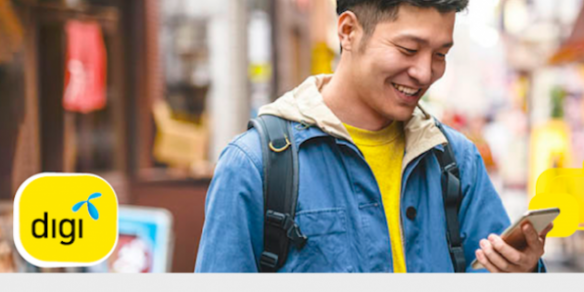