Woon must have mentioned PC Fair and IT retailers at least a dozen times. Clearly it is a top-of-mind issue with him and his fellow committee members. After all, the days of this cash cow, which Pikom has rode on to become the most active and prominent national ICT association in Asia, are coming to an end.

Almost at their wits end too, are a group of IT retailers who openly question the value of them remaining in Pikom and who are threatening to break away – all because they are struggling to earn a decent living selling PCs.

Change is definitely in the air.

Woon senses it and so does his committee. The question is, what replaces PC Fair? Can Pikom do its own pivot and capture the next big consumer wave? Does it even need to? Has it enough in the kitty to invest in other instruments which bring it decent returns that it can survive the end of PC Fair?

Because the end will come. The word PC itself tells you that. The world is all about mobile now, represented by smartphones and tablets. Both are segments in which Pikom's IT retailers are, at best, fringe players. The dynamics of this segment are different too, versus how PCs are sold.

The telcos are the key players here. Most smartphone consumers tend to buy their phones through bundled packages direct from the telcos. No IT retailer in sight here. And no telco booths at PC Fair hawking their smartphone packages either, though they are there to push their broadband packages and dongles. The days of IT retailers offering the best deals at PC Fair are long gone too. The likes of Best Denki, Harvey Norman, YHS Electrical are all able to offer consumers great deals with their own promotions. This is reflected in the lower attendances at PC Fairs the past few years.

Beyond offering a car as the lucky draw (pic) to entice consumers to the recently ended PC Fair, Woon acknowledges that Pikom has a huge challenge ahead in making the right call to find the next great consumer wave.

Pikom has actually identified ‘digital lifestyle’ as this wave but its past three Digital Lifestyle Expos have not been as successful as Pikom had hoped, and it is seriously looking to reposition this expo.

With the market intelligence of all its members, many of them successful tech companies run by entrepreneurs and multinationals, surely Pikom will have enough of a sense of the future to reposition its Digital Lifestyle play?

But then when I look at Nokia, I also think, “Surely all the smart people at Nokia can find the right strategy and reposition the struggling company.”

But so far they haven’t. Is this an ominous sign for Pikom? 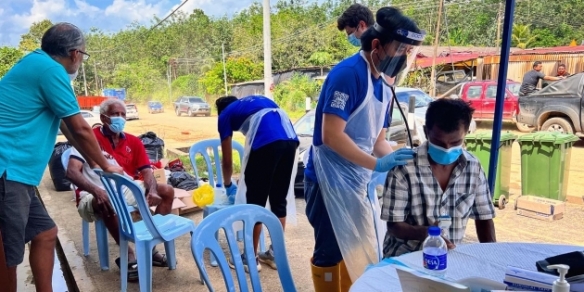