THE ugly spectre of public university R&D (research and development) came to the forefront on Wednesday (Nov 6) when I heard Dr Mohd Irwan Serigar Abdullah, Secretary-General of the Ministry of Finance, share his frustration over our universities’ lack of success in commercialising their research efforts.

It is an ugly topic for me because I have been writing about this topic since 2002, and I can assure you, all the articles make for grim reading.

And what’s worse is that I suspect there have not been much improvement, hence Irwan’s “I could cry” remark in the article I wrote Thursday.

I had written another piece on this same topic in January 2009, which pointed out that the various Technology Licensing Offices (TLOs) had failed miserably because they had made the mistake of employing academics and clerical staff to these units, which had to play the all-critical role of bridging the business and academic worlds.

The chairman of a government agency, a former vice-chancellor of a public university, pointed out that efforts to create a successful TLO failed for various reasons, including allowing academics to deal directly with the private sector. “You will get a lot of problems and legal suits too,” he had said.

The then recently appointed vice chancellor of University Malaya, Dr Ghauth Jasmon, had introduced a new policy of encouraging its academics to become millionaires. I quoted him saying, “We really want to encourage those who have done good research to become millionaires by commercialising their work.”

I am not sure how well that has gone, but I will ask Ghauth, who incidentally has just passed over the reins of vice chancellor to Dr Mohd Amin Jalaludin.

While I could go on with various examples, the bottom-line is this: The weakest link that I see in our ecosystem is the poor contribution from our public universities.

And we all know that one of the anchors of a thriving tech ecosystem is the presence of world-class universities which contribute to the ecosystem via the students they produce and the faculty’s contributions, either through their market-centric or even blue field research, and through their involvement as advisors or mentors.

None, if any, of this happens in Malaysia. I can’t think of any startup or established tech company that has an academic on their board or just playing any meaningful role. That’s an indication of what entrepreneurs themselves think of our academics.

Of course, this also applies to private sector universities but when it comes to R&D, we should expect more from the taxpayer-funded public universities, specifically the five ‘Apex’ universities which are supposed to focus on R&D&C (research and development and commercialisation).

But no ROI (return on investment) seems to be forthcoming from the five, aside for some rare examples.

Why is this? Accountability, or lack thereof, I would venture.

I think when it comes to our TLOs, the people put there must be expected to get results and if they don’t, they lose their jobs. Too often in the past, and probably even now, the heads of the TLOs just get transferred out when they can’t show results.

If this happens I bet you will see more TLOs spending time engaging with industry and trying to match companies with the researchers from university. The researchers already have to conduct research that serves a market need. The push from their TLOs would ensure that if they don’t go out to engage industry, the TLOs will bring industry to them.

And that at least would be a good start. But we need TLOs that are engaged and have their necks on the chopping block if they fail to deliver results.

All the vice chancellors in our public universities are aware of the importance the Government is putting on R&D that can be commercialised, but it is a puzzle to me why it seems like they just don’t take this seriously enough. Till they do, this part of the ecosystem will remain a blot.

It’s not all bad news in the ecosystem though – our most-read story of the week, Malaysia too small a market? Dotcom heavies weigh in, was about how Malaysia shows more promise than most credit us with. 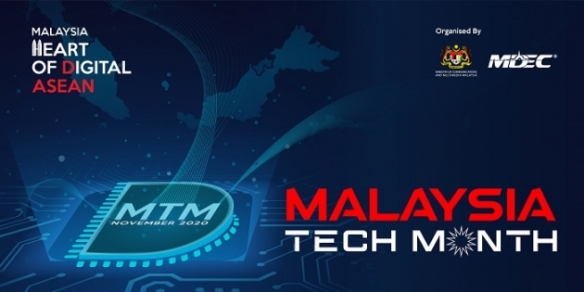