The times, they are a-changin’

IT is the hit song from Bob Dylan that premiered in New York on Oct 26, 1963. Dylan was 22 years old and living in a society that was seeking to make sense of and deal with the political and social changes.

The times were particularly poignant for college students and young people. The US Government was flexing its muscles overseas while the Vietnam conflict was escalating. In 1962, US attempt to overthrow Fidel Castro in Cuba (Bay of Pigs) failed and the country almost got into a nuclear confrontation with the Soviet Union (the Cuban Missile Crisis).

The Civil Rights movement was active and Martin Luther King gave his famous ‘I Have a Dream’ speech in August 1963. In November, US President John F. Kennedy was assassinated.

The hippie movement gathered momentum, although the term was not formally used until 1965.

Now, 50 years later, we are barely recovering from the global financial crisis that ignited the Occupy Wall Street movement which highlighted the growing gap between the ‘haves’ and the ‘have-nots.’ Rightly or not, responsibility for the financial crisis was placed at the foot of ‘greedy’ bankers, currency traders and hedge funds.

This time though, one wonders who is going to be held responsible for the disruptions arising from the Fourth Industrial Revolution, since we have a huge spectrum of technologies and companies involved. We really don’t know the answer to the above question, although in the short term – and especially in developing countries – we are likely to see job losses.

In startup circles, we see a number of new companies create jobs, albeit in small numbers, that attract young entrepreneurs’ intent on making tomorrow better than today.’

However, we see huge layoffs at large companies: Malaysian Airlines, Petronas, and IBM, among them. Disk-drive manufacturers Seagate and Western Digital are closing their plants in Malaysia.

These layoffs are the sad reality of the Volatile, Uncertain, Complex and Ambiguous (VUCA) world that we live in.

In these circumstances, companies and teams understand they need to be more agile and responsive to changing customer needs.

If tomorrow is going to be different from today, then change is inevitable. I think we all accept this, and are looking for ways to work smarter and stay relevant.

Job uncertainty is the new normal and something that employees and managers understand, yet when my co-author and I interact with leadership teams, we often hear about their struggle to effect change.

This feedback is odd since we are firmly of the view that people do not resist change. But yes, they will resist being changed!

Leadership needs to address this issue and answer the question that is being asked by the rank-and-file, which is: What’s in it for me? And the answer needs to be sensible and coherent. Ginny Rometty (pic), who was appointed CEO of IBM in 2012 and paid a salary of US$1.6 million for 2015, is an example in point. In January 2016, the IBM board – made up mainly of corporate CEOs – awarded Rometty with 90% of her target bonus for the previous year.

Her bonus was US$4.5 million, including stock options. After the award, she announced massive job cuts amounting to almost a quarter of IBM’s 380,000-strong workforce!

Contrast that to my experience at Singapore Shipyard in the 1980s, when the oil and gas industry hit a downturn. Bonuses for the prior year were not paid but accrued and staff benefits were cut for everyone from the CEO down.

And later, when the market recovered but not the share price, our bonus pool was distributed as shares instead of cash.

Twitter CEO Jack Dorsey cut 336 jobs (8% of the workforce) in October 2015, offering departing employees a generous severance package, and at the same time contributed a third of his shares in the company to the equity pool for employees.

It’s the right thing to do and something that comes naturally to entrepreneurial managers. Just as Kodak waited till Fujifilm established a lead in the digital camera market before it realised that its plan to slowly ease into the digital world was not going to work, companies today need to change before change is forced upon them.

The tragedy at Kodak was the reluctance of senior management to evolve to a new business model that would have allowed the company to stay relevant. Instead, they desperately held onto the sale of film and the picture-printing business.

About 20 years ago, one of us [the writers] worked at A&W. It started franchising in 1923 and got to Singapore and Malaysia in the 1960s. A&W was best known then for its handmade (at the store) root beer, served in frosted mugs. This table service restaurant featured foot-long hot dogs, fresh waffles as well as the usual burgers and fries.

When the US-based fast-food restaurants of McDonalds, Burger King, Kentucky Fried Chicken took off, the management of A&W attempted to follow suit.

Unfortunately, a combination of changing consumer preferences and the difficulty of moving away from table service meant that the brand lost its appeal and eventually faded away.

Technological changes can be even more damaging

The battery business is a little unique in that new technologies (chemistries) tend to co-exist with older ones as they end up being optimised for particular market. That is the reason that lead-acid battery chemistry used in cars, although invented in 1859, is still in use.

The newer lithium-ion technology that Sony Corp commercialised in 1990s for its mobile phones is now finding application in electric cars. Not many technologies have had such a long lifecycle.

Business models, or frames as we prefer to call them, that do not take advantage of currently available technologies, are destined for failure.

The ambitious mobile phone communications consortium Iridium, formed by Motorola, is an example of a flawed business model that cost investors US$6 billion.

Conceived by a Motorola engineer in 1985, the idea was to put a constellation of satellites into a low-Earth-orbit (LEO, an altitude of about 780km) to allow individuals to make phone calls from mobile phones.

The system would require a constellation of 66 satellites. Work started in 1987 and the first satellites were launched in 1997, with Iridium going public in June 1997. The service commenced in November 1998, but by August 1999 the company had filed for bankruptcy.

The business model was flawed for several reasons: The cost of calls was too expensive; the handsets were too bulky; and using the phone required one to be in the open and establish a line-of-site with the satellite.

US cellular subscriptions were at 10,000 in 1985 but by 1998, when Iridium went public, there were 69 million subscribers and call costs were falling rapidly. Unfortunately for Iridium, it meant that its market was shrinking daily.

This was a problem of thinking about the business in a static, business model sense, rather than a flexible business frame.

In April, Malaysian carmaker Proton was given a RM1.5-billion rescue package, bringing temporary relief for the 12,000 employees and about 50,000 indirect employees at its vendors. [RM1 = US$0.24]

Proton has seen a dramatic fall in market share from a peak of about 70% in 1990s. Motor Trader statistics for the period of January to May 2016 reveal that the Proton market share is 13%, down from 16% the previous year.

Market leader Perodua increased its market share to 35% from 34% in the same period. It had a market share about the same as Toyota, Honda and Proton combined.

The fall from grace for Proton has been steep and with changing car technologies, it is unlikely that this small player, with an annual volume of about 80,000 units, will be able to survive as an independent company.

One hopes that unlike the management of Kodak, the folks at Proton realise they don’t have much of a runway before the company falls off the cliff. 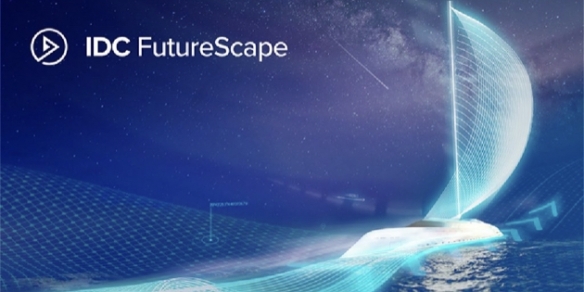