BIG data analytics (BDA) is taking off in a big way. According to IDC, the big data and analytics market will reach US$125 billion worldwide in 2015.

The International Institute of Analytics (IIA), a leading independent research and advisory firm, predicted that big data analytics tools will be the first line of defence in 2015, combining machine learning, text mining and ontology modelling to provide holistic and integrated security threat prediction, detection, and deterrence and prevention programmes.

Yasmin Mahmood, chief executive officer of Malaysia’s national ICT custodian Multimedia Development Corporation (MDeC), is also optimistic about BDA and said that it could benefit society, the Government, and businesses in the country.

MDeC is also the agency overseeing the Multimedia Super Corridor (MSC Malaysia) project, which aims to boost the ICT industry in Malaysia.

Many MSC Malaysia companies are already investing in BDA and are clearly seeing the relevance and benefits of data analysis. They are viewing it as a means to improve decision-making, and as a requirement for companies that want to remain competitive and employees who want to remain relevant.

With that in mind, let's take a look at quite possibly the most popular and important worker in the data analysis arena – the accidental analyst. Accidental analysts are everywhere, masquerading under the guise of their supposed full-time jobs. They’re everything from marketing specialists and HR (human resource) directors to financial administrators and sales managers.

No specific educational or professional background is required to become an accidental analyst. In fact, the only thing you can say for sure about accidental analysts is that when it comes to their official job description, data analytics is nowhere to be found.

In either case, the time has come to shed light on these unsung heroes, and in the name of better overall analytics, figure out how to free them from their undocumented responsibilities.

Simply put, an accidental analyst is the person you and your colleagues go to when there’s a need for data analysis – whether it’s running reports, downloading data from systems, or creating a quick quarterly recap.

She doesn’t think herself as a business analyst, nor is she expected to produce analytics as part of her regular tasks. She’s simply a helpful, can-do person who knows her way around data and has likely demonstrated proficiency with a self-service-styled analysis tool other than Excel.

The creation of an accidental analyst almost always unfolds in the same predictable way. Needing to create a report for an upcoming review or presentation, the accidental analyst takes the time to become proficient with whatever self-service reporting tool to which her company’s employees have access.

Her presentation impresses, and word quickly spreads among her peers that she knows how to access data and create great reports.

After all, her thinking goes, it’s just one time and it’ll take five minutes.

Five minutes and one time quickly becomes 20 hours every month, and before she knows it, all of her department’s analysis flows through her. She’s now an accidental analyst.

(Not that she’ll ever get credit for it. After all, how many of her coworkers’ are likely to begin their presentations by thanking her for doing all of the work for them?)

I started this article by noting the increased importance of data analytics to the survival of modern businesses for a reason. As valued and valiant their contributions are, the use of analytics is also too critical to the success of your business to place the entire burden of data analysis on a single accidental analyst.

If you’re a manager or business leader relying on the prowess of single accidental analyst (or if you’re an accidental analyst whose actual job has become what you do in your free time), now is the time to reshape the way your organisation thinks about analytics.

Here are a few tips to make it happen: 1) Teach instead of do

Let’s skip the ‘teach a man to fish’ routine, but instead of helping out your peers by creating reports for them, help out by setting up training sessions that will enable them to learn how to do it themselves.

If you’re a manager, see to it that all of your team members put in the time and effort necessary to become proficient with the company’s self-service reporting tools.

2) Collaborate instead of disseminate

You might think that being (or relying on) an accidental analyst is a good, safe way to ensure reporting consistency, but the workload that comes with it inevitably grows to the point in which you become a bottleneck. If everyone is waiting on you, well, that’s a lot of waiting.

Instead, focus on creating a collaborative, communicative environment between data owners in the IT organisation and the analysts-in-waiting in your business.

With modern day collaboration tools, both IT and analysts can enjoy the freedom of self service, while guaranteeing the security and validity of data.

Sound analytics is not about quickly pulling together a report for an upcoming presentation. It’s about using information to make smart decisions, and doing so in near real-time.

This can only be achieved by spreading the knowledge of the accidental analyst to others in the organisation. As a business leader, it’s your responsibility to foster an environment where data analysis is everyone’s job rather than no one’s job.

Make no mistake: No one should be trying to suppress the skills and abilities of the accidental analyst. Those are skills that as a manager you should be eager to cultivate.

The only way to do that, however, is to remove the burden of data analysis that comes with being an accidental analyst, and replace it with the freedom and agility that comes with being one member of a team of employees all dedicated to making analytics an integral part of the company’s success.

After all, success doesn’t happen by accident.

Analyse this: Three ways to use data to drive productivity 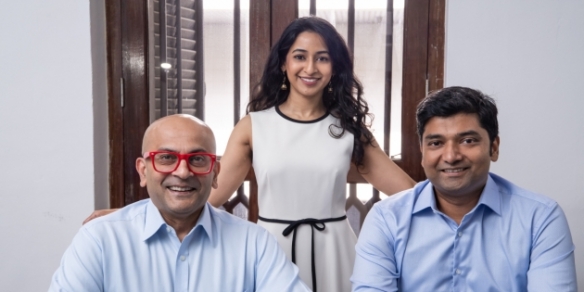