And again, the Malaysian government funded, Malaysia Venture Capital Management Bhd (Mavcap) will be the lead investor in Durians II, with Mavcap CEO, Jamaludin Bujang telling me that they are really happy with the progress made from Durian I, which made a total of 119 investments.

Being a government funded VC, I asked Jamaludin if Mavcap's funding came with any conditions attached and he said that it does not. “For, while the fund will look at high growth companies in the region, I do believe that there are enough high growth startups in Malaysia as well.”

And if you read Ng’s article that DNA will run tomorrow, talking about what’s even more important than money, you will not be surprised to see the excitement the Indonesian market has for them as well. It is growing from not just a population aspect but wealth aspect as well.

And to support that, the GSMA, the association that represents all the telcos in the world, just published their inaugural ‘Global Mobile Trends’ report with some interesting data on Indonesia and Myanmar.

I highlight these two as they sit within SEA, which is the market most startups in the region are targeting. Please do download the report as it will be very handy for you, especially when you want to look at current mobile related data for Asia.

Now, Ng is not the only person excited about Indonesia. So are we at DNA, and with that, I am excited to announce that we are going to organise What’s Next Indonesia 2017 in January with International Data Corporation (IDC) as our Knowledge Partner.

“IDC Indonesia’s decision to support DNA as a Knowledge Partner for the upcoming “What’s Next?” Jakarta leg was after reaching a conclusion of DNA’s credible and analytical reporting of the SEA ICT market, which is synonymous with IDC Indonesia’s independent and realistic view of the Indonesian ICT market,” says Sudev Bangah, country manager for IDC Indonesia and IDC Philippines.

The timing is brilliant as after organizing two What’s Next conferences in Kuala Lumpur, we know that large corporates are already on the way to dealing with the challenges of digital disruption and they are hungry to know what their peers are doing. And Sudev notes that Indonesia organizations are still at the beginning of their adoption curve, but he describes these as “adhoc” in their digital transformation journey, with their roadmaps still “IT based” rather than “Digital” roadmaps.

Bringing in an interesting lineup of brick and mortar CEOs from Indonesia and Malaysia, with some VCs and hot startups, we aim to create a conference that excites them over the opportunities they have, rather than to be fearful. Watch out for more announcements on What’s Next Jakarta! 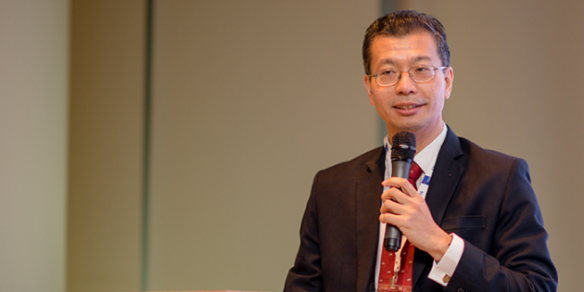