OKAY, so I admit I got right and properly outraged when the story broke last week over Samsung’s mishandling of two India-based bloggers during the IFA conference in Berlin, Germany.

How dare they treat them that way? Threatening to strand someone in a foreign country is just simply not cool, and for refusing to be a shill for the company no less.

"What I found distasteful was the manner in which Samsung appears to have behaved throughout the process,” said Marcus Osborne, a marketing strategist at branding consultancy FusionBrand I happened to be discussing the issue with.

There was no way, from a public relations perspective, could Samsung have come out of the debacle looking anywhere near innocent.

Yes, Samsung failed to properly communicate expectations. Yes, they failed to listen when told repeatedly by the bloggers that they will not be doing any promotional work. Yes, the company’s handling of the issue, courtesy of a couple of executives from the lower rungs of the corporate ladder, added jet fuel to an already simmering fire.

And while I am in no way defending Samsung for the appalling way the entire episode was handled, we have to recognize that there are always two sides to every coin.

Much of my righteous anger was lost upon learning that the bloggers in question were signed up under the company’s Mob!lers program.

For those unaware, it is a community of active Samsung mobile device users who are offered the opportunity to participate in the company’s marketing events across the world.

When I reached out to an ex-Samsung public relations executive for his take on the issue, he had this to say: ““I think a lot of people fail to realize there are bloggers, and then there are bloggers. In general, blogger outreach is uniquely challenging because unlike traditional media where you're really dealing with a news organization, for bloggers you're dealing with different personalities and different expectations.”

As he rightly points out – if you check the Samsung Mob!lers site –the program is targeted at amateur social media enthusiasts who happen to also love Samsung products. The main aim being to reward such loyal fans and give them a chance to participate in activities they would not otherwise have an opportunity to.

“Arguments aside of whether that makes them free labor, these activities make up a part of the brand and is exactly the experience many of these consumers look forward to,” he added. It's unfortunate (and confusing) that Samsung segmented the program into Reporters and Promoters -- by choosing the term 'reporter,' it gives the impression the role involves “real reporting”.

“It does not,” said my ex-Samsung contact. It invovles the "creation of social media content for publishing and aggregation mainly on Samsung-owned content sites. I don't think that's true journalism of any sense. But people are commenting as though Samsung are forcing or threatening real journalists to write nice things about them.”

“So in essence, I feel people are just barking up the wrong tree. It was never a press junket, and should not be argued as so,” he concluded.

And I wholeheartedly agree.

DNA’s executive editor A. Asohan already had his say over this issue last week and brought up some pertinent questions on the “unhealthy” eco-system that revolves around brands, public relations practitioners, bloggers and journalists.

While there are indeed enough horror stories afloat in the industry about such "threats", using this incident as a rallying cry for journalists not to be cowed by the demands of advertisers does more harm than good.

First of all the duo in question obviously did not read (or chose to ignore) the fine print which comes along with signing up for such blogger outreach programs.

These programs are, in essence, glorified brand ambassador initiatives and it is well within the right of the company to set down the ground rules for playing their game (and well, you know, it’s their money).

By putting your name on that dotted line, you are agreeing to those conditions. It is naïve and arrogant to assume that you could sign up for such a program for the access and not have to deal with the strings which inevitably come attached.

It honestly would have made for a better story had these bloggers been contacted individually outside of such a program, and then been subjected to the treatment that they had. The rules of engagement differ greatly when you are talking about engaging media with an invitation to check out a conference taking place overseas versus corralling a group from a pre-registered fan base to an event to be snap-happy.

Today, the lines have blurred to the extent that the medium upon which one chooses to broadcast content is no longer a good indicator of the “what” a platform or publication truly is.

There are true-blue working journalists out there with only a blog to their name, and on the other side of the spectrum, self-proclaimed hacks with nothing more than a flashy website to help perpetuate a lie.

What it has (or should be) boiled down to is having the distinction made based on one’s work, in tandem with the actions and conduct which accompanies it.

So to those bloggers out there who believe themselves to be “journalists”, stop acting like one only when it suits you.

And that includes staying away from blogger outreach programs and its lure of goodies and easy access because you have made the conscious decision to define yourself as existing beyond that definition.

You’re either in or out my friend, and if you’re in, it’s time to start acting like one, all the time. 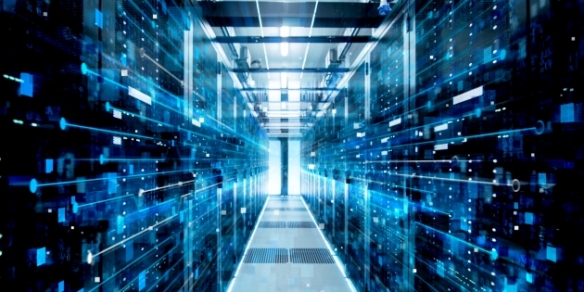