DON’T for a moment be lured into thinking that Budget 2013 offered very little for the ICT industry. It is just that there was no sexy announcement of a new multimillion-ringgit venture fund nor of a start-up grant or yet more money for the creative industry, etc.

We are now moving into the new wave of government support for the ICT industry which will be mainly policy- and regulatory-led to remove cumbersome and outdated legislation and bureaucracy. Funding will still be there, but expect it to become more surgically targeted.

And there are enough funds in the ecosystem, as acknowledged on Sept 27 by Dr V. Sivapalan, chief evangelist at Proficeo Sdn Bhd, when moderating a Cradle Coach & Grow discussion involving five government grant recipients from various programs. “There are enough funds out there in the system, both private and public. If you can't get any funding or grants, perhaps you may want to look at yourself and your business model rather than blame the system.”

There was talent development support, yet more money into R&D, to the tune of RM600 million, and there was the two huge ICT-related announcements, both policy-based with huge positive implications moving forward. One was the incentive of providing a tax deduction equal to the amount of investment made by an angel investor in an early stage business. Credit must be given to Cradle Fund Sdn Bhd and Nazrin Hassan for their persistent focus on this issue.

As Cradle highlights, currently, there are four angel clubs in Malaysia and around 150 angels, with a total investment of less than RM10 million in the last two years. As high net worth individuals start to realize the implications of the policy, expect the numbers to skyrocket, giving a turbo boost to the ecosystem.

The other policy boost was providing tax incentives and tax exemption for companies that invest in a subsidiary company that undertakes commercialization of R&D findings. This delighted Ganesh Kumar Bangah, Group CEO of MOL Global Ltd who also hailed the angel investment boost. Collectively, the Budget prompted Ganesh to declare: “Budget 2013 is the best gift that the Government has given to the Malaysian ICT Industry since the formation of the Multimedia Super Corridor in 1995.” 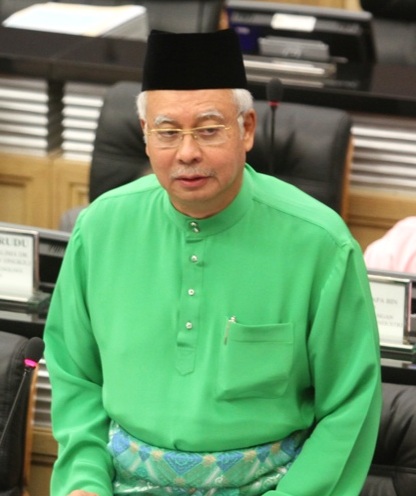 It won't happen overnight but if MDV puts the right person to spearhead this and it executes the valuation model with relentless determination and ensures the financial sector is a key partner in this, I expect to see a sea change in the way universities, research institutes and private sector look at research efforts and any IP that comes out. The biotech sector will get a big boost from this too as I have come across entrepreneurs who have invested into R&D only to be frustrated as the current ecosystem in the country has no expertise to put a fair value to their IP that they can then take to the bank as collateral.

For a nation aspiring to be knowledge-powered, digitally-driven and innovation-inspired, the efforts to create a robust IP collateralization system has been under appreciated until now.

Picture courtesy of The Malaysian Insider