“OKAY, you’ve got the money! But you have to be Singaporean now.”

That comment, uttered by the head of a startup accelerator to a founder after a call with an interested venture capital (VC) firm, sparked much laughter and jokes about getting thinner due to the lack of good food down south that night.

At the time, genuine joy over a Malaysia-born enterprise getting the funding it desperately needed, overshadowed the harsh macro-level reality such a development indicated. Little did I know this would only be the tip of the proverbial iceberg.

Sitting in the auditorium at a Singaporean university months later, watching a portfolio presentation by a major VC, something happened that I never thought would: I became a patriot. Well, for five minutes, at least.

“This is a Singapore-Malaysia startup we invested in two years ago,” said the VC on stage with a flourish of his PowerPoint slide controller.

“Singapore-Malaysia? Excuse me?” I mentally spat in indignation. “How about a Malaysian-born and grown startup that shifted its headquarters down south because it got your money?”

Look, don’t get me wrong. If any founder were to ask, I’d say go where the money is. Go where you need to go to keep your dream alive and wherever those signing the cheques request of you for taxation or branding purposes.

There is no room for sentimental attachments around nation and state when it comes to business. You do what needs to be done.

So why was I so worked up over one ‘formerly Malaysian’ startup? Well, perhaps because I knew for a fact that it got its start thanks to one of the many government seed funds available to entrepreneurs in the country.

Look, if your startup was powered 100% by private money from day one, you can say you’re from Narnia and I wouldn’t give two shakes. But if you took public money, you ought to throw them a bone, really.

So much money has been allocated toward the enablement of entrepreneurs over the years in this country, with the hope that not only would lives be changed but the local economy too – be it via knowledge transfers, jobs, services or, yes, even tax revenue.

But what happens when startups up-and-leave after getting their Series A or B funding – especially when you think about the lament about the need for more ‘success stories’ in the ecosystem?

Does it still count if they launched in Malaysia but made their names and fortunes elsewhere?

To get a better grasp of the situation, I had a long conversation with Nazrin Hassan, the chief executive officer of Cradle Fund, an agency under the Ministry of Finance.

He candidly admitted that Malaysia’s funding ecosystem remains incomplete, with 60% of funding coming from government sources. There are only nine VC firms in the country.

“There are seven times more VCs in Singapore and our guys are in need of funding at every stage, not just the early stage,” he adds.

There’s no doubt that in the bigger picture, Singapore has been more successful in attracting global financial muscle onto its soil, thanks to its business-friendly policies and topnotch infrastructure.

In Singapore, they have the problem of their startups packing up for markets like Hong Kong, New York, London and, of course, Silicon Valley.

Is there any way to address this ‘startup drain’? Nazrin believes so, pointing to one strategy currently being pursued by his own agency: Co-investment.

In June, Cradle and Cradle Fund and Singapore-headquartered seed fund Golden Gate Ventures (GGV) announced a one-to-one funding partnership to fund up to five companies a year with an annual total allocation of RM2.5 million (US$761,000).

Such a move is intended to send a message to startups in the country: You can start here; you can grow here; and you can still get global funding and value-add here.

Nazrin says that since the partnership was announced, his agency has got quite a few queries from foreign venture firms in establishing a similar arrangement … which is a good sign.

The recent Budget 2015 speech by the Malaysian Government also held some glimmer of hope, with Prime Minister Najib proposing that paid-up capital for startups to be set at RM75,000 with a one-year work pass for eligible expatriate startup entrepreneurs for those enrolled in the MaGIC Accelerator Programme.

This bid to attract more expatriates to the country – which follows the Startup Chile model – will bring quite a few benefits to the Malaysian ecosystem, and not just via the added chance of attracting international money that somehow naturally follows international founders.

The diversification of the startup scene in the country would also mean more exposure and an accelerated maturity path for the environment local entrepreneurs are active in.

In Nazrin’s view, there’s also something to be gained from leveraging on Singapore’s marketing polish and financial might within the region.

“Not unlike how China leverages on Hong Kong,” he notes, despite my pained look at the comparison and pointing out that the country isn’t exactly a prime destination for liveability.

“Yeah, but they’re still the bigger market right?” he replies.

It still doesn’t quite address the very real problem that within Malaysia’s own borders, there are very few sources of funding for a startup at any stage that doesn’t have government handholding involved.

But alas, this is a game measured in decades not months, though the rapid-fire pace that startups spawn, sparkle, and often fade may imply otherwise.

The private sector must step up but they haven’t and there’s only one way to convince them otherwise – incentivise them.

“The private sector still doesn’t want to go beyond the usual play of equity and property investments. It’s hard to pull them into our little domain, which is high risk. You need to incentivise them; there is no other way around it,” says Nazrin (pic).

Which makes the on-going push by the Technopreneurs Association of Malaysia (TeAM), through its Policy Institute, for corporate and double tax deduction incentives to be introduced all the more critical.

Nazrin offers the following statistic as an example of the long road ahead: “It took the United Kingdom seven years to get its first 1,000 angels, even with the attraction of London and all its sophistication.”

Why does this all sound so familiar to the intense discussions I’ve had to endure about football and the smorgasbord of approaches to teambuilding?

When asked about the similarities, another veteran startup observer laughed and quipped: “That sounds about right. We’re QPR (Queens Park Rangers) lah! We’re in the English Premiere League for sure but man … we’re suffering!” 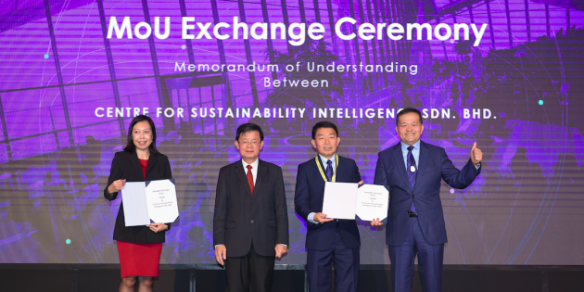