THINGS appear to be changing in the tech funding landscape as quickly as the underlying technologies. Stateside, venture funding is drying up, while in Asia/Southeast Asia (SEA), huge gushes of capital still flow, but the taps appear to be slowly closing.

I guess this correlates with what’s happening in the wider financial landscape. The era of easy money, of near-zero interest rates in the developed world, is coming to an end after eight long years. With its demise, some degree of much-needed normalcy appears to be returning to the tech landscape.

This is hugely important.

Last time around, the dotcom bubble popped with an almighty bang, but this time, touch wood, no such explosion yet. But the self-examinations that must surely ensue are very important, and once the dust clears, some important conclusions can be reached.

Firstly, that equity funding is the costliest form of capital to its founders. The earlier the stage of one’s firm, the more stock financiers take in exchange for money proffered. But no amount of self-justification can soothe the pain when one finally exits, though at a vastly reduced ownership.

I have seen this up close and personal, in at least two recent cases. One is a transport app which relinquished control to a conglomerate in return for its vehicle inventory and maintenance support. Another is an animation company that allowed far more than 50.1% to pass to a financial backer.

Both ceded majority ownership at a very early stage of their businesses.

Having done so, the founders have lost control of their businesses, effectively relapsing into what they went into business to avoid in the first place: employment, and reporting to a ‘boss’ -- which is what their new majority owners are.

As the British publisher Felix Dennis famously once said, ‘ownership isn’t the important thing, it’s the only thing’.
Better to stay small and grow organically over ten, twenty, thirty years than fizz, white-hot, like a firecracker, before quickly fizzling out.

Secondly, as with the wider financial markets, money is not free. Nor will it be abundant forever. At some stage in business life, reality must set in and the P&L must make sense. Too many entrepreneurs have read too many headlines and made too many trips to ‘The Valley’, before returning home to the motherland hoping to make it happen here in Malaysia.

To which one must therefore state simply: ‘enough of sipping from the Kool-Aid already!’ One is in business to make money. It’s as simple as that. Or, in old-school parlance: to maximise profits and minimise costs.

Dazzled by unicorns in ‘The Valley’ and headlines of multi-bagger IPOs in New York, Hong Kong and London, entrepreneurs are making the same mistake the first-gen dotcom entrepreneurs made in the late Nineties. Which is to say, being overly fixated on ‘regional expansion‘, ‘economies of scale’ and ‘exit strategies’.

It’s a point TIME dotCom CEO Afzal Abdul Rahim makes abundantly clear: that entrepreneurs must go back to basics. That the first and only priority is to make the business work. To prove the model right. And to stop fixating on things like valuations and multiples.

Third: that Malaysia/SEA is not the United States and therefore cannot (should not!) revel in the same circumstances.

Entrepreneurs have to make peace with the fact that this is not a 320-million-strong marketplace made homogeneous by one common language and which benefits from an ecosystem developed over a couple of centuries.

ASEAN (Association of Southeast Asian Nations) may be a region of 600 million, but that’s where the similarity ends. Unlike the States, ASEAN is a fragmented bloc spread over ten nations with vastly disparate wealth, education and social levels. It is further separated by thousands of different languages and dialects, religions, cultures and beliefs. Oh, and there’re the small matters of the seas and oceans, too.

Unicorns are therefore an anomaly in this region, and of those that exist, are beneficiaries of a number of catalysts that might not be repeated again, such as timing, strong family backing and first-mover status.

Fourth, with a return to market normalcy, there is a correspondingly narrowing window of opportunity for exits and trade sales.

Which again is also good, because not only will it allow company founders to refocus their energies and attentions on the business model/operations, but it will also force them to get their heads out of the clouds (where the ones and zeros from an IPO or exit) is befuddling their minds.

But that’s not to say the dreams must end. Not at all.

Tech disruption is here to stay, and to whoever that succeeds in e-commerce, online travel, fintech, gaming, ride-sharing or any one of a dozen sectors in varying stages of disruption, well, congratulations to them.

But know this: as surely as your technologies are disrupting the Old Economy, the rules and customs it plays by are boomeranging back to you.

The winner, surely, will therefore be the ones who marry both worlds most elegantly. 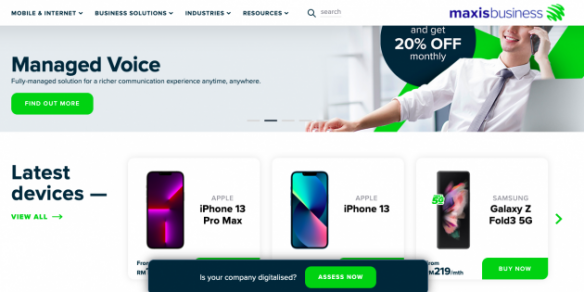