LEGACY networks that were designed for an era of ‘best effort’ services and non-mission critical applications have remained unchanged for the past 20 years and have significant limitations.

They have become inhibitors in meeting ever-growing social business, cloud, mobile and big data compute requirements where virtualisation is the norm and agility is the currency of the day.

In this new era, the data centre is becoming the ‘front door’ of the organisation, where it can directly impact how fast companies can respond to the competition and customer requirements.

This is an era where customers interact with businesses through technology much more than face-to-face engagements – as evident from the myriad of devices and apps in use.

This means networking in the data centre must become more agile, dynamic and automated.

This transformation of the network, called the New IP (Internet Protocol), is characterised by virtualised and software-based network services running on commoditised hardware. It is also driven by customer demand for open architectures and open-source technologies to avoid vendor lock-in. 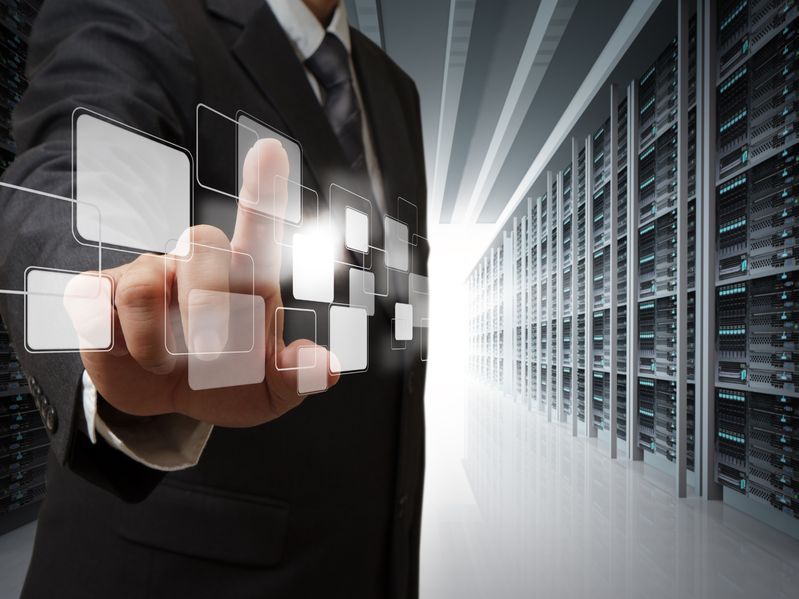 The key consideration is that it needs to support automation inherently and respond to a variety of automation tools at the Control Services (i.e. SDN or Software-Defined Network) or Orchestration layer.

The Services Layer is where Network Functions Virtualisation (NFV) sits. NFV is revolutionising how network services are provisioned and deployed.

Because NFV runs on industry-standard x86 hardware platforms instead of custom hardware from traditional network vendors, it promises true capex (capital expenditure) savings, as the cost of software and x86 server hardware are magnitudes lower compared with traditional proprietary devices.

More importantly, it promises the kind of agility never possible before. Because network services like routing, firewall, load balancing, etc., can be run and provisioned like the way virtualised applications are done, rolling out applications with the associated network services can be almost instantaneous.

This compares to having to procure, rack and connect hardware-based network and security devices, which could take days if not weeks.

Another important element is the need to have better visibility and analytics of the network and applications.

Today’s virtualised data centre means that with private, public and hybrid cloud, applications can reside in and be moved to any data centre anywhere in the world, creating a data centre without walls.

This is where visibility and analytics will help with security, compliance and even with service-level agreements (SLAs).

The Control Layer builds on top of the Services Layer with a centralised way of controlling network and security devices without having to touch them every time there is a new business requirement or change request.

The Software-Defined Network (SDN) provides an abstraction where business applications can dictate how the network should respond based on the application requirement, whether it is to find a route with higher bandwidth or simply to ensure the web application can talk to the database application regardless of which rack or even which data centre they reside in.

Instead of letting individual devices decide how to move traffic based on constant re-configuration at the command-line interface, there is now a programmable network-wide level of intelligence and control.

The true innovation with SDN is the ability to have a plethora of SDN applications communicating with the SDN Controller via standing application interfaces to dictate how the network should behave – all managed from a central location.

An open-sourced SDN controller will ensure the innovation never stops and that there is no vendor lock-in.

But with NFV, the same tool can now be used to do the same thing with network services. In fact, network resources can be spin up or down automatically based on thresholds in consumption and usage determined by the business.

What should companies do?

Businesses that embrace the New IP will find that they can respond to competition and their customer needs a lot faster. So what should companies do to prepare for this transformation?

Firstly, there is a need to have a paradigm shift in how the network has been provisioned and managed. The days of box-by-box command-line interface configuration – which tends to be reactive – will soon be over. Companies must pursue automation and simplicity in order to achieve agility.

Secondly, there has to be a plan in place to prepare the network infrastructure for virtualised network services and programmatic access. For example, companies could make sure that new network devices that form the physical underlay support OpenFlow. Or they could work with vendors and partners to develop platforms that can bridge the gap for controlling existing aging devices.

Thirdly, companies should start thinking about bringing in new skillsets around DevOps. This could be re-training of existing staff or bringing on board new people with such skills.

In the meantime, they can work with vendors with such skills to help bridge the gap through training and professional services in software development and scripting.

The New IP creates new opportunities not just for vendors but also for companies deploying it. The agility with which businesses can move in response to market conditions will not only help with customer retention, but attract new ones as well.

The transformation has already started with many businesses learning and testing such solutions, and companies which chose to stand still will be left behind.