The most influential CEOs on Twitter, and how they got there TRADITIONALLY, leaders’ ability to influence has been based on the extent to which they harness their power and strength. Authority and the ability to guide others through hardship have historically been central to the growth of leaders from military generals to CEOs (chief executive officers).

But in today’s digital age, a new kind of ‘democratic leadership’ has emerged, a process by which engagement is much more bi-directional: From top to bottom and bottom to top.

The advent of social media has driven this change in social dynamics and new research shows that the most influential CEOs today are social leaders, open to listening, engaging in dialogue with stakeholders and responsive to their followers.

People increasingly want to see their leaders on social media, which is where 80% of chief executives from the world’s biggest companies now do much of their bidding.

CEO ‘sociability’ is critical to building trust and loyalty. Research shows that 82% of consumers are more likely to trust a company whose CEO engages on social media. Meanwhile, 78% of professionals prefer working for a company whose leadership is active on social channels.

As reflected by the Twitter Influence Index (TII), not being on social media is by now far more detrimental than hiding away in the corner office.

Engaging and telling the company’s story is becoming essential for CEOs, especially as the millennial generation demands and expects its leaders to be digitally savvy.

As John Legere, CEO of T-Mobile (ranked #12 on the TII) said last year, “Who’s on Twitter? My customers, my employees, my competitor’s customers. And I hear every minute of every day how we’re doing and what we need to do differently.”

The secrets of the most influential

The index, developed by the ‘Young Promising Leaders of Twitter’ (YPL) – Jecolia Tongzh, Edric Subur, Theodoric Phay and Amanda Ng – under my mentorship and with the supervision of Frederique Covington, Twitter International marketing director, measures how influential the world’s top executives are on Twitter, based on engagement data (the quality of their tweets) and volume (the quantity of their tweets) between January and August 2015.

The TII is composed of the most successful 100 CEOs on these measurements, the top 20 of which are below. 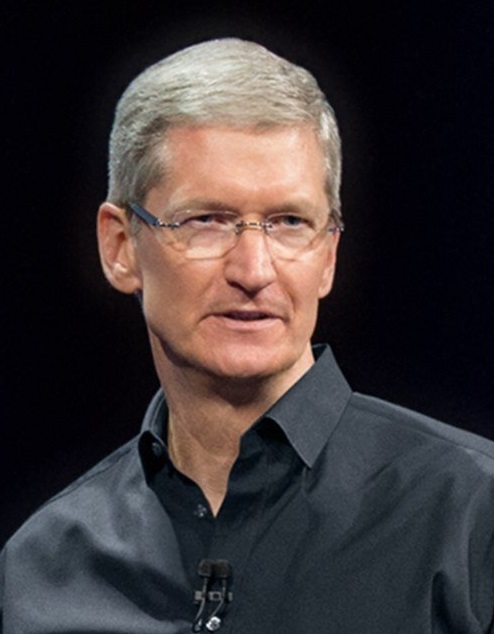 Looking at the top five, it’s clear from the leader, Tim Cook (pic), that less is more. Cook tweeted only 50 times during the study period, but he garnered almost 2,000 retweets per tweet (high quality engagement).

Cook’s tweets are short and typically personal. He tweets about customers, thanks his staff for big launches, and even trumpets causes (LGBT rights, for example).

The case of Bill Gates, who has around 15 times the followers of Cook but only gets half the retweets, tells us two things: The secret is in the quality not the quantity of your tweets, and the same applies to followers.

Gates is high on the index because of the popularity of his humanitarian work and his hopeful updates on causes, such as disease cures or the progress of women.

Elon Musk epitomises the hip and happening. Through his short teasers, such as “it’s time,” he speaks the language of his followers and inspires them with his ambition. His tweets embody his values, attitude and passion for “innovations now.”

Richard Branson stands out for his humility. He regularly shares tips and even stories of personal failure from his younger days, sharing lessons and experiences for the benefit of all.

The personal nature of the top CEOs matters. A comparison of CEO engagement against that of their companies, showed that a CEO’s personal handle (their Twitter name) has significantly more influence than their corporate brand.

Bill Gates, for example, averages 2,365 engagements per tweet, while the GatesFoundation Twitter handle has a rate of 119.

Reflection of the times

Of the 100 CEOs ranked on the index, 38% came from Forbes 2000 companies and 75% from the billion-dollar startup companies list.

Given the popularity of disruptive startups and the propensity of millennials to follow their founders, big company CEOs should join them.

Sadly, the lack of female representation on the TII reflects the remaining gender gap in business.

CEOs of American companies also dominate, representing 73% of the TII. Asia Pacific represents the second biggest group at 15%, including five Asian CEOs listed within the top 20, among them Tony Fernandes of AirAsia (pic below) and Anand Mahindra of the Mahindra Group. This suggests that while Asian CEOs are still reluctant to share their personal lives on social media, big opportunities await them if they do.

The activity of the most influential leaders on social media increasingly reflects emerging leadership practices which will likely define the future of management.

Not only does it provide compelling insights on how leaders are followed and admired today; it also paves the way for what the organisational structure of 21st century might be: More local and more distributed with a leader in sync with the company and customer ecosystems.

David Dubois is an Assistant Professor of Marketing at INSEAD and a programme director of Leading Digital Marketing Strategy, one of the school’s executive development programmes. This article is republished courtesy of INSEAD Knowledge.