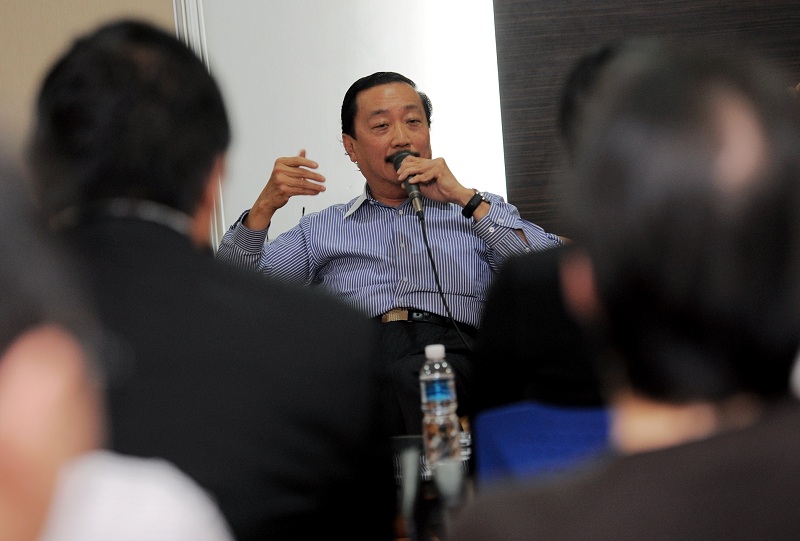 For those interested in the role played by Vincent Tan (pic above), the angel investor and now main shareholder of MOL Global with a 69.3% pre-IPO stake, it is all laid out in the preliminary prospectus. This includes the long list of companies that Tan, one of the leading corporate chieftains in Malaysia, controls and which have related party business with MOL Global.

For instance, the prospectus lists the role of its major customers and distributors, and here the recently Bursa Malaysia-listed 7-Eleven Malaysia Sdn Bhd is singled out as being the largest single contributor to revenue from 2011 to 2013.

This is specifically related to MOLReloads (mainly mobile top-ups) and MOLPoints (used mainly for online gaming), contributing approximately US$12.8 million (RM41 million) in 2013; and with its key role expected to continue.

While its physical channels have given it a big leg up against competitors, mobile is expected to play a bigger role in MOL Global’s future growth.

In fact, the roadmap laid out in the prospectus shows that over the next one to three years, mobile payments and e-commerce are expected to be big, which is where MOLPay comes to the fore.

Real-world payments are highlighted as being the growth driver from Year Three to Year Five. Specifically, this means consumers using their mobiles to pay for real-world goods.

I think we may just see a pattern of MOL Global now making acquisitions of mobile carrier billing companies catering to the gaming market. It is very niche but gels with MOL Global’s belief that gaming will be huge, with mobile via smartphones being consumers’ preferred channel – and mobile payments in its emerging markets have traditionally gone through the mobile carriers.

Frost & Sullivan notes that the strongest driver of online usage is the adoption of smartphones, forecasting that each of MOL Global’s key markets is expected to experience at least 50% user penetration by 2018.

In fact, the acquisitions have already began in this space. In April 2014, MOL Global agreed to purchase 60% of Easy2Pay for US$1.9 million (RM6.1 million).

Easy2Pay is a Thai-based mobile payment platform for merchants that facilitates payment by mobile phone subscribers.

Earlier this month MOL Global approved the acquisition of a mobile carrier billing platform that currently operates in Turkey and the Middle East. The 51.1% stake in the company that it did not name will cost US$8.7 million (RM27.9 million).

With a portion of its listing proceeds to be used for acquisitions, I expect more such acquisitions, especially in Brazil where it only has a 2% market share in the e-payments space versus 80% for the largest player.

With the remaining 18% split by other players, and with Brazil considered a hot growth market, especially in the United States, MOL Global will want to show rapid progress there.

Indonesia, another country which US investors look upon as hot, will be a tempting market for acquisitions, especially with MOL Global neck and neck with the e-payments market leader, with only one percentage point separating the two – and significantly, with 69% of the market held by other players. Watch this space too.

The prospectus takes note that among the risks MOL Global faces is that if it reduces “the pace of our acquisitions, our future revenue growth and expansion may be affected.”

I am sure Ganesh has no intention of allowing this to happen!

Meanwhile, there is just so much more in the prospectus (including the link to a former CEO of Multimedia Development Corporation) that I encourage all of you to have a read and see which points catch your interest. Share your thoughts in the comments below. It is not every day that the South-East Asian tech ecosystem gets to see a company listed on Nasdaq.