THE recently concluded Global Entrepreneurship Summit (GES) that took place at the Kuala Lumpur Convention Centre proved a rich source of fodder for my writing. So I’m apologising in advance for sounding like a broken record context-wise, for the next few weeks.

To kick off this streak of GES-inspired articles, I thought I’d hone in on a couple of things Jeff Hoffman brought up during a panel discussion on the topic of disruptive innovation.

For those unfamiliar with Hoffman, he is best known as a founder and chief executive officer of the Priceline.com family of companies. He is currently a founder and partner in ColorJar, LLC, an ‘idea accelerator’ company that helps entrepreneurs and small business owners launch and grow new business ventures.

The Lean Startup methodology had first been brought up courtesy of fellow panelist Aunim Hossain, CEO of Tista Games, a platform for regularly scheduled episodic games that’s been dubbed the ‘HBO of Games.’

Hoffman pointed out that by definition, entrepreneurs are already lean. “They’re broke anyways, it’s not like they sit around in big offices and drive nice cars.”

A core pillar of the Lean Startup movement is the concept of a minimum viable product (MVP), defined as the “version of a new product which allows a team to collect the maximum amount of validated learning about customers with the least effort.”

Pushing out an MVP is intended to test leap-of-faith assumptions and help entrepreneurs begin the learning process as quickly as possible about whether they should move forward, or go back to the drawing board.

But Hoffman argues that the MVP movement is in danger of leading to MVCs, or “minimum viable crap,” as he calls it.

“They say ‘I’m doing an MVP, that’s why it’s crappy because I didn’t finish it’ and I think a lot of entrepreneurs use it as an excuse,” he said.

In his view, the MVP idea is misunderstood or taken for granted, as the notion isn’t to barely do anything and then push it out into the market.

“It means that if the product is going to have five functions, it’s about doing just that one function and totally crushing it so that people look at it and say, ‘That’s amazing, why can’t you do the other four as well?’ ” he explained.

“The opening statement is that they think it’s great and want to see more. If you do one-fifth of all five functions and say it’s lean, it’s not. It’s just crap,” he added.

Hoffman also pointed out that it is not wise to put something subpar out there that might kill your startup’s reputation from the start and make people not want to see the completed product when it is ready.

But another point he brought up is that even before one gets to build an MVP, there are things you can already do to start testing out the feasibility of the idea.

Hoffman recalled being asked at a panel discussion in another conference, what he does as CEO when he hears a good idea. And while the other people on the panel replied that they would grab a team and head into a conference room to hash it out, his response was “I’ll grab my car keys.”

“The last thing I want to hear is our own opinion of our idea. It’s our idea; of course we’re going to like it. You need to get in a car, and drive to where the customers are – just hanging out and talking to people will give you the truest sense of whether the idea’s got legs,” he said. To further drive home the point about how critical it is for startups to truly know who their customers are and what they need, Hossain asked Hoffman to share with the audience, the infamous story of the cardboard cutout.

In line with the topic of where innovation and disruptions comes from, Hoffman noted that it boils down to living a day in the shoes of your customers and being close to the problem and the pain points.

“So what we’ve done so that everybody in the building doesn’t forget whose problem it is they are trying to solve, is to have cardboard cutouts of our customers and they come to every meeting,” he said.

For each cutout, Hoffman and his team add to the profile – from age and marital status to favourite restaurants and movies – to help paint a robust picture of the customer.

One such cutout, a 32-year-old mother of two by the name of Jane, happens to sit in Hoffman’s office and whenever someone walks in with a new idea, he asks them to “explain it to Jane” and if they can’t, he tells them to go away because Jane is the buyer and if she doesn’t get it, there’s no point talking further.

“Now when people walk in with something, they’ll look down, look at Jane, look at me then just walk out!” he said.

“It’s a powerful tool to have your customer sitting in your office, even if it’s in cardboard form, so that you never forget why you’re doing this,” he added.

So what is the message of today’s column? To succeed, just having an idea isn’t enough. Startups need to know exactly who their idea is meant for and ensure that they are not barking up the wrong tree with their solution.

To keep that front and centre, it is always wise to seek validation outside the bubble that is your own startup world, and reach out to the very people who may be paying you money for your solution one day – especially before the expensive and long process of development gets well underway.

If getting into a car and driving to where your customers are isn’t feasible, then get yourself a cardboard cutout of that makcik (aunty) you’re trying to help with your mobile app or solution – and make her the epicentre of your world! 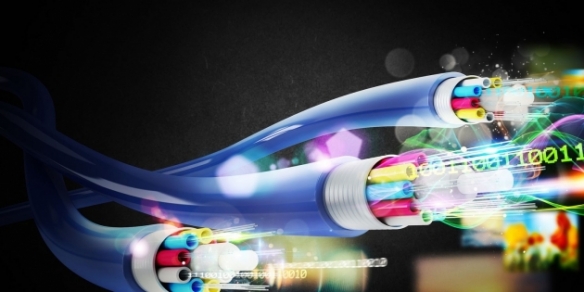