THIS is the third year Digital News Asia (DNA) is featuring ‘My Fave 5’ and it is turning into my favourite article of the year as I look back to the 150 odd articles I have written and pick my favourite five articles. I find it interesting that I have picked three articles with a clear Brick & Clicks flavor and none from the startup ecosystem although if we were making six picks, I would have gone with the MOUs Mavcap signed with Elixir Capital and Gobi Partners in early December to raise a combined US$450 million in new venture funds. (hmm, did I just cheat, there?)

In no particular order, they are as follows:

Stuck in a rut: Malaysian SMEs and innovation My conversation with Hafsah Hashim, SME Corp Malaysia’s CEO in May opened my eyes to the lack of innovation among Malaysian SMEs which naturally leads to the “stubbornly low” productivity among them.

For a country that is trying hard to escape the middle income trap is seems to be stuck in, there is no choice but for our SMEs to move up the value chain. Easier said than done.

Policy makers are aware of the challenges. A 2012 National SME Development Council report highlights that our SMEs face increasing difficulties in recruiting and retaining skilled workers at the technical, supervisory, and managerial levels.

And last month a new study by the OECD found again that there is little innovation happening among Malaysian SMEs. I believe that this lack of innovation coupled with low levels of automation among manufacturing based SMEs, now presents a clear and present danger to Malaysia’s ambitions of becoming a developed nation.

And for the manufacturing based SMEs, who make up around 12% of all SMEs, their very survival is at stake. Don’t take it from me. This is what Michael Kang, president of the SMI Association of Malaysia told me in a recent conversation.

“I believe that in three years, if our manufacturing based SMEs do not move up to higher levels of automation to deliver better products to their customers, they will die as their customers will take their business elsewhere.”

I don’t think he was exaggerating. My conversations with the Federation of Malaysian Manufacturers (FMM) and the Malaysian-German Institute have only served to increase this sense of dread I have over the competitiveness of our manufacturing based SMEs. Fortunately, if our SMEs are complaining that they can’t attract the right talent to help them move up the value chain and be innovative, or complain that government is not helping them enough, they have to look no further than to the quiet and unassuming figure of Lim Kim Heng (right), cofounder and managing director of Senheng Electric (KL) Sdn Bhd.

Starting from a single store selling white goods in 1989, he has grown the business to a RM1 billion revenue company with over 200 stores – with no government help and powered by big data.

His big data journey started in 1999 with small data and he ventured into big data in 2003 not because he was seduced by technology but driven by the simple desire to have key data points about the business in real time rather than wait one month as was the norm then (and I dare say, still the norm with some SMEs today).

No buzz words here, no fancy talk by vendors. Lim simply wanted to run his business in a more efficient manner. Which entrepreneur doesn’t want that?

The best part about having gone through the pain of understanding what it takes to deliver big data and make sense of it with analytics, is that Lim now offers his big data expertise and experience to other SMEs as a service so that they can apply it to their businesses.

He has also gone into e-commerce, believing that the O2O (online to offline) model is the way to go in delivering better value to his customers. Their site has been launched but frankly much more needs to be done to make it user friendly. I was planning to buy a TV set from the site but didn’t in the end. Pricing had nothing to do with it. I’m sure he will get the UX right – hopefully sooner rather than later. 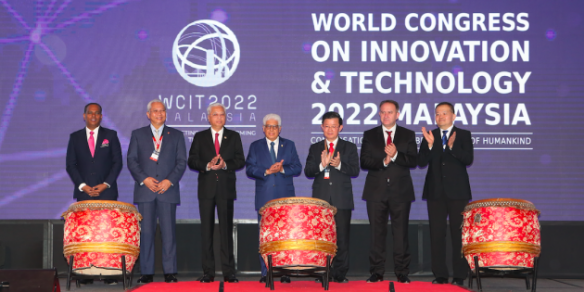