Joel Neoh, cofounder and CEO of Fave Pte Ltd likes to talk about the importance of acquiring scale in his O2O (offline to online) startup, emphasizing the millions of merchants, SMEs and micro SMEs that can be helped across Southeast Asia, not just by going digital, but through Fave’s merchant loyalty and engagement platform.

Well, he got his scale wish yesterday, but probably not in the way he and his cofounder, Yeoh Chen Chow (CC as he is known), envisioned. There was no announcement of a major funding round, rather, they have sold their startup for US$45 million (RM186 million) to allow the buyer, existing investor, Pine Labs Ptd Ltd to achieve its goal of scale, as Pine Labs pursues a target of getting listed in the US market in Q1 of 2022, able to show it has a strong Southeast Asian footprint. In its Q4 2020 funding round, Pine Labs was valued at US$2 billion (RM8.3 billion).

Launched by Indian entrepreneurs who based the company in Singapore but with India as their largest operations base with 2,500 staff, Pine Labs has operations in Malaysia (with 25 staff) and the Middle East.

Fave’s two founders are Malaysia and the company has most of its headcount of 330 in Malaysia, around 200, though it moved its holding company to Singapore in Sept 2018 after a more than US$20 million funding round led by Sequoia Capital India. This explains why the Singapore Business Times describes Fave as a Singapore startup. Times of India and Reuters though, identify Fave as a Malaysian startup. 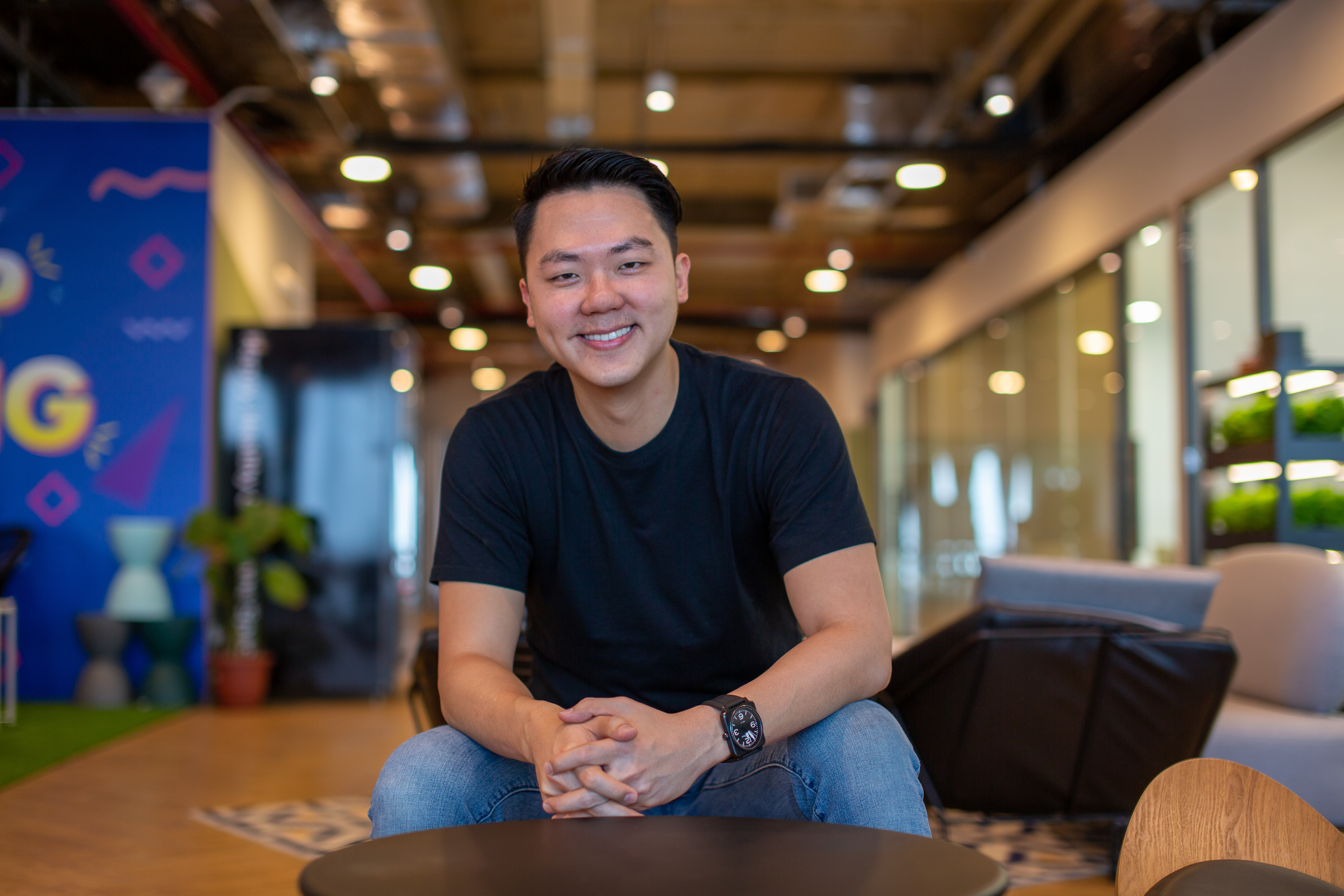 For Joel (right), CC and key staff, the journey does not end here as they will be receiving a mixture of cash and equity in Pine Labs with a three to four year vesting period while an ESOP pool will be created for all staff. Fave shareholders will walk away with cash payouts from the acquisition.

Yet no investor, beyond the angel round, is walking away with rich multiples. Over the five years since it pivoted from being a health and wellness startup, Kfit, to an O2O fintech, investors, including a Singapore-based venture capital research firm, estimate Fave has raised close to US$50 million. This includes its Aug 2020 investment from Pine Labs, which some venture capital players believe was a down round (the valuation was lower than in its previous fund raise round).

Be that as it may, although the big cash out dreams have ended for the founders and key staff, with shares in a possible US listing in Q1 2022, there is still all to work for, especially an upcoming Q2 launch where Fave will introduce its platform to the 150,000 Indian merchant base of Pine Labs with its 500,000 merchant network points across 3,700 cities in India. Joel, who will run the Indian operations of Fave, is clearly excited. “I believe this will be the first time a Southeast Asian startup in expanding to India.”

While Sequoia Capital India is a major investor in both startups and would have played a key role in the acquisition, Joel also tells DNA that both Fave and Pine Labs saw a clear opportunity in working much closer together.

“Pine Labs works mostly on the merchant side as a merchant commerce platform while we are a consumer facing app where we service merchant loyalty programmes through our platform.”

There was a clear path to scale the platform and grow both the customer and merchant base, and in the process, strengthen Pine Labs’ value proposition to merchants. Where it comes in helping to solve the payment and technology challenges of merchants, Pine Labs can now also help merchants increase customer loyalty. Although it has a much larger engineering team than Fave, Pine Labs was impressed with the QR based loyalty platform that Fave built. Its CEO, B Amrish Rau (pic, left) tells DNA, “I think Fave has built a unique niche.. with QR payment and bringing hundreds of different brands to a single app.”

He believes that very few companies have been able to build their loyalty and engagement programmes with a QR code base. They generally adopt physical loyalty cards even though these have been proven to be unpopular with consumers, especially from a convenience point of view. “But the QR code allows you to do this [carry multiple loyalty programmes on one app] and I think, this is what Fave does really, really well.”

Describing this as their “core product” Joel notes that both companies also offer merchants a gift card service with Fave planning to integrate this into their app in preparation for the India launch. This will keep him and his team busy and engaged as they now refocus their energy to enable the success of Pine Labs, with their fortunes tied to its as well. Among the most respected and popular founders in Malaysia, with some hoping that the duo could have built up Fave into becoming a regional powerhouse and perhaps even a unicorn, the sale of Fave will leave some disappointed. But on the flip side, an investor notes that, “This is still the sale of a Malaysian company that built a regional footprint and raised almost US$50 million over its four plus years. How many startups in Southeast Asia can claim that?”

Indeed the duo and the company they built, which is also an MDEC GAIN company, will inspire and motivate many in the Malaysian startup ecosystem as they ramp up their Pay It Forward drive. A near two-hour Clubhouse session last night with over a hundred participants will no doubt be the first of many engagements where Joel and CC (pic) will share their experience and lessons in building a regional startup and be mentors to others. Perhaps they may even accelerate their angel investing as they build value in their Pine Labs shareholding. For sure, there is more to come from them.