LAST week, my colleague A.Asohan wrote a thought provoking piece reflecting on what he described as the ongoing tension between public relations practitioners and journalists, particularly those from the tech media.

In a nutshell, he lamented how some PR folks seemed totally disconnected from what tech journalists' need and want, and that many of them don't even bother trying to work hard at making story pitches that are insightful to tech journalists anymore.

Unbeknownst to all of us at Digital News Asia, last week was also a hellish one for a new mall in Petaling Jaya, a suburb about 30km from Kuala Lumpur.

According to the postings derived from Paradigm Mall's Facebook page the country’s newest shopping mall had experienced what appeared to be a meltdown and posted snarky and sarcastic comments aimed at an individual customer.

While the two issues may not be directly connected, there are at least a couple of common points that can be gleaned out of these two stories.

Firstly, the role public relations, and by extension social media, in today's always-on, always connected, social media-powered world is being amplified and magnified so much so that the people behind the PR have to be absolutely on the ball, working hard to mitigate anything any issues that can go wrong at any time.

Secondly, the people behind social media and PR campaigns must be professionals, with cool heads who can apply their creativity and common sense to the complaints they've received rather than inflame the situation further by being snide and scornful.

To be fair, the use of social media to make snarky remarks or to display sarcasm isn't confined to Malaysia only. And it certainly doesn't mean that only we in Asia are prone to making such mistakes.

Case in point: Last month, ESPN reported that a Nike shoe designer by the name of Jason Petrie mocked Derrick Rose's season-ending injury on Twitter by saying that Rose should have signed with Nike after the Chicago Bulls superstar tore his ACL (anterior cruciate ligament) in the final minutes of Game 1 of Chicago's Eastern Conference quarterfinals series against the Philadelphia 76ers.

"You got one guy only getting stronger, and one guy breaking down before our very eyes. You chose poorly Pooh... #shouldasignedwithNIKE #GWS" read Petrie's tweet, referring also to LeBron James'--a Nike-sponsored star--and the Miami Heat's 33-point Game 1 victory over the New York Knicks.

The story goes on to say that Petrie tried to pacify his followers but later, ESPN noted that according to broadcaster, FoxSports.com, Petrie then went back on the offensive Saturday.

This back-and-forth comments made by Petrie beg the question: should such tweets be made in the first place? And if so, were they done in the heat of the moment? Or was it a calculated move done to spur controversy so that publicity mileage can be gained out of it?

We can't know what really happened in Petrie's case but the facts do show how easily the missteps of one person on social media can go out of control and spread like wildfire. In the Paradigm Mall's fiasco, the mocking responses given by an unnamed administrator – in response to the doubt expressed by one named Freddie Toh – as to whether Paradigm mall is truly looking into the issue of dysfunctional elevators are plainly foolish and unacceptable.

Yes, one can argue that this Freddie Toh character may have inflamed the situation with his sarcastic remark, but plainly put, two wrongs never make one right.

In the end, the general manager of Paradigm mall did issue a lengthy apology and promised to look into it. But the damage to the mall's reputation has already been done.

And according to Teoh Mei Ying, founder and social media consultant with Myris Consultancy, the person managing Paradigm Mall's Facebook page has allowed the issue to become personal by replying emotionally instead of professionally.

"The rule is to never to let things get personal," she told Digital News Asia in an e-mail. "The complaints were directed towards the company, and not the administrator personally."

Kal Joffres, director of Tandemic, a social media consultancy, added that what people say about a company's product is usually a reflection of the product itself.

Joffres noted that a lot of people look at this as a social media failure but in reality, it is only a byproduct of real issues people are having with the shopping mall.

"In many cases, the best practice is to 'over-communicate' with the people involved by providing factual updates on what steps are being taken to address the situation," he said.

These updates don't necessarily need to be posted as general updates on the Facebook page, but they can be added to comment threads where people have made complaints, he added.

"They can sometimes also be handled in private via a feedback tab on Facebook. In many cases, saying 'we are looking into it' isn't enough, particularly when there are serious issues concerning people's safety."

Teoh concurred and added that the issue should have been handled proactively rather than reactively.

"They should have replied to the individuals who posted the comments with the view to reassure them that steps that were being taken to fix the problem and that their concerns were not being ignored."

In the final analysis, social media might be a new channel for communication and while it's still nascent territory for many companies, it’s not so much about the technology nor the medium behind social media that’s important as it is about applying some good ol' fashioned common sense married with cool creative heads and straight-laced professionalism to manage it.

Do this well and this would be a paradigm for success.

This article first appeared in The Malaysian Insider. 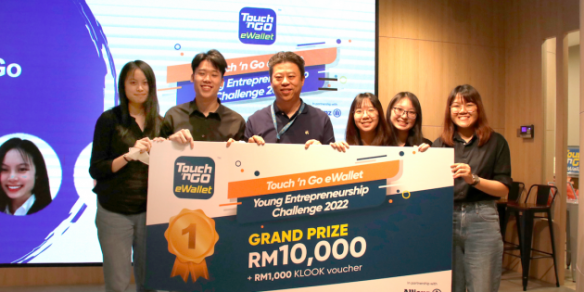