WHILE industry observers generally give the outgoing chief executive officer of Multimedia Development Corporation Badlisham Ghazali the thumbs-up for giving the national ICT custodian a new lease on life and renewed relevance, his successor faces a slew of challenges.

Badlisham took over at MDeC in 2006 when the government-linked company (GLC) was threatening to sink into ignominy due to a variety of reasons: It was the agency in charge of the Multimedia Super Corridor (MSC Malaysia) project, which had been largely driven by former prime minister Dr Mahathir Mohamad.

Dr Mahathir’s successor Abdullah Ahmad Badawi was more interested in biotechnology and agriculture than in ICT, and even wanted to build his own ‘corridor’ projects. Under his premiership, many of Malaysia’s ICT programmes floundered.

As with any large organisation, there was the internal politicking to deal with at MDeC, plus accusations that the MSC Malaysia status application process was riddled with less than honest dealings.

Badlisham managed to ‘clean house’ quite a bit, but there are large structural issues that remain, many of which – especially those related to Malaysian politics and politicians – are beyond MDeC’s ability to control. To have done what he did, he brought in many executives who didn’t quite gel with the established senior staffers. For somebody known to be a consensus builder and a team player, Badlisham (pic) could be quite a maverick in his hiring – especially when a job needed doing.

In an email reply to Digital News Asia (DNA) late last year, as we prepared to profile him for our inaugural Digerati50 print publication, he said, “In my position, I am also expected to make ‘big’ decisions that involve advisory and policy matters that affect the nation.

“These are Big Harry Audacious Goals or game-changers … and those who are within that inner circle will tell you that I take the bold road where perhaps others would be reluctant,” he said.

But therein lies his successor’s most immediate challenge: Will he (or she!) keep Badlisham’s management team intact, or will he bring in his ‘own people’? What will be the cost of doing one or the other?

MDeC management appointments have to be green-lighted by the Malaysian Government, represented by politicians and senior civil servants with their own people they want to please.

Insiders have often praised Badlisham for standing his ground when it came to firing and hiring people, but also noted that he didn’t always get his way. Still, his successor will find him a tough act to follow merely in this regard.

There are other areas. When asked what he was most proud of in his tenure leading MDeC, Badlisham said, “I'm proud of many things … building a vibrant and successful ecosystem for the SSO (Shared Services & Outsourcing) industry, the development of the Creative Multimedia sector, spurring the entrepreneurship ecosystem in the early years (when not many agencies were propagating it then), our programmes to help the local ICT industry in being more confident in going out of the country for exports, and the focus on the ‘big picture’ to move the Digital Economy of Malaysia via the Digital Malaysia initiative.

“And I'm proud of the men and women who have left MDeC and gone on to senior positions in other agencies and private companies. Perhaps what they gained from their experience in MDeC allowed them to be better able to adapt to so many different environments outside. Not many organisations afford them this unique and invaluable exposure,” he told DNA via email last year.

As I have written before, there seems to be very little love for Digital Malaysia under the current administration – which incidentally also launched it. MSC Malaysia, especially in its early days, was on the lips of just about every minister, and was mentioned or referred to in most policy decisions and national initiatives.

This contrasts wildly with Digital Malaysia, which in some ways is even more important – it’s taking all Malaysia’s ICT aspirations to the next level. Yet, except for Digital Malaysia-specific initiatives, it has been mostly ignored by decision-makers in the public sphere. Indeed, even the Prime Minister himself seems to have largely forgotten it.

This whole downplaying of Malaysia’s ICT aspirations is reflected in the fact that MDeC itself has been shunted from the all-important Prime Minister’s Department when it was first conceived, first to the science ministry and later to the Ministry of Communications and Multimedia.

Both MDeC and Digital Malaysia have become stepchildren, although to be fair, Minister of Communications and Multimedia Ahmad Shabery Cheek has taken charge at the many Digital Malaysia announcements since the agency was moved to his ministry.

The incoming CEO could succeed where even Badlisham has failed, if he can escalate at least Digital Malaysia to greater national awareness that can fire up the imagination of every Malaysian, and make it something that politicians, even if they are merely looking for brownie points, would gladly get behind.

In the early days of MSC Malaysia, there was a number of reports on how the national initiative seemed more geared towards making money for property developers and speculators, especially with all those multinationals coming in and setting up operations.

Even now, similar criticism has been mounting as MSC Malaysia has expanded beyond its original 15x50km physical corridor to encompass specially designated ‘cyberzones’ and ‘cybercities’ across various states in Malaysia.

A company must be located within one of these designated areas to be accorded MSC Malaysia status, and thus eligible for the 10-year tax break and other incentives.

However, the Policy Institute of the Technopreneurs Association of Malaysia (TeAM-PI) conducted a study which showed that the property prices in such designated areas can range from being 22% to 118% higher than similar property within the same location. Such trumped-up prices have even led some of the more vocal critics to describe this as a real estate scam.

TeAM has been trying to get MDeC to exempt at least small and medium enterprises (SMEs) from the location requirement, to no avail despite rumours that MDeC was seriously considering it at one stage.

When asked about this requirement, Badlisham told DNA that the need to be location-specific is a sort of handshake with the Government. Nonetheless, the issue is frustrating many smaller companies and remains a key bone of contention.

If Badlisham’s successor can achieve the tricky political manoeuvring to get this done, and successfully navigate the public relations (PR) backlash it would create with companies that have already made the expensive move to a designated area, he would be considered a champion.

MDeC’s new CEO will also have to maintain Badlisham’s performance track record, or better it. Under his watch, revenue from ICT companies in MSC Malaysia keeps growing every year, reaching a total of RM33.53 billion in 2012, up 5.7% from the previous year.

At RM14.66 billion, the InfoTech Cluster accounted for 44% of the total revenue of MSC Malaysia status companies; the SSO cluster contributed 31% or RM10.45 billion; and the Creative Multimedia Cluster recorded revenues of RM6.99 billion or 21% of the total. (The remaining 4% came from Institutions of Higher Leaning and incubators, which recorded revenues RM1.44 billion).

The damned thing about numbers and statistics is that they can be massaged and juggled to make anything look good, and Malaysians are generally sceptical. But Badlisham’s track record goes beyond the numbers – he has illustrated both the smarts and political acumen to have safely guided MDeC through challenging times.

He has earned the respect of just about everybody with whom he has engaged – his own staff, industry members, the media, the startup ecosystem including the foreign players who have come in, and certainly most people in government too. Even those who have criticised his decisions seldom have anything bad to say about the man himself.

His successor will have to be able to hold his own in conversation with ICT luminaries, business and technology thought leaders, canny businessmen and cunning politicians. [Editor's Note: Not to mention cynical journalists.]

Anyone up for the job? 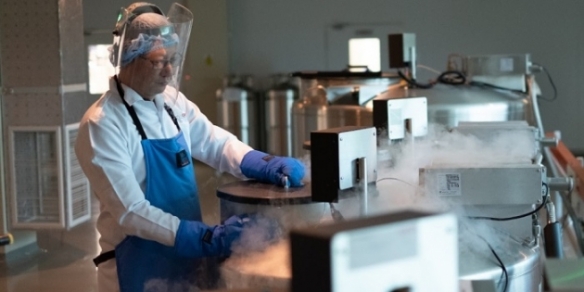