How hungry is MDeC to make a difference?

FOUR out of the five Malaysians who recently spent a month at accelerator YouNoodle Camp in Silicon Valley got together  on Aug 8 to share some of the highlights of their experience there with the Multimedia Development Corporation (MDeC), which was represented by Dr Karl Ng, director of its Innovation Capital Division.

Organized by Dhakshinamoorthy ‘Dash’ Balakrishnan of StartupMalaysia.org, it was an informal session. The four were selected from the “Pitch Your Way to Silicon Valley” contest which started with 100 ideas shortlisted from entrepreneurs who took part in the two-day Silicon Valley Comes to Malaysia conference held last October.

Sitting there listening to them and to MDeC’s Ng chipping in with the occasional point, I felt a sense a deja vu. Years back, I had been at a similar session with another handful of startups with another MDeC executive.

The only difference being that the group then had received millions in MDeC grants, were probably a bit older than this current crop, and were not as ambitious then about being global as there was not that strong a push for our early 2000s batch to think that way.

Was I disheartened that we seemed to be stuck in the same place? Did I experience a sinking feeling in the pit of my stomach that the batch then, though still around today, are not doing as well as we all had hoped they would be? Dared I hope again that this current batch, and not just the four before me, would be able to do better?

I will never give up on the belief that some of our tech startups will one day join the billion-dollar revenue club and the current crop gives me hope because enough of them know the game is global, they realize the competition for resources is global, and that the opportunities for them are global too.

And here is something else interesting: Some are beginning to realize that to seize the opportunity to grow a global tech business, especially one based on the Internet, they cannot be based in Malaysia.

They have to be based in the one spot on the planet that will give them the best chance to succeed or to fail fast. Where the competition is ruthless, though masked by friendly smiles, where the ecosystem is supportive though intolerant of small ideas, where the handshakes are warm though relationships turn cold quickly if you are not physically there -- Silicon Valley.

The place where technology dreams can come true, where those who want to conquer the world with their idea/ product can touch and see enough success stories to make them believe they too can make a difference.

Being in Silicon Valley with the others has even inspired Dash to create a start-up, which is currently in ‘stealth mode.’

Both Goh Ai Ching of Piktochart and Bryan Gan of OctoApp plan to register their companies in the United States to give them the global flavor and to make it easy for US investors to take a bet on them. With software engineers commanding eye-popping salaries of around US$10,000 a month, the obvious thing to do is to locate the development teams in Malaysia.

But perhaps not in Malaysia even. Gan is planning to just have Malaysia as the base to project-manage his developers, whom he envisions will be based in whatever country he finds them in. Everybody just does their part without knowing the full picture. He is inspired by Apple which has shown it can be done, although this was in manufacturing not software development.

But Gan aims to make this work. That’s the kind of can-do spirit that is needed.

What is also needed is for MDeC to be brave and to stop mothering MSC-status companies who keep crying out that they need help with market access, with grants for up-skilling and R&D, etc. Already some of these efforts are actually going to help multinationals rather than the smaller companies.

MDeC has to step out of its box and it absolutely must step up its game. It can do this next year when it gets the next drawdown of its funding from the Government under the 10th Malaysia Plan. Pick the best entrepreneurs and send them to Silicon Valley to test their ideas against the best in the world.

If they survive and raise funding, match that or even double that, but with a stake in the companies with the understanding that the entrepreneurs can sell MDeC’s stake in their next round of fund-raising so they are not diluted.

It should send them there for at least a year. And if the entrepreneur can’t hack it because he or she miss their local food, then they clearly are not hungry enough (pun intended).

At the same time as giving them funding, MDeC can second two or three of its people to these companies for up to two years so its own staff get a view from the ground on what it takes to build a company and why companies fail. Let the companies give MDeC the skill sets they need and MDeC can match this internally. And when it hires people, make this a part of the job scope.

At the same time MDeC can send any entrepreneur seeking funding locally to see the founders of Basis Bay, Jobstreet.com, MOL Global, Catcha, Silverlake Axis, Macrokiosk, Mindvalley and MyEG Services. If these hard-nosed and successful businessmen see value in these entrepreneurs and invest in them, MDeC can match this too. No need to set up a venture capital team.

The decision for MDeC can be easily made. Just look at the programs they have been doing for the last seven years and map that against the impact. Ask yourself if more of the same will create any greater an amplifier effect. If not, then ask yourself, “is it worth it to keep doing more of the same?”

How hungry is MDeC itself to want to make a real difference? 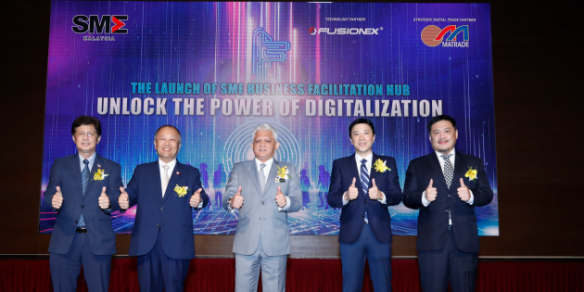