Everybody – and I mean, everybody – is ranting about It right now. Entire conferences are being held to discuss it. In November alone, there were events in Berlin, Cairo, Moscow, London, Singapore, Jakarta, Zurich, Madrid, Hong Kong, San Francisco, Zug, Sydney. And that’s not a complete list.

Bankers, flying back and forth between and ‘betwixt’ these conferences to stake a piece of this lucrative pie. Entrepreneurs, falling over themselves to build their apps and get them okayed by regulators so they can start disrupting crusty old players.

And of course banks, crapping themselves, suffering panic attacks that they might one day be disrupted by a couple of zitty guys working out of their mum’s kitchen.

Welcome to the next, next, Next Big Thing. The latest twirl in this merry dance we play in the business world. FinTech.

The latest insight I gleaned from the landscape came from a FinTech CEO I had lunch with, and who was asked to give a talk to some 300 senior execs at a local bank. He told them that banks’ approach to FinTech can be summarised into the following three avenues:

a. Incubate – throw money at a bunch of clever chaps so that they might one day build something profitable and pluggable into the bank.

b. Creative destruction – throw money at overhauling the entire organisation, re-orienting entire business around a ‘Digital Strategy’ – a bit like what’s happening with Singapore’s DBS.

C. Buy – wait for the field to clear itself out. Then buy the winner out before plugging the business into the group.

The common denominator in all three strategies? All require vast amounts of money. And not a good chance of success, truth be told, since any change has to accommodate the status quo – not the other way around.

But the FinTech revolution needs to be met head-on. Perhaps not for an immediate panacea, but at least to appease stakeholders and their concerns – validly – that change is coming.

As DBS’ CEO Piyush Gupta has said, “I’m convinced in the next five to 10 years our industry is going to be completely different. That’s why innovation is imperative.”

As the current narrative stands, banks still hold massive sway over the financial landscape. They have built extensive infrastructures, solved compliance and regulatory challenges, enjoy close relationships with other banks and, for the most part, still enjoy the trust of their clients, particularly in terms of the sanctity of depositor funds.

And right now, banks still have massive leverage over startups – they are the ones funding the conferences, incubation projects and internal transformations after all.

But it’s merely a matter of time before a well-funded startup builds a full technology stack that not only (and finally) deploys all the data out there and starts grabbing customers on the basis of loyalty and cost, but which is also regulatory compliant.

How long will it take? That’s the 64-million dollar question. Right now, the leading contenders merely offer a layer on top of the existing infrastructure.

But it’s a matter of time before a tipping point is reached. Where user migration will accelerate, incensed by banks’ tardy, cold and mercenary approach. As it stands, not one person is spared the irritation of some telemarketer calling up to peddle some personal loan or credit card, while email inboxes are inundated by the latest ‘deal’, but which are merely flimsy attempts to drum up yet more transactions (and commissions).

No wonder then, that these startups, which are already amazing at grabbing the hearts and minds of Gen Ys and Zs (think iMoney, for instance), will become amazing user acquisition tools. Over time, they’ll build trust and engagement with the young to a point where the money flows and transactions will be meaningful and hugely profitable.

At that point, customers might just switch permanently, consigning the bank to merely an infrastructure and operations play – or in other words, a shadow of its former selves.

It’s a massively exciting period right now. Entire industries are being disrupted one-by-one, and in real time and full technicolor. First with music and now in transport, with banks and financial services next, squarely in the crosshairs of the geeks and money people. 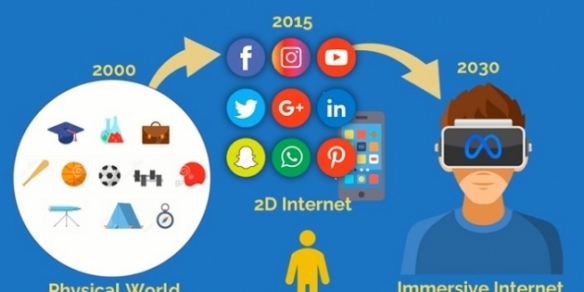