THE world is on the move, with human migration now occurring on a scale unparalleled since the Second World War.

Among the many, many challenges that such movement presents, frequently overlooked, is the public health dimension.

With increased human mobility – both national and transnational – comes an increased vulnerability to epidemic disease: Dengue fever, malaria, cholera, and rubella continue to take their toll on the world’s most vulnerable populations, while moving with ever-increasing speed along expanded transportation networks and across ever-more porous borders.

Fortunately, the growth of big data offers new and unique tools to track and combat epidemics at such a time of increasing human movement.

Telenor Research, in cooperation with the Harvard TH Chan School of Public Health, Oxford University, the US Centre for Disease Control, and the University of Peshawar, recently published a study demonstrating the power of big data to anticipate and track the spread of dengue fever, the most rapidly-spreading mosquito-borne viral disease in the world.

The study, Impacts of human mobility on the emergence of dengue epidemics in Pakistan, estimated the mobility of more than 30 million mobile phone subscribers (about 22% of the population) during the 2013 dengue outbreak using anonymised call data.

Overlaid on risk maps identifying areas of the country climatically vulnerable to dengue, the estimated movements of infected travellers revealed a new, chronologically and geographically more nuanced picture of transmission, as well as a markedly different pattern of risk than shown by traditional climate-based vulnerability models alone.

In southern Pakistan outside of Karachi, for example, a low instance of dengue was revealed to stem from low numbers of infected travellers visiting the area, whereas on the Afghan border low infection rates had much more to do with temperature extremes. The vast quantity of the data employed by the study represents a rare macro glimpse into the relationship between national population movements and the spread of epidemic disease.

By increasing our understanding of the effects of seasonal movements – the beginning of the school year, for instance, or the paths of migrant labour – public health authorities are able to better model the transmission patterns of future outbreaks, and eventually, put effective countermeasures in place before such outbreaks reach epidemic proportions.

The study, published in the Proceedings of the National Academy of Sciences, represents the often uniquely fruitful alliances between data-rich private sector players like mobile operators and research institutions in the pursuit of large-scale positive societal impact.

Similar strategies have been used by members of the research team to map rubella transmission in Kenya, with similarly promising results, while researchers in Senegal have employed comparable techniques to track the deadly Ebola outbreak in West Africa.

Big data has been observed to have multiple public health applications, from mapping the effects of environmental factors on population health to improving the agility and responsiveness of national health systems. The Telenor Research study is yet another example of the privileged insights that big data can give us in defence of some of the world’s most at-risk populations – according to the World Health Organisation, 25,000 people continue to die of dengue annually worldwide, while there remains no immunisation or cure.

Privacy is of course always a concern, and in this respect the Telenor team was scrupulous in ensuring that the data employed was fully anonymised and utilised only with the oversight of the Group Privacy Officer.

Telenor Research’s Data Driven Development initiative envisions a future in which big data can be unleashed in service of the public, but only with such protocols for the protection of personal information firmly in place.

Telenor Group applauds the efforts of the combined research team and anticipates important further collaboration in the near future.

At the same time, we encourage national authorities in Pakistan and other at-risk geographies to take advantage of the possibilities of big data to reach their public health goals. We look forward to working with them. 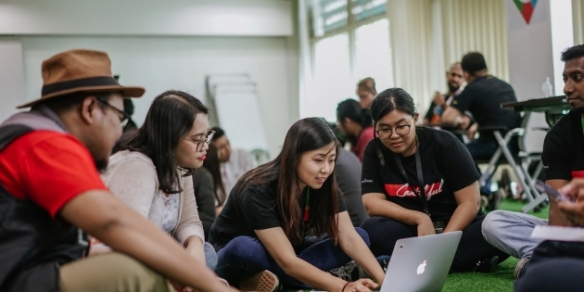