Converged infra vs SDN: To integrate or to disaggregate? 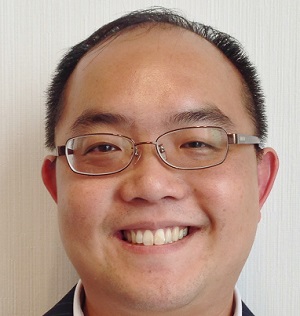 STATIC architectures are ill-suited for today’s highly mobile and virtualised environments. The proliferation of data and the growing number of devices that need to be supported in the network will demand networking to be agile.

Organisations will be looking to leverage on the agility of the network infrastructure to adapt to rapid responses that support business growth. Agility in the network allows applications and services to be added, removed or adjusted promptly.

Yet organisations are faced with the inherent decision of determining what should be outsourced and what should be insourced. Although costs will be an underlying factor, the need to identify investment into parts of the technology infrastructure that are strategic to the business, while outsourcing the rest, will be crucial.

How will new applications, users and services be removed or merged within the organisation’s own IT infrastructure?

By now, it has been established that the network infrastructure must not be static so as to keep pace with the rapidly changing markets of today.

Therefore, the question organisations should be seeking to answer is whether to bring the pieces closer together by deploying a converged infrastructure, or disaggregate and have more moving pieces with the deployment of software-defined networking (SDN). The network infrastructure that organisations rely on must be more agile than it is today in order to support the pace of the ever-changing business landscape. Yet, many do not recognise the issues with traditional networking.

For a start, it is difficult and time consuming to change and adapt the infrastructure due to the complexity of the network. The same can also be said about the constant implementation of new technology features that require time before the end-user benefits can be realised.

Furthermore, network intelligence tends to be too siloed from applications, preventing organisations from benefiting from the presence of valuable and relevant data in the respective systems.

Networking hardware is also too often closed or static, thereby limiting future scaling or enhancements of the data centre.

The problem with traditional networking should now be apparent. The network should be an asset to the organisation to drive innovation forward, yet it often holds other efforts back or slows them down.

How can organisations address these issues between the differing trends of deploying a converged infrastructure or SDN?

Deploying a converged infrastructure removes a layer of complexity when data centre configuration is abstracted by pre-assembling the components so organisations don’t have to deal with the pieces.

This ensures that tighter integrations are built along with preconfiguring of the pieces – storage, networks, and compute servers – with different applications and uses in mind.

With the pieces being integrated and working collectively at optimal capacity, organisations are able to streamline day-to-day management of their data centre. They may also stand to benefit from reduced costs that would otherwise be spent on single-use components that are required in the managing or troubleshooting of these pieces.

By consolidating resources and outsourcing the network complexity, time taken to build and scale the data centres is significantly reduced.

Then there is SDN which, in most architectures, disaggregates networking and IT intelligence into separate pieces in order to create more layers of abstraction and thus increase agility and levels of control and automation.

SDN allows the option to separate networking intelligence from networking hardware which cannot be achieved with traditional routers and switches that have mutually exclusive software embedded within the hardware.

With software not being bound to a networking operating system or control plane, opportunities to leverage new innovations faster will arise.

The most extreme incarnation of the SDN model has the potential to add complexity, but also to increase agility and choice, and thus addresses many of the challenges listed above.

To the uninitiated, these may seem like opposing approaches: Integrate and bring the pieces closer together, or disaggregate and have more moving pieces.

Yet, from what has been identified, there are different advantages in the deployment of each trend.

Organisations that are interested in getting things up and running quickly may go to the most converged infrastructure available, while those interested in open and dynamic networks that can leverage new innovations faster will look to SDN.

Evidently, these are conflicting trends, yet ultimately it boils down to the different needs and approaches of an organisation, all of which seek to achieve the goal of greater business agility.

How to turn your network into a strategic business asset