Companies embrace chatbots, but only a step at a time : Page 2 of 2

Lead, not be led

I recently reported on two companies that have some of these aforementioned qualities in their approach to new technologies. The first is Digi.com Bhd while the second is MUV Solutions Sdn Bhd. MUV Solutions is a wholly-owned subsidiary of Warisan Tan Chong Holdings which is part of Tan Chong Motors Holdings Bhd.

Both were customers of Google Cloud, which unveiled their first Malaysian customers at an event in Kuala Lumpur recently. According to Digi’s head of digital exploration and service design Deb Tan (pic, above), the end goal in building its chatbot, dubbed ‘Will,’ was to enhance the digital experience of its customers and reduce contact centre workloads.

Tan said that Digi came up with an idea to build a chatbot at the end of 2016 with the aim of meeting the different needs of all their customers. The introduction of ‘Will’ was part of a broader digital customer care initiative, which Digi had been embarking on, and includes the introduction of Live Chat – manned by humans – to support its contact centre.

In a follow-up interview, Tan told me that part of this initiative was to improve the overall customer experience as Digi found that many of the questions on its Live Chat service were routine questions, to which answers could be found on the FAQ pages of its website.

Tan explained that Digi was looking at various chatbot services, including the one by Facebook, but ultimately decided on Google’s Google Dialogflow and Google Cloud’s infrastructure-as-a-service (IaaS) to host its chatbot. She also said her team had considered all other major cloud players but declined to reveal by name who they were.

“We did consider other players, but ultimately for us it was not just about the product but the support we got from Google in helping us solve the problem,” she explained. “We were evaluating based on the capabilities of [Google’s service] to self-learn, as well as the ability to improve the accuracy of answers churned out by the chatbot over time.”

Chipped in head of IT at Digi Anwar Ishak, “At the time, the way Google packaged its service and the completeness of its offerings worked for us. We were satisfied with what they had to offer in terms of their machine learning product suite.”

This in my opinion was a good move. Companies that are exploring technologies such as chatbots should not be hemmed in by what the technology vendors offer. Digi looked at their needs and evaluated what was best for them. And they shopped for the right vendor to fit those needs.

AWS may be the largest cloud service provider on the planet but that doesn’t mean that it has the best offering that suits everyone. Companies today have a multi-cloud choice, and should take advantage of this by shopping for the right vendor based on what their needs are.

The second lesson gleaned from Digi was that it readily acknowledges that building a chatbot is just a first step, and that constant improvements will need to happen as time goes along.

Tan conceded that currently, ‘Will’ has very rudimentary functions and although it’s publically available to customers, there is a lot more to come. ‘Will’ can currently answer some basic questions but past a certain point, it will refer customers to another source of information, such as Digi’s website.

Tan also said training the chatbot takes time and effort. And she acknowledged that while it’s true to say that the chatbot can participate in some level of self-learning and figure out some level of intention inferred from questions asked, assuming it has been trained with the correct data, Hollywood-type artificial intelligence (AI) examples of talking machines interacting freely with humans isn’t going to happen as yet.

Asked what would be a key learning for its journey with ‘Will,’ Digi’s Anwar said what is more important to the company is the knowledge and experience that it gains from such an undertaking.

“Our digital journey in everything we do is a learning experience for us. Whether it becomes a reality as a product and whether it will see the light of day, what’s clear is that every single project is exploratory in nature for us.

“This learning can be the basis for further work in the future. My view is that any new technology which is about solving real business needs and/ or opening up new business opportunities and new revenue streams is good for us.”

Digi is right in taking small steps at this chatbot project so that they can learn as much as they can before embarking on grander projects.

Doing so also means that it can pace itself correctly and not set too high of an expectation such that if it doesn’t work out, those involved could rework things and not get demoralised in the process. For Danry Chin (pic, above), chief executive officer MUV Solutions, companies must not be afraid to embrace new technologies because the alternative of not doing so is worse – that of becoming obsolete.

“Any company will have to start somewhere,” he explained. “You have to have a vision but don’t be too ambitious. Start small with a pilot. Fail if you must. Then learn from it, and move on.”

MUV first began life as a used car auction company, which conducted its bidding of cars physically on a set day of the week. But as the digitisation trend progressed, MUV needed to build an online platform to meet the needs of its customers. For some time, it built its own applications but quickly switched to using the cloud because it was much more efficient.

Chin said Google Cloud’s Firebase was one of the key reasons for choosing the vendor.

“In total, it took us only seven months to rebuild our applications and online platform from scratch, and this includes three mobile apps,” he claimed.

On the issue of chatbots, Chin acknowledged that there are plans to deploy one sometime later this year.

But his vision for chatbots isn’t just about enhancing customer service but making use of the vast treasure trove of information that gets collected on its online trading platform, including what is collected on the chatbot app eventually when the app is launched.

“We don’t have fixed products like a telco does. Our business is all about matching bids from buyers for vehicles that we’ve taken in from customers. So our data is very dynamic, always changing.

“Thus our ‘product’ – which is a large database of information and what customers do on our trading platform –  is always changing and we must use that information wisely to match buyers and sellers in the most efficient way.

“The chatbot is an extension of this and not an end in itself,” he argued. “So for us the intelligence and the analysis of the information is most important. The building of the chatbot will be guided by this philosophy,” he said, adding that this is why MUV has not rushed to develop its chatbot as yet.

Chin also said MUV may be wholly-owned by Warisan Tan Chong Holdings but it functions very much like a startup. In total, there are about 26 people in MUV, most of whom build the online trading platform. Chin also revealed that it has about four data scientists working on making the data they collect work for them.

MUV Solutions to me seems to be on the right track. While being backed by a big company, it’s still being made to account for the money spent on new technologies such as chatbots. This is of paramount importance as one should not get into chatbots for the sake of doing so.

And one shouldn’t embark on a chatbot project just because one has the resources to do so.

In viewing the chatbot as a tool that is to, in this case, make sense of the information that enhances its core business, Chin is treating such an implementation as a means to an end, which is the right strategy to take.

At the end of the day, companies seeking to adopt cutting-edge technologies need a coherent strategy that is realistic in its tactical implementation.

Whether you’re about to dabble in new technologies – be they chatbots, drones, blockchain, smart contracts, real-time payments, virtual/ augmented reality, cognitive analytics – you need to approach the business problem with a tech solution, in a prudent, strategic manner, and to do so with a long game in mind.

Doing so will likely ensure that you’re able to succeed in small steps. And if not, you can recalibrate and soldier on until you’re successful.

Edwin Yapp is contributing editor to Digital News Asia and Asean analyst at Tech Research Asia, an advisory firm that translates technology into business outcomes for executives in Asia Pacific.

Asia is the next frontier for AI development 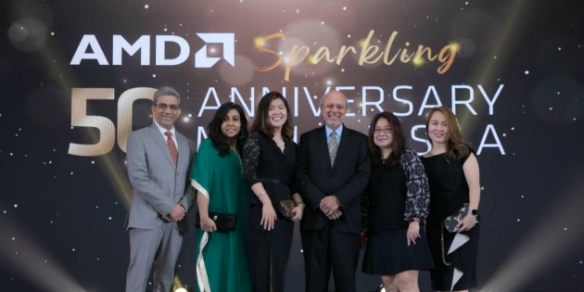