LOOKING back over a whole year, it is astounding that 2017 has come and gone so quickly. Over the course of the year, many interesting stories passed through our doors here at Digital News Asia, so there is never a shortage of great story ideas.

That being said, this also makes the task of picking my year-end top five all the more challenging as there are just so many to choose from.

This year there is a definite a lot of buzz around the development of Artificial Intelligence (AI) having travelled to Mobile World Congress and Nvidia’s GPU Technology Conference.

There is also a host of interesting homegrown startup stories that are simply inspiring and one cannot deny the true grit these daring entrepreneurs have. As mentioned earlier, 2017 was indeed the year of AI stories but with so many misconceptions about AI what it means to businesses, it was good to get some perspective and clarity from Gartner research director Anthony Mullen (pic, above) on what AI can really do.

Basically, Mullen explained that AI assistants are growing in popularity with products like Amazon’s Echo increasingly common in the west. Suddenly this pulls the rug right from under the feet of apps as these AI driven assistants can help people find information effortlessly.

This is not limited to consumers asking Alexa or Google Assistants to order a new roll of toilet paper but enterprises are also using AI to conduct predictive analysis to anticipate customer demands and drive automation in business processes.

However, as great is the power of AI, Mullen cautions that security is an area that is still sorely lacking in the AI field and needs to be addressed by way of biometric authentication to identify users that are issuing commands.

Also, don’t worry AIs won’t take away our jobs just yet as they will play a supporting and complementary role to high demanding jobs, leaving humans freer to do decision making while AI does the manual process quicker and more accurately. So yes, we are safe. For now. 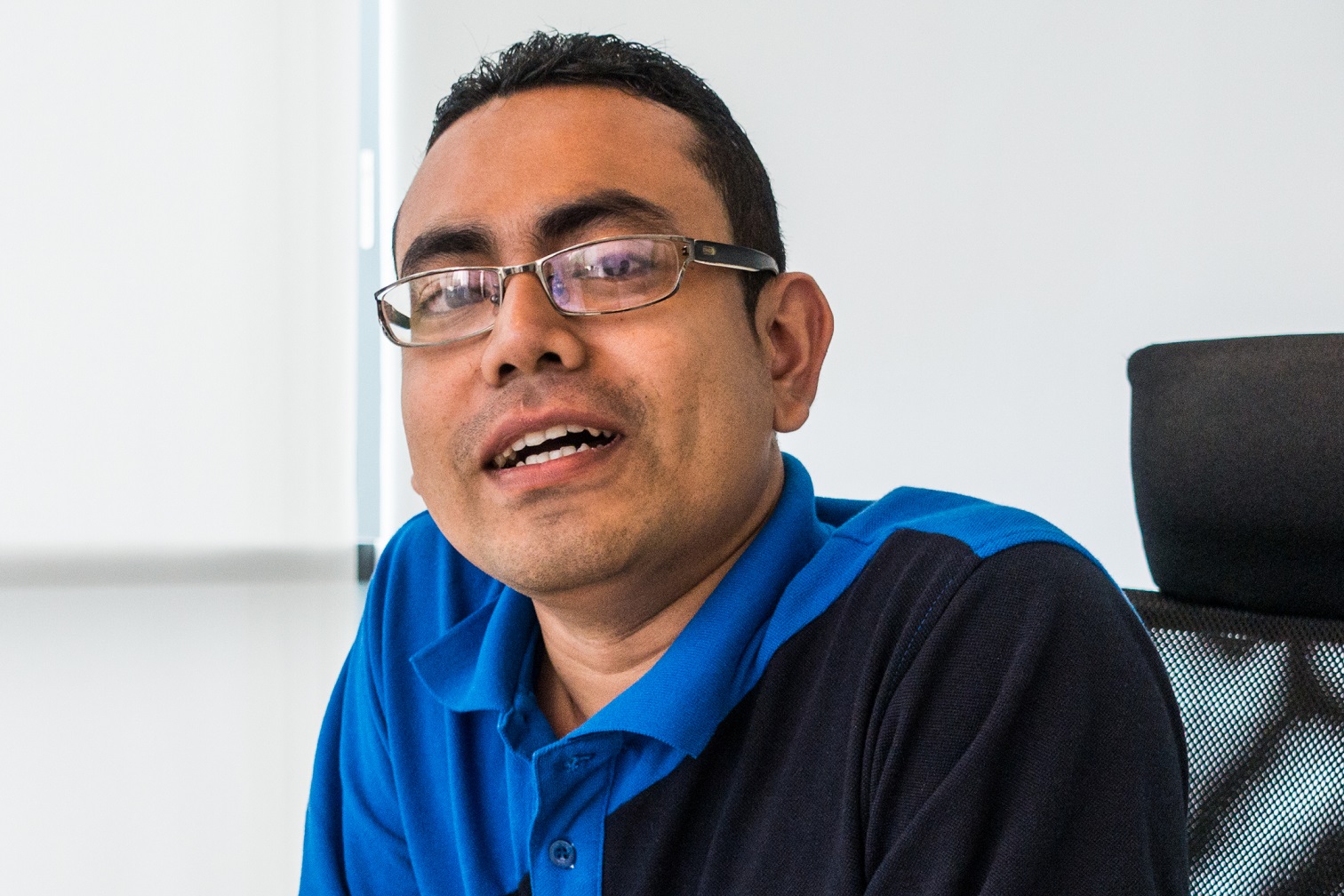 Over the course of the year, I have interviewed a number of game developers but none have been as inspirational as Weraku Games’ founder and product manager Ahmad Ashraf (pic, above) journey.

The fact that he isn’t a high flying entrepreneur that has it all figured out but originally wanted to start his business as a game publisher. But that didn’t work out as the model was capital intensive and the market conditions just were not right.

That being said, he still pushed through his dream even during his day job working as a product manager in the mobile department at N2N Connect and was recognised for his efforts by the company’s managing director Andrew Tiang. Like a phoenix rising from the ashes, Weraku Games was reborn and Ashraf was able to continue working on his passion making games with backing from his current company.

It certainly isn’t every day that an independent studio gets a second chance at life so because of the Weraku Games’ story really stands out. We hear so much about how the Internet of Things (IoT) will shape the future. But we need not wait five or 10 years to know what the future may bring. It is happening right now as ZTE Corporation has already made progress signing a strategic cooperation agreement with Intel to conduct more research on IoT.

For a telecommunications players like ZTE, this is a forward-thinking moving as IoT solutions will be at the centre of developing 5G networks, the next evolution in mobile networks. Being an enabler in the IoT space means that it can focus on four key areas: smart cities, smart homes, the industrial IoT and connected vehicles.

Again, these developments are not happening in a vacuum, they are already underway. ZTE claims it has deployed its IoT solutions in over 140 cities in 40 countries. This ranges from including smart energy saving street lights, smarter traffic lights that help alleviate traffic congestion to connected vehicles that make driving safer.

Though the IoT market is still in the early stages and not profitable just yet, ZTE is nevertheless looking to provide assistance and support to those that require an IoT end-to-end solutions provider. Another notable Malaysian game developer that has risen to prominence is Magnus Games and their game Re: Legend. Founded by two brothers, Dong Chee and Welson Gan, who have a deep passion for gaming, they successful raised a S$630,700 on Kickstarter thanks to 7,385 backers, making it the biggest Southeast Asian game to on the crowdfunding platform.

That is indeed a legendary feat for an independent studio who has yet to release their first game. Inspired by their favourite console games the two brothers spent countless hours researching about how to conduct a great Kickstarter campaign a full year before they kicked it off.

That paid off as they put their own personal touch to the campaign, devoting hours of time answering every question their backers asked them.

Though they faced some setbacks here and there, they are going to shift to a new office and look to finish their game by the third quarter of 2018. How do you design a building that you have never stepped into? One of my favourite topics at this year’s Nvidia GPU Technology Conference was how Nvidia themselves designed their brand new campus with the help of virtual reality (VR).

It is no secret that Nvidia was originally pushing its graphics cards for PC games, but it is graphics cards themselves that are pushing them to a new game of supercomputing, powering connected vehicles and harnessing the power of AI.

Having been on a tour of the new campus grounds, it is quite remarkable that Nvidia used simulated lighting to see how to place hundreds of skylights to let the right amount of light, enabling better energy savings.

Also, VR really helped them in the design process as they were able to spot mistakes that couldn’t be seen from a top-down architect's drawing.

But probably, the most useful application of VR is that it makes giving feedback and communicating design changes easier than ever. Now instead of waiting for construction to begin and spotting mistakes, designers can spot them while planning the building.