A WHOLE year has passed and a great many stories have been told. Being a part of Digital News Asia has been an eye-opening experience and I have spent these past several months constantly learning more about the vibrant tech ecosystem in Malaysia and Southeast Asia.

Although I have been a technology journalist for much of my working life, I had spent most of my time reviewing hardware products and games. Truth be told, I have had little exposure to the startup ecosystem but am glad to have those doors finally opened to me here at DNA.

Now that I have walked through the door, I can’t wait to uncover more stories in the coming year. Here are five of my favourite stories from the year just passed. Malaysia has aspirations to be a videogame development hub in the region. Part of the efforts to achieve this is through the introduction of industry level events like Level Up KL that lets local developers connect and learn from one another.

Being a game developer is tough and it is not made easier by the fact that majority of them do not survive past their first game. This was the harsh truth according to Vlambeer co-founder Rami Ismail (pic above) during his keynote speech, “You Don’t Stand a Chance” during Level Up KL.

Which such an ominous title for a speech, I was intrigued by what he had to present. It was a sobering listening to the fact that there are a lot of factors stacked against you.

Though there are many factors that can lead one to failure, with perseverance, determination and a willingness to experiment, it is all a matter of surviving and bettering one’s self. If you haven’t already heard, videogames are not just a pastime anymore. There’s big money to be made in this business especially with the competitive eSports scene set to grow in Southeast Asia.

Though I am not an eSports enthusiast myself I can see why the passionate fanbase of predominately young gamers and sometimes older non-gamers are excited about this space.

I attended an eSports tournament a few years ago and the pure energy of the event was enough to charge me up to the point where I found myself enthusiastically rooting for one of the teams.

Although not many traditional entrepreneurs understand the value of eSports, the facts and numbers are racking up to show more and more people, regardless of whether they are gamers or not, watch eSports.

The good news is that most of the Southeast Asian market is untapped, so those who make the first move will have first-mover advantage in the space. It is not every day one steps into a high school to interview a bunch of developers who are trying something completely crazy: Building a videogame that educates players on chemistry while having fun at the same time.

I found it interesting that the developers at ACE EdVenture Studios (ACE) were willing to take on such a monumental task. But I guess it should come to no surprise as their founder Anne Tham, who also founded the Sri Emas International School where the studio resides, firmly believes in delivering fun and engaging ways to educate children.

The development did stall at one point but the studio managed to pick itself up. Today ChemCaper: Particles in Peril is highly regarded and there are plans to produce its sequel along with a slew of other game titles that touch upon different subjects.

It is great to see a homegrown studio turning its dreams into a reality.

Merdeka: For Malaysians, it’s about getting the best deals’

Malaysians are crazy for deals no matter what time of the year it is. That much is evident from the joint study conducted by online marketplace 11street and Google Malaysia that shows a trend of Malaysians slowly turning towards online shopping.

I spoke to Google’s managing director for Malaysia, Vietnam, Philippines and New Emerging Markets Sajith Sivanandan and he explained that search terms for ‘merdeka sales’ and other promotions have increased exponentially over the last few years.

What is even more interesting is that Malaysians’ interest in deals go beyond travel-related ones to encompass hypermarkets and ride-sharing services deals.

It is clear to see that the average Malaysian consumer is willing to buy products in categories like fashion and electronics online. This then means that local businesses can no longer afford to stay offline, as they too must take the fight online. It is startling to think that the digital revolution has just only begun at the manufacturing level. I was surprised to learn during General Electric’s Digital Advantage Conference that while consumer technologies have progressed so far along, the same cannot be said of the digital industrial revolution.

GE’s digital chief commercial officer Mark Sheppard (pic above) explained that the Internet of Things (IoT) will play a great role in improving the way the manufacturing sector works. Call it Industry 4.0 if you will, the amount of savings and efficiencies generated will benefit companies greatly.

But at the same time, GE’s digital solutions architect Rajiv Niles warns that we should not be ready to dive head first but must keep in mind the risks and threats from a more connected infrastructure.

As with many things, it is wiser to look before one leaps and that is a lesson that we can all take to heart for 2017. 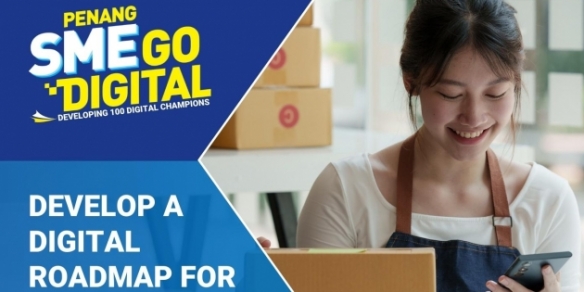