DURING a break at last month’s MaGIC Startup Academy launch event in Cyberjaya, I found myself having a pretty interesting conversation with Bobby Liu.

Liu is a Singaporean who currently calls Hanoi in Vietnam home. He spends much of his time incubating startups at co-working hub Hub.IT, and is the founder of Asia Startups, a platform to connect entrepreneurs.

With a mission to build a great entrepreneurial ecosystem in Hanoi, Liu shared with me that he is facing a dilemma of sorts. Due to the hard work being put into nurturing Vietnamese startups, investors have taken notice and are keen to play a part in the funding pipeline.

The question is: How do you accept such funding partners that would invariably zero in on only a handful of startups or particular market segments, whilst keeping the programme open, inclusive, and independent? 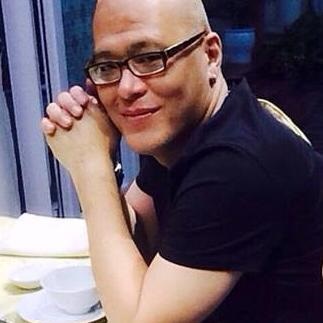 “Ideally, I'd like to have an independent incubator without the funding element,” Liu (pic) said.

“I know that people need to be paid at some point, but with having a ‘vested-interest’ incubator, the pressure is in churning out investable startups so as to create value for the investors backing the programme,” he added.

Liu was at the tail-end of solving this problem when I met him. However, a comment he made about wanting to help “build business-ready startups, not investment-ready ones” really got me thinking.

So, what’s the difference between business-ready and investment-ready?

When asked, StartupMalaysia.org founder Dhakshinamoorthy Balakrishnan noted that a startup is, by definition, an experiment with some hypothesis it aims to test.

An investment-ready startup, on the other hand, needs money to expand or scale, although Dhakshinamoorthy also argued out that the lines between the two are usually blurred.

Liu readily admitted that his own definition of the two strides a fine line, as startups do have to possess some viable business plan before any investor will be interested.

However, he described ‘investment-ready startups’ as those that have disruptive ideas, may potentially change how we do things, have great potential (although not proven), and are sort of like a business of the future.

“The Internet of Things is one area where you see … [many] such startups,” he said.

Investment-ready startups are also those that have undergone a structured programme, satisfied all the requirement of the programme, met with all the key performance criteria, and possess the potential of a viable, and hopefully scalable, business model.

Business-ready startups, however, typically localise existing ideas, and are usually services-based and sector-specific, with solutions for ‘real-world problems.’ They usually have traction, with a product or service already tested in the market, and while they may not be quite scalable now, are looking for funding to help scale and expand.

“Typically, these startups have founders who have been around the block a couple of times already,” Liu said.

While startups going on to become giants is not something to be scoffed at, the fact remains that it take years, if not decades, for that to happen.

It really does boil down to a numbers game, and in the regional fight for mindshare and recognition as a startup hub. You need the quicker turnarounds vis-à-vis announcements of successful Series A, B or C rounds, and massive growth while patiently waiting for those IPOs (initial public offerings).

In the long-term big picture of building a mature ecosystem, you need both investment- and business-ready startups.

As Liu said, “There has to be a balance. Too many future businesses may result in unrealised endeavours, and too few will result in less innovation.” Dhakshinamoorthy (pic) argued that the focus should be not on the type of startup in question, but rather, the people behind it.

“I've always maintained that the focus should be on individuals. We have to encourage, catalyse, and enable as many people as possible to take that leap into starting companies.

“Say 10,000 guys and gals want to be entrepreneurs; 1,000 will go on and start companies; 100 may survive; and 10 may become sustainable ventures. Out of this, one or two may become ‘buyable’ ventures or do an IPO,” he said.

It is obvious that the ecosystem wants to be investment-ready. Malaysia wants to be known as a regional startup hub, on par with the world’s best, so that it becomes a no-brainer for foreign founders and foreign money to call this place home.

But perhaps before Malaysia gets to claim its place as an investment-ready destination, some attention must be put towards first becoming business-ready.

Yes, the majority of publicly-listed Internet services companies from South-East Asia are Malaysian, but is that all there is to the nation as a breeding ground? What can or do we offer outside those verticals?

Once all the above can be confidently and convincingly demonstrated, that these fundamentals exist, only then can the nation’s aspirations to be disruptive and investment-ready be brought to life.

Until we prove that – to ourselves and to others across a broad range of sectors – we should be honest about still being a ‘startup nation’: That is, a country that is still in search of a repeatable business model.