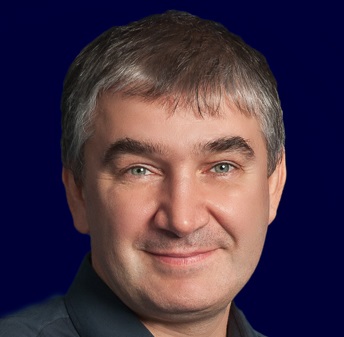 FOR some reason, no one ever talks about burning out in business, as burning out. But it is a large, widespread problem for the employee, as well as for his employer or partner.

I've encountered situations like this many times, and know that it is almost impossible to get a person out of this state, and that has been done by very few.

The good news is it's very easy to spot a 'burnout' – his or her work intensity and overall persistence falls dramatically, but mainly his or her creativity disappears. For example, I send 3,000 emails per week, my employees send 600, and the burnout sends 100. That’s the whole test.

However, identifying isn’t the same as curing. It’s especially bad that most burnouts are good people, and, up to some point, effective employees. Furthermore, a burnout doesn’t just do a bad job himself, but also ‘infects’ people around him or her.

In any case, this cannot be disregarded – the ‘disease’ does not ‘cure’ itself. A person can show up to work on time and sincerely want to help others, but it won’t work, and he isn’t to blame.

The first thought that comes to mind is sending this employee on a vacation. But it’s not so easy – upon returning, if it were just a regular short vacation, he or she would probably not get any ‘better.’

I’ve tried this with a couple of people, and it didn't work. Upon their return, they were just as ineffective as before they’d left.

The second method is to try and give extra motivation to a person (financial, usually). This is also not the best idea, as the problem lies not with a lack of motivation – the burnout sincerely wants to help, but simply cannot.

Nevertheless, getting this person back on track is possible. The main point that has to be understood is that burning out is just like any other illness – like, for example, alcoholism – so it needs to be approached calmly and unemotionally. You shouldn’t scold or push hard. Just get this person some treatment. First, you will have to send this employee on a vacation, but for at least a few weeks – otherwise this would be useless.

Second, you will have to change his type of work and his surroundings – the more drastically, the better.

You need this person to find a new focus. This is how we acted with one of our executives – at first, we forced him to go on vacation (which he strongly resisted), then we gave him a completely different project, relieving him of all his previous duties.

That helped! He became more active and creative than he was before.

The third method is letting the burnout see a psychologist. We have an organisational psychologist, Alan Spizman, who consults many American corporations. Alan works for all of our companies – Acronis, Parallels, and Runa.

There's nothing shameful in seeking professional help. But if none of this works, just let the person go, let him try and find himself on his own.

By the way, burning out can be prevented beforehand. In many large successful companies, personnel rotation is common-place. At Microsoft and Cisco, for example, some people work for 20 or more years, but they are constantly being moved to different positions.

One more duty of an adequate manager is seeking a healthy balance between the work, sleep and personal life, etc. for his top people. There must be balance everywhere, and imbalance should not be rewarded, even if it’s in favour of work.

Some people think that I work 24 hours a day, but that is not true. When it is needed I shift the balance.

To be honest, there aren't many chances of returning a person to a normal state without mentioning that the process of doing so is costly and long, so it’s best to try and prevent this situation altogether.

Serguei Beloussov has a 21-year track record in building, growing and leading high-performing, multinational high-tech companies in North America, Europe and Asia. He is currently focused on Acronis, the company he founded and now returned to as CEO, and is a senior partner at the Runa Capital venture fund, and executive chairman of Parallels. He is also into quantum technology.