For the majority of us living in Malaysia, I doubt we even know what 25 megabits per second (Mbps) means in terms of Internet surfing speeds, let alone four times that.

But on Sept 5, fixed broadband player TIME dotCom introduced its 100Mbps package to consumers at a flat RM179 (US$57), with its CEO Afzal Abdul Rahim claiming that its service will “blow everyone out of the water,” in reference to its competitors, namely incumbent Telekom Malaysia and Maxis.

There is a caveat though. While TIME’s broadband offering is blazingly fast, with zero entry cost, no rental fees and no equipment deposits, the service is only available to condominium dwellers as the company is only able to reach these subscribers and not those who live on landed property.

The broadband player said that it currently reaches 100,000 homes and added that there are around 250,000 condo units in the country. It also noted that this service isn’t about to impact its bottom line, as revenue generated from the consumer business for TIME is only a 10th of its total overall revenue of RM81.26 million (US$26.19 million) ending March 31, 2012.

But when asked why he was introducing such a disruptive broadband package to the market in Malaysia, Afzal said, “Because we can.” An audacious quip, but then those of us who know Afzal personally, will know that this isn’t uncharacteristic of him to make such claims.

But away from the banter and gauntlet thrown by Afzal at his competitors, I believe that his claim of “because we can” warrants further discussion.

TIME has been pushing the limits of fiber-based broadband by first offering 50Mbps to consumers, albeit at RM399 when it was first launched. Today, it’s offering 100Mbps for an introductory price of RM179 and is said to be upping the ante on its competitors.

A good thing, no? And will it really bring competition to the broadband landscape?

The first answer is, yes, I do think it’s a good thing to bring faster Internet to the masses.

After all, why shouldn’t it be?

Firstly, fiber technology has come a long way and delivering 100Mbps isn’t an issue for most systems today. Advanced states like Japan and Korea have been able to do this for years, as has our southern neighbor Singapore, which began offering 100Mbps services last year.

Secondly, the time for offering 100Mbps to the growing minority who want such a blazingly fast service is ripe simply because there are a variety of applications – for example, high definition (HD) video streaming and downloads – that people can and want to access.

And finally, the most compelling reason for offering faster broadband speeds is the fact that Malaysia, with all its aspiration to be a developed nation by 2020 – driven by the slew of three-letter acronyms such as ETP, GTP, KPI to name a few – needs to start benchmarking itself against the best infrastructure in the world led by the aforementioned countries.

So what’s holding more broadband players from offering such speeds? The lack of competition, IMHO.

A year ago, I wrote about the high cost of international IP transit, also known as international bandwidth cost, which unbeknownst to many, is something not often talked about when looking at the cost of what end-users pay for their broadband subscriptions.

Back then, several senior executives in the business told me that operators are currently paying far too much -- to the tune of US$55 to US$80 per megabit per month for international bandwidth.

Because of this our end-user broadband cost is still very high as the cost of international bandwidth is passed on to consumers. Just for comparison, the bandwidth cost per megabit per month in Singapore is about less than US$20.

Aiding this is another development -- the fact that Singapore is fast becoming the regional hub for a lot of big service providers and this means that local peering (connectivity at a local level) can be achieved simply by connecting our local links to Singapore rather than directly to the United States.

On to my second question on Afzal’s move to push the broadband pricing envelope – will such a competitive move bring more competition at the end-user level?

Afzal may have the bragging rights as the first to pull off such an audacious move but IMHO, the move while bold, in all likelihood may not stir the market that much as TIME’s broadband service is severely limited to just condominiums.

With no access to residential properties, TIME would almost always be a peripheral consumer broadband player, as attested by the fact that consumer revenue is only a 10th of its overall turnover.

At the end of the day, Malaysia has seen the introduction of better products and services (including customer service) as a result of competition. Just look at the mobile voice and broadband landscape and you’ll see it’s true.

But the availability of faster, cheaper fiber-based broadband for Malaysians is still a far way off and I believe this is hampered by the lack of competition. And bear in mind, we’re only talking about 100Mbps as we haven’t even begun to talk about what happens when 1Gbps comes into play.

While the playing field for fiber-based broadband might have flattened a fair bit compared to five years ago, the fact is that it is still not completely leveled because any operator that wants to introduce its fiber-based service into landed residential homes will still have to go via incumbent Telekom Malaysia.

This is the sad truth and until and unless a true level playing field is achieved, or forced upon by market competition or even by the regulator if it must, the quest for true broadband nirvana will happen later rather than sooner. 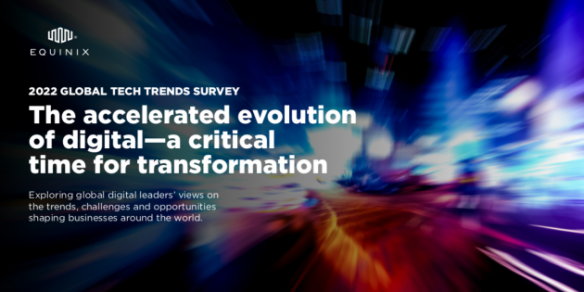