[Ed: The last two paragraphs of the article have been updated to reflect the latest case developments as of Jul 16.]

MUCH has been said about the dispute between the owners of the Chatime and Tealive bubble tea businesses. The dispute, however, is not as straightforward as the media has reported it to be. This article seeks to guide readers, especially laymen through this technical legal dispute.

La Kaffa International Co Ltd (La Kaffa) is the registered franchise owner of the Chatime bubble tea franchise (Chatime Franchise). Prior to the opening of Tealive, Loob Holding Sdn Bhd (Loob) was appointed as the master franchisee for the Chatime Franchise and had entered into an agreement called Regional Exclusive Representation Agreement (RERA).

Due to the popularity of the Chatime Franchise, it had expanded to 165 outlets in Malaysia in a short period of time.

However, trouble started brewing when La Kaffa alleged that Loob had breached RERA by, among others:

The parties then had the dispute arbitrated by the Singapore International Arbitration Centre (Singapore Arbitral Proceedings). The RERA was also terminated by La Kaffa. Loob argued that the termination was unlawful but accepted the termination in any event.

The matter was arbitrated in Singapore because Article 18 of the RERA stated that the RERA is governed by Singapore laws and any disputes regarding the RERA shall be arbitrated at the Singapore International Arbitration Centre.

Pending the disposal of Singapore Arbitral Proceedings, La Kaffa and Loob filed applications for interim injunctions under s 11(1) of the Arbitration Act 2005 and/or inherent jurisdiction of the Court in the High Court of Kuala Lumpur.

La Kaffa sought orders for, among others, an interim injunction to restrain Loob, its directors (including their spouses and immediate family members) and employees from, among others, carrying on business which is identical or similar to the Chatime Franchise business.

What is an Interim Injunction?

The important point here to note is the interim injunction.

The purpose of the interim injunction is to restrain Loob and its related parties from carrying on business which is identical or similar to the Chatime Franchise. This would include running the Tealive bubble tea business.

If the Court grants the interim injunction, it would last until the disposal of the Singapore Arbitral Proceeding. La Kaffa did not ask for a perpetual injunction to restrain Loob from operating the Tealive bubble tea business.

And to decide whether the interim injunction would support, assist, aid or facilitate the Singapore Arbitral Proceedings, the Court would need to determine if there is any bona fide and serious question to be tried in respect of the plaintiff’s cause of action against the defendant; and if so:

In other words, the Court would need to balance the rights of the parties to determine if Tealive should close down pending the completion of the Singapore Arbitral Proceedings.

Should Tealive close down?

La Kaffa says that it should because of our franchise laws and Article 15 of the RERA.

In brief, La Kaffa argued that s. 27 of the FA 1998 requires Loob and its directors (including their spouses and immediate family members) and employees from, among others, carrying on business which is identical or similar to Chatime Franchise business e.g Tealive.

(2) The franchisee, including its directors, the spouses and immediate family of the directors, and his employees shall comply with the terms of the written guarantee given under subsection (1).

Article 15 of the RERA provides the following:

Article 15. Forbidden to Engage in Competition

I. Forbidden during the term of Agreement. Unless otherwise consented by the Parties in advance and in writing during the term of this Agreement, either Party, including their managers, employees, shareholders, subsidiaries or parent companies shall not in the Territory, directly or indirectly by itself through agents, engage in any commercial activities that are identical or similar to those done in the Franchised Stores.

II. The Parties agree that the commercial or business activities being done in the affiliate stores of the MASTER FRANCHISEE, including their managers, employees, shareholders, subsidiaries, or parent companies at the time of the execution of this Agreement would not be deemed to be identical or similar to those done in the Franchised Stores if the said activities do not form part of the core business or are complimentary to the core business of the affiliated stores.

III. Application scope. The Parties hereby consent that the aforesaid sub-articles (I) and (II) shall be applied to prevent the FRANCHISOR and the MASTER FRANCHISEE from engaging in unfair competition in breach of this Agreement.

In brief, Article 15(1) of the RERA prohibits La Kaffa and Loob from engaging in competing business during the term of the RERA.

Next page: What the courts had to say 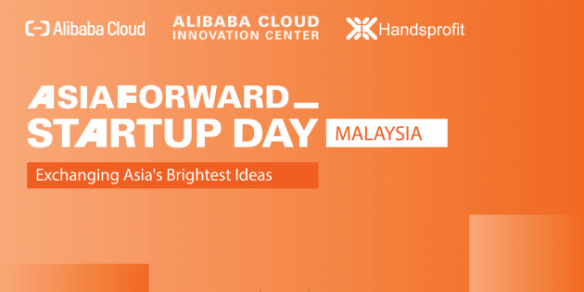