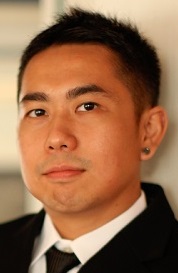 Employee who was dismissed for leaving a WhatsApp group

Last year, I reported that an employee was terminated by her employer after she left the WhatsApp group of the company (Thilagavathy a/p Arunasalam v. Maxis Mobile Sdn Bhd [2019] 2 LNS 1050). The Industrial Court held that that the Claimant was in breach of her terms of employment with the company when she failed to follow the reasonable oral and written instructions of the company, i.e. to obtain approval prior to exiting the WhatsApp group.

When the Claimant asked to be re-added to the group, the company refused to do so. The company’s witness also could not confirm that every employee has been informed that they need permission to exit the group. Therefore, it is reasonable to assume that the Claimant has no knowledge that permission is required to exit the group. The Industrial Court had earlier held that the Claimant ought to have cross examined the company’s witness regarding the issue of exiting the WhatsApp group. However, the High Court held that the Industrial Court failed to consider that the Claimant was not legally represented, hence she does not know how to cross examine a witness, and it is not fair to judge the Claimant with technical matters not within her capability as a layperson with no legal background.

First Decision on a Persons Unknown Injunction in Cyberspace

In most litigation cases, the defendant is usually named. However, the use of the Internet has made it harder for a plaintiff to trace the identity of a wrongdoer. This is coupled with internet users’ assertions of their right to remain anonymous for, among other things, their own safety, right to privacy and speech and expression.

In Zschimmer & Schwarz GmbH & Co KG Chemische Fabriken v. Persons Unknown & Anor [2021] 7 MLJ 178, the High Court granted an ex parte proprietary injunction and Mareva injunction against “persons unknown” as the 1st Defendant. In this case, the Plaintiff was a victim of cross-border cyber fraud known as a “push payment fraud” where the victim is tricked over emails to make a payment for a legitimate transaction into a different bank account under the control of the fraudster.

Justice Ong Chee Kwan delivered the first known decision on a Persons Unknown injunction. After going through a series of English cases against Persons Unknown, his Lordship held-

[49] As stated above, there is nothing in our Rules of Court 2012 prohibiting the making of an order against Persons Unknown. In fact, Order 89 of the Rules of Court 2012 for summary proceedings for possession of land allows for a defendant reference to Persons Unknown.[See Fauziah Ismail & Ors v Lazim Kanan & Orang-Orang Yang Tidak Diketahui [2013] 7 CLJ 37 (CA); the commentary in Foong’s Malaysia Cyber, Electronic Evidence and Information Technology Law, para [8.098] to [8.100]].

This case clears the doubt on whether action can be taken against Persons Unknown in respect of matters arising from the cyberspace sphere. With the increase of online scams and fraud, we can expect similar cases to be filed in Court so that victims of these cybercrimes are able to seek redress and preserve their assets.

On appeal, the Court of Appeal ([2019] MLJU 1496) held, among other things, that the Strata Management Act 2013 was to advance the interest in communal living within a strata scheme. Therefore, it would defeat the spirit and purpose of the Act for the proprietors, such as the Defendants, to use their residential units in the form of a business enterprise such as short-term rentals. The majority of the residents had voted against the same. The wish of the majority had to be taken heed of, hence there could never be any violation of section 70(5) when House Rules No. 3 was adopted.

Accordingly, House Rule No. 3 is not ultra vires section 70(5). As concurrently found by the High Court and the Court of Appeal, the said House Rule was enacted for the many legitimate purposes under section 70(2) or for that matter, for the purposes under which the Plaintiff has established under section 59 of the Strata Management Act 2013. As such, the Federal Court held that the said short-term rentals in this case amount to licences and not tenancies.

Discovery of the Identity of Social Media User

Last year, I reported that it is possible to file an action to obtain information about certain Facebook users in Malaysia. In Universiti Utara Malaysia v. Facebook Inc (Alor Setar High Court Originating Summons No. KA-24-1-01/2019), Facebook agreed to disclose basic subscriber information of certain Facebook users who allegedly have published defamatory statements against the Plaintiff (also known as a pre-action discovery order). However, in usual cases against foreign defendants, one would need to make a formal application to Court to have the court documents served overseas through, among others, the assistance of our Government and the foreign government or judicial authorities of that country. This is a long and complicated process.

The Court has also now allowed the service of court documents on Facebook Malaysia Sdn Bhd (“Facebook Malaysia”) as the Court found that Facebook Malaysia is the agent of Facebook, Inc under Order 10 Rule 2 of the Rules of Court 2012. In this case, the Applicants, who are husband and wife, filed a pre-action discovery order against Facebook, Inc to obtain information about certain Instagram users who had allegedly defamed them.

The High Court dismissed Facebook Inc’s application to set aside the service of the ex-parte order with cost of RM5,000. The High Court was of the view that:-

(1)        any reasonable man would conclude that Facebook Malaysia is indeed an agent of the Defendant by virtue of implied contract in existence between them as there were numerous online publications such as publication on the Prime Minister's Office on the attendance of the then Prime Minister and Communication Minister at the official opening of Facebook Malaysia, and New Straits Times report with the caption "It's official: Facebook opens office in Malaysia";

(2)        Facebook Malaysia is involved in the marketing and sales support services based on a search from the Companies Commission of Malaysia;

(3)        nothing was adduced to show that Facebook Malaysia had officially declared that it is not part of or an agent of the Defendant and vice versa; and

The High Court also held that when Facebook Malaysia was officially opened or launched in Malaysia, Facebook, Inc. was indeed conducting business in Malaysia. It follows that it can receive any mode of originating process on behalf of its principal here in Malaysia.

There were numerous malicious and defamatory remarks made by eight Instagram accounts which have reduced the Applicants into as though they are criminals and an irresponsible couple who does not deserve any respect from society. The defamatory words used, among others, are that the couple are kidnappers, paedophiles rapists, Satan practising black magic etc. The couple is experiencing great difficulties to identify the right party to sue, and the many court procedures to be adhered to, creating a great stumbling block for them to seek justice.

The Court was of the opinion that it will be highly prejudicial and cause grave injustice to the Applicants as though their rights to bring the actual culprits to court will be completely shut. There is no prejudice caused to the Defendants but on the other hand, the Applicants and family are still receiving continuous accusations and slanders. Even if there are some shortcomings or non-compliance on the part of the Applicants regarding the service of the court documents, such irregularity can be cured by Order 2 Rule 1 of the Rules of Court 2012.

The Rules of Court (Amendment) 2020, which came to force on 15 December 2020, introduced service of Court documents by means of electronic communication in accordance with any practice direction issued for that purpose. As of the date of writing, no such practice direction has been issued yet. Perhaps the Court may soon expressly allow the service of court documents by email and other instant messages applications such as WhatsApp, Facebook or WeChat. Our Courts have in the past allowed service of court documents in certain selected cases (for example, see 30 Maple Sdn Bhd v. Noor Farah Kamilah binti Che Ibrahim (Unreported; Kuala Lumpur High Court Suit No. WA-22IP-50-12/2017); Zschimmer & Schwarz GmbH & Co KG Chemische Fabriken v. Persons Unknown & Anor [2021] 7 MLJ).

This is Part 2 of a 3-part review. On Monday in Pt 3: All about cybercrime and contempt proceedings against Malaysiakini.

Foong Cheng Leong is an Advocate and Solicitor of the High Court of Malaya. He blogs at foongchengleong.com, and tweets at @FCLCo. www.linkedin.com/in/foongchengleong/