Big data and analytics trends for 2019 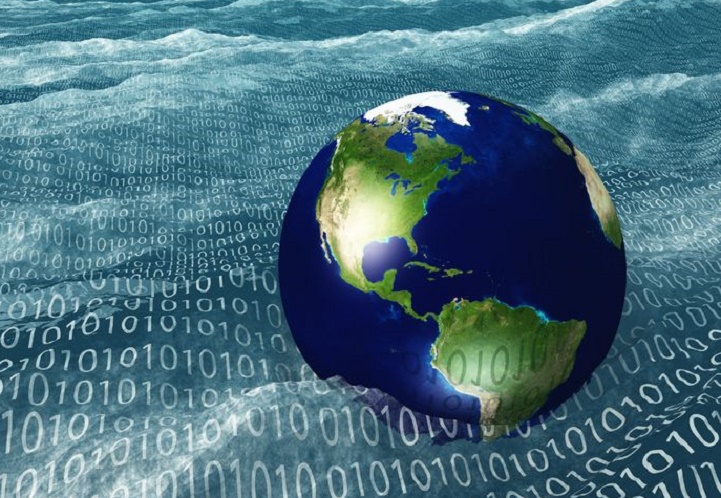 HAVING worked on looking at and analysing trends since 2013, I have been wondering if we are approaching trend predictions the ‘right’ way. Data is no longer small so BIG is the norm. If BIG Data will just become Plain Data in 2019, what would this trend mean to any one of us, as individuals and as a business?

With AI, predictive analytics is made more effective although this technology has been around for a while. The most sought out role in ‘Plain’ Data Analytics is the AI expert. This will not go away any time soon. In fact, demand is projected to only increase exponentially in the future.

Automation is a hot topic because of potential job losses.  Robotic Process Automation (or RPA) is an emerging form of business process automation technology. For example – if you receive an invoice, it would automatically put it in Microsoft Excel for you.

According a new report from the World Economic Forum (WEF), AI and Machine Learning are expected to create 133 million new roles but cause 75 million jobs to be displaced by 2022.

In Asean alone, as many as 28 million job losses can be expected by 2022.  Agriculture will be the sector hit hardest in this region but sectors that would be seeing demand for new workers are wholesale and retail, manufacturing, construction and transport.

How much could businesses potentially save by adopting automation? According to the WorkMarket 2020 In(Sight) report findings, 53% of employees stated that they could give up two hours a day through automation and 78% of business leaders said that automation can free up three hours a day.  If I used an example of an average company with 500 employees in the US, they could potentially save up to US$4 million per year.

From the perspective of an average employee, imagine that in a 40-hour work week, you could potentially save 10 hours and work on your career development and personal growth (that we all complain that we don’t (ever) have time for).

Traditional machine learning model development is a multistep process that requires domain knowledge, mathematical expertise and computer science skills – a tall order for any company, much less one data scientist. After all, they aren't miracle workers.

This also opens the door to human error and bias, which could adversely affect model accuracy and devalue any insights derived from the model. We will be seeing more and more new roles within businesses, specifically roles that entail decision-making. To start off, there will be the emergence of chief data officers (CDO). There is a lot of talk on this. Classic roles such as chief information officers (CIO) or chief technology officers (CTO) will be replaced with CDOs.

The role oversees the collection, management, and storage of data across an organisation. They are responsible for analysing and deriving insights from data to inform business strategy and value. They would be an integral part of the C-suite.

There is a huge demand now for Data StoryTelling. Google’s chief economist Dr. Hal R.Varian stated, "The ability to take data — to be able to understand it, to process it, to extract value from it, to visualise it, to communicate it — that’s going to be a hugely important skill in the next decades." And he said this in 2009, 10 years ago!

You have to tell the story with visualisation.  All the data in the world is useless – in fact it can become a liability – if you can’t understand it. Data Visualisation is about how to present your data, to the right people, at the right time, in order to enable them to gain insights most effectively.

Our working styles will change considerably in 2019. Mobile First is already driving the ‘working from anywhere’ culture. It is not a new technology but now, all web designs and UI/UX out there will be designed to adopt mobile phones before it is worked on for desktops.

This wasn’t the case even two years ago. Having real-time data and being able to make real-time decision on the go will be the method of working this coming year. It is not like it hasn’t started already!

I cannot talk about any of the above without looking at infrastructure and hardware support. With our lifestyles supporting this, Internet of Things (IoT) will just grow. It is not just in the manufacturing side but also in our everyday lives, from driving a car to home optimisation.

With the likes of Alexa, we could take charge of our lives in much simpler ways. Many would argue about having too much dependency on such tools but hey, it is what it is… and it won’t go away. Because we as humans at this point in the century just want simplicity.

With the growth of IoT, Edge Computing has come to surface. There are huge debates if this will kill Cloud Computing. So to ease such concerns, let me briefly explain to you what Edge Computing is.

An analogy that I read recently and really liked illustrates my point perfectly which is the fear people had when TV came that radio will die. I believe it will be the same. You and I still listen to the radio and we wouldn’t and couldn’t watch TV when driving (even if we wanted to!).

I also read about the emerging and sudden spike in interest for Quantum Computing. Bear with me, this is not new and has been extremely difficult to build. They have been working on the technology for 10 years now. What I believe has happened now is that the likes of IBM and Google along with the top universities have combined their efforts to allow Quantum Computing the opportunity to become a reality next year.

But if this true, then the coming of Quantum Computing would actually kill blockchain technology. It will surely be interesting to watch this space in the coming year.

2019 will be a year where businesses won’t doubt the need of analytics in the decision-making process. There will be more and more investment in this area. The cost of analytics will go down because the major part of the investment started at least three years ago.

What remains the biggest challenge to businesses till today and will continue in the future is the challenge of getting TALENT. I constantly talk about the strategy around Human Capital becoming the single most important strategy for a business to stay relevant.

Businesses will and have to continue investing in re-skilling and upskilling their employees. Individuals will have to learn to unlearn and relearn. It is not the job loss that concerns me, it is the speed of it happening that worries me. Hence, “the illiterate of the 21st century will not be those who cannot read and write, but those who cannot learn, unlearn, and relearn.”