Limitations and exceptions to copyright are the user rights that we all enjoy over copyright works, extending to any use that the copyright owner's exclusive rights don't cover (such as reading or playing the works in private), as well as other uses that copyright law sets out.

The TPP includes a new article providing that “each Party shall confine limitations or exceptions to exclusive rights to certain special cases that do not conflict with a normal exploitation of the work, performance, or phonogram, and do not unreasonably prejudice the legitimate interests of the right holder.”

This is piece of legal voodoo known as the ‘three step test,’ and the problem with its inclusion here is that it suggests that no limitations to copyright are allowed unless they comply with this test – that is, after all, exactly what it says.

Why include it at all, then?

More useful is the next new provision which follows, explicitly suggesting that, “Each Party shall endeavour to achieve an appropriate balance in its copyright and related rights system, inter alia by means of limitations or exceptions that are consistent with Article QQ.G.X, including those for the digital environment, giving due consideration to legitimate purposes,” and going on to give a non-exclusive list of these.

Whilst quite a small crumb offered up to consumers in comparison to the exhaustive protections given to rights-holders, this is at least a modest improvement on the previous leaked draft. On Technical Protection Measures (TPMs, often referred to as digital locks), we again have a split between two proposals.

A complex and comprehensive proposal to prohibit the circumvention of digital locks is proposed by the United States with the support of Australia, Singapore, Peru and Mexico, which is opposed by Malaysia, Vietnam, Brunei and, interestingly, Japan.

Chile, whilst not opposing this proposal outright, has engaged with it in detail and proposed a number of specific improvements.

As it stands, the text would prohibit the circumvention of such digital locks, and the manufacture or distribution of devices or services that are primarily designed to do this.

In certain cases, criminal penalties are even imposed – due to various aspects that remain in contention these cases are not yet clearly defined, but may include the wilful use of circumvention devices for commercial purposes, other than by libraries and educational institutions.

One of the most unfair things about digital locks is that it can be an offence to break them even when you are doing so merely to use an item that you have legitimately purchased, which is not a breach of copyright law – for example, using software to remove DRM from a video file so that you can watch it on an unsupported device.

The US proposal would entrench this rule (with only Chile in opposition), notwithstanding that at an American court decision has recently thrown doubt over whether breaking a digital lock is an offence when there is no underlying copyright infringement.

Some exceptions to the offence of circumvention are allowed under the US proposal, but these would be limited to special cases such as interoperability and security research and testing, protection of minors or user privacy, law enforcement, and acquisition decisions by libraries.

A provision modelled on US law would allow an agency to establish further time-limited exceptions, though a regular public hearing process.

Canada proposes that such additional exceptions need not be time-limited, and Singapore and Chile propose another specific exception, namely the legal importation of devices such as region-free DVD players that do not honour digital locks.

But the alternative proposal on digital locks that comes from Malaysia, Vietnam, Brunei, Japan, Peru and Chile is much simpler and fairer to consumers, explicitly specifying that protection against the circumvention of digital locks is only to be granted “where circumvention is for purposes of infringing the exclusive rights of copyright owners.”

Moreover, under this alternative proposal, parties may provide consumer protection measures to ensure that consumers do not lose the benefits of access to works that they have purchased, due to the overreaching effects of digital locks that have been applied to those works.

This alternative proposal does a good job of minimising the most egregious problems that digital locks create for consumers, and – if the only alternative is the strict US-proposed provision – it deserves support from consumers. 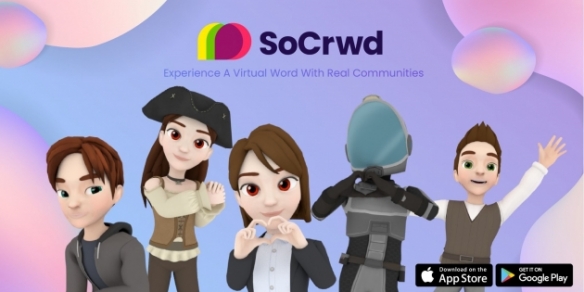