ALL eyes were on one of the most valuable tech companies by market cap as Apple Inc launched new products on Sept 13. Prior to the event, speculation was rife that Apple is going to be launching an updated version of its hugely successfully iPhone X, with many predicting larger screens compared to last year’s model.

Back in the day when Apple’s founder the late Steve Jobs was running the show at Apple, it was virtually impossible for anyone to guess what he would launch. Fast forward to today, things aren’t the same as a number of news outlets had already reported on what was expected, one even as far back as two weeks before the event.

Consequently as the event unfolded on Sept 13, there wasn't as much surprise as before. One journalist even claimed that Sept 13’s event “has to be one of the more disappointing ones” he’s attended by far, in the last decade of covering Apple.

Perhaps it’s because the anticipation was lost due the fact that details of the latest iPhone were already known. Perhaps Apple’s CEO Tim Cook isn’t the man Jobs was. No matter the reason, one thing’s for sure: Apple’s launches usually elicit all kinds of different emotions from different people.

Personally, I haven’t followed Apple launches for quite some time. The last one I wrote about was at least two to three years ago. But this time around, I took notice for two reasons: One, I wanted to see how Apple would improve on the 10th anniversary iPhone X. Two, what other products would Apple update besides its smartphone.

In a nutshell, Apple launched bigger screen models and updated its smartwatch. I won’t repeat what’s available in terms of the details except to point you to two sites for more: Reuters to give you a business perspective and The Verge for the consumer angle.

To be honest, what caught my eye was Apple’s updated watch rather than the updated iPhone. Why? For the simple reason that Apple’s Watch Series 4 has evolved beyond just connectivity, apps and notifications.

Indeed many felt that Apple Watch stole the show from the iPhone. The Verge seems to thinks so, as did ZDNet.

Now I’m not going to dwell on the bevy of new features that the new Apple Watch has, such as water resistance or a larger screen. The two features that caught my eye were: The addition of what Apple calls a ‘fall sensor’ and the appearance of an electrocardiogram or ECG.

This to me are two features that moves the smartwatch from a mere techie device to something useful and practical. However, I do think there are issues surrounding these features that a user must take note of. Firstly, the fall sensor. According to what was unveiled by Apple, fall detection utilises next-generation accelerometer and gyroscope to analyse wrist trajectory and impact acceleration.

This to me is quite a useful feature. Personally at my age, I have loved ones who are quite advanced in age that could benefit from such a feature.

However, this feature works well in the United States and perhaps other developing countries but one doubt I have is whether emergency services in our neck of the woods would respond to such a call, which is unclear at this point, based on what has been announced.

For this to work effectively, you’ll need an ecosystem overhaul and not just a clever feature on a watch. The second is the ECG function. Apple claims that it has the US Food and Drug Administration’s (FDA) approval to use this device. What this means is that Apple’s device is a Class II medical device, and it is therefore intended to diagnose or treat a medical condition and poses a minimal risk to use. The FDA however details some caveats to this approval.

And while some have claimed that the heart rate monitor has saved them before, it is with trepidation that I write about this feature.

While the idea of constant ECG monitoring is novel and perhaps useful, I wonder if such a feature could possibly lull one into overtly depending on such a device to indicate that everything is okay.

I’m not the only one who has questions about this. In an article examining this new feature, The Washington Post noted a few points worthy of our consideration.

The Post did cite some doctors agreeing that the sensor could be used to detect a condition known as atrial fibrillation (AFib), or put simply, an irregular heartbeat, because those who have this condition don’t always have symptoms.

But there are other negatives to this knowledge. Firstly, there is the issue of overly depending on such results. ECGs are specialised readings that only a qualified cardiologist should be reading. A casual read by ordinary users could be tricky.

Then there is the issue of whether such data could potentially cause more anxiety than it’s intended to by causing the user to think he has a heart condition when he doesn’t really have one.

“Heart rhythms naturally vary, meaning that it’s likely that Apple Watch or any heart monitor could signal a problem when there isn’t one — and send someone running to the doctor for no reason,” The Post noted.

“I see patients; I see normal people come in, and most people are scared out of their wits,” The Post quoting John Mandrola, a cardiologist at Baptist Health in Louisville, as saying. “You could get a tsunami of people coming in.”

An extra visit to your doctor may not sound like a bad thing, but Mandrola said it would potentially lead to another round of tests or even unnecessary treatment if there are other signs that can be misinterpreted.”

Last (for this story) but I’m sure not the least, there is an issue about the reliability of the sensor. A Quartz article did question how effective the ECG monitor is on the new Apple Watch.

The story quotes Andrew Moore, an emergency department physician, as saying that in a comprehensive healthcare examination, a patient would have 12 different stickers, or leads, placed all over her chest and on certain spots on her arm and leg, to give doctors a clear picture of the four chambers of her heart’s movement.

The new Apple Watch, however, has the equivalent of one lead on your wrist, the company’s website says.

“The tech that Apple is working with is very rudimentary compared to what we’d do for someone in a hospital or healthcare setting,” Moore said.

Although the watch can detect changes in the patterns of a person’s heart rate, these changes really only show a user if she has a heart rate that is too fast, too slow, or beating irregularly—signifying AFib. The watch won’t necessarily give the full picture a doctor would need to diagnose a medical issue.”

So would you buy the Apple Watch just for these features? I for one would be very cautious about such claims. After all, the Apple Watch isn’t a medical device but in the final analysis, just a consumer-based smartwatch.

Apple unveils the next generation of iPhones 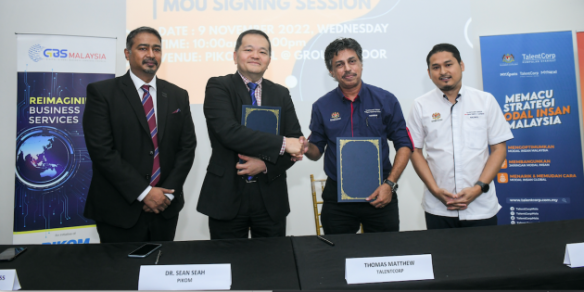