Analysis: How far has Google Cloud come?: Page 2 of 2 So how does this all play out in Asia, given Greene’s very ambitious declaration? For starters, Google has made good on some of its promises such as its commitment to launch new data centres around the world.

In 2016, it said it’ll launch 10 around the world, and since then, two of them have appeared in Southeast Asia (Singapore) and Australia (Sydney). It is scheduled to launch in Mumbai, India by year-end.

In terms of marketing engagements, Google held its first ever series of Google Cloud regional summits in Asia in September. The company held one-day seminars for developers, partners, media, analysts and customers in four countries in Asia. The first leg of the summit was held in Sydney, followed by Kuala Lumpur, Singapore and two cities in India – Bangalore and Mumbai. 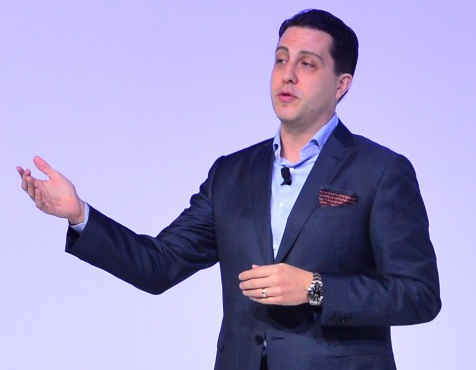 In the Singapore stop, Rick Harshman (pic, above), Google’s managing director for Google Cloud, unequivocally declared its cloud business has “tripled the number of large cloud paying customers on a year-over-year basis, and these are customers that spend US$500,000 (RM2.1 million) or more a year on cloud services.”

Harshman said Google is gaining ground in Asia as more developers, coders and software companies are becoming more interested in finding out what Google has to offer, against two other leading public cloud service providers – Amazon Web Services (AWS) Inc and Microsoft Corp.

“Internally, we look at the cloud as a very huge opportunity as [we believe] that only 5% of companies globally are on cloud,” he claimed, telling Digital News Asia (DNA) in an interview.

This has been a consistent message by company officials since its inaugural conference in 2016. Then Google’s cloud product chief Greg DeMichillie told me that “people want to position it as Google versus them [our competitors] but the truth is all players in the public cloud space only have a miniscule fraction of the total global IT spending potential.”

“[So] it’s not about us versus another cloud, but about the public cloud as a whole, taking market share from the existing on-premises business, IT is rapidly shifting from on-premises to the cloud, and we think we have a unique set of capabilities – this is where our focus is, and not so much on the tit-for-tat between cloud players,” he argued.

When I asked Harshman what he thought of Greene’s declaration that Google could become a leader by 2022, especially the fact that Google is more widely known as a cloud player for startups and smaller businesses rather than large traditional enterprises, he argued that enterprises are beginning to have much more clarity over what Google can do in the region.

“In the past, we’ve had no region in Southeast Asia (SEA) [for us to talk about],” he declared. “Now that we have this [region], we can begin to have conversations around what we can do with more traditional enterprises.”

He acknowledged Asia’s role in Google’s global ambitions and said he expects more sales and marketing in the form of more “proof-of-concept” activities to happen in the coming six to 12 months in Asia.

Harshman knows the cloud market opportunities well in SEA having been the former AWS executive who was in charge of growing its cloud business in the region. Conversely, he knows what he’s up against as well.

Besides the juggernaut in the form of AWS’ well-oiled sales and marketing, technological machinery, branding and being first-to-market and the deep enterprise roots Microsoft has in the market, he will also have to contend with the fact that the landscape is one that is multi-cloud in its outlook today.

In the early days of cloud, enterprises and regulators were generally sceptical about the cloud and all the benefits it brings, and as a result, they were slow to adopt the cloud. But then there was only AWS in play at that time, so AWS had time to meet market needs.

This isn’t the case anymore and I would argue that the scenario has gone the other way in that enterprises have so much more choice than before and this means that they do not have to go all-in with merely one provider.

This multi-cloud scenario includes not only providers such as AWS and Microsoft Azure public cloud offerings but also the hybrid camp pushed by Microsoft, which recently launched Azure Stack on-premises cloud-based services, as well as those offered by Oracle Corp and SAP SE.

This is a reality in today’s enterprise world and was confirmed by the three customers I interviewed at Google Cloud’s Summit in Singapore last month.

All three – online marketplace, Carousell Pte Ltd; Singapore-based fourth telco entrant and regional player MyRepublic Ltd; and Indonesia’s travel company PT Traveloka Indonesia – said they are not only on Google Cloud but also have some form of workload on other players as well.

Jordan Dea-Mattson, vice president of engineering at Carousell, for example, told me that his company still works with AWS in certain cases but chose Google Cloud for a specific use case. He did not however rule out working with AWS should the company is able to offer the right mix of features in the future.

This clearly suggests end-users would like options provided by cloud players and that they need to continue innovate and provide useful features to customers for them to stay ahead.

Similarly at the launch of Microsoft’s Azure Stack in Malaysia, a Kuala Lumpur-based customer, which deals in Internet of Things (IoT) told me it chose Microsoft because it had the right combination of products, services and support that made sense for it to capitalise on, but was open to working with other cloud players

A multi-cloud scenario would mean Google Cloud will have its work cut out for it as it needs to offer clear differentiators to its services. There are two areas it can do this: Pricing and capitalising on its artificial intelligence (AI) and machine learning capabilities.

Gartner noted that Google can offer “deep discounts and exceptionally flexible contracts to try to win projects from customers that are currently spending significant sums of money with cloud competitors.”

And indeed it has.

Just last month, AWS announced its intention to implement per-second billing by Oct 2, but the move was circumvented by Google on Sept 27, when it too said it would bill per-second, but effective immediately. Both Google and Microsoft have offered per-minute pricing for their competing services since 2013 while AWS did it on a per-hour basis.

As for AI and machine learning, Google has distinct features in this area which may appeal to companies looking for specific use cases. Google has pedigree in this area and while it may not be able to challenge AWS in terms of sheer IaaS size, it can certainly carve a niche here and try to achieve parity with AWS, as the latter has only recently trained its spotlight on AI.

Finally, Google will also need to continue to enhance its on-ground presence, especially increasing the number of local sales, marketing representatives and consultants with cloud-capable skillsets, working with the right channel and alliance partners, continuing to build better brand awareness and ramping up customer wins.

Edwin Yapp reports from Google Cloud Summit Asia Singapore, at the invitation of Google Inc. All editorials are independent. He is contributing editor to Digital News Asia and an executive consultant at Tech Research Asia, an advisory firm that translates technology into business outcomes for executives in Asia Pacific.