LAST month, I got a chance to meet with executives of an up-and-coming consumer electronics company, Beijing-based Xiaomi Corporation.

First off the bat – the guys from Xiaomi are a pretty friendly, down-to-earth bunch of techno geeks. Dressed casually in blue round-necked company-branded T-shirts, everyone seemed to be pretty excited attending to the media when it came announcing their new flagship smartphone the Xiaomi Mi 3.

And during my one-on-one sit down conversation with Lin Bin, I found the affable president of Xiaomi an easy going guy and certainly passionate about the company he co-founded with seven other guys, including Chinese serial entrepreneur Lei Jun.

The former Googler held a distinguished role as vice president of Google China’s Institute of Engineering and engineering director of Google Global, a pretty high position for a non-native American.

As Lin spoke about the company’s vision and mission, one thing’s clear: These guys are dead serious about taking on the competition, though they weren’t specific about who their competitor was.

When asked by one press member, fellow former Googler Hugo Barra, diplomatically declined to say the ‘A’ and ‘S’ brand, or any other brand specifically, noting only that its goal was to gain market share in South-East Asia (SEA) as soon as possible.

Xiaomi is known for a lot of things. The first that comes to mind is how fast it sells its wares online. According to various reports, Xiaomi's entry-level model, the Hongmi, attracted 7.45 million pre-order reservations and its first batch of 100 000 sold out in 86 seconds.

Lin even claimed that at one of Xiaomi’s Friends Festival event that was held in China for 12 hours, his company sold a whopping 1.3 million units of phones.

Next up is its pricing. Given the power-packed specifications of the Mi 3, it’s almost inconceivable that the smartphone would go for under a RM1,000.

And yet the Mi 3 was launched at an incredibly low RM889 on May 20. For the record, all rival equivalent smartphones starts north of RM2,000.

Yet another trait is its philosophy of not making a big splash with advertising in traditional media, preferring to engage would-be customers over social media via its Facebook page and other engagement channels such as its user feedback forums and what it terms as its fans, the ‘Mi Friends’ network.

Lin said in one publicity campaign, he and his seven cofounders spent a total of two hours at a collage campus in China engaging the crowd personally, and further But beyond these more obvious milestones, a couple of things Lin (pic) said struck me during my interview the day he met the Malaysian media.

The first is how it uses e-commerce sites as a barometer to measure demand, which is then extended to guide the company’s forecasts on how many units of smartphones to produce.

“At Xiaomi, we will look at all sorts of index on a daily basis. For example, Baidu, China’s search engine with an 80% market share has a Baidu index, which tells us how many people would search for Xiaomi online. This is a very accurate number and can serve as a forecast for us.

“Besides Baidu, we also look at Taobao search index [for guidance]. And as we go beyond China, we will be looking at Google, Twitter, and Amazon. For Malaysia, it would be sites like Lazada.

“All these can give hints on how fast interests would pick up and taper off on the Internet and we can find a correlation between these indices versus our actual sales and use that as a reference for future forecasts.”

Interesting. This company is so ingrained with the Net’s open culture that its founders depend on it to guide its sales.

Does it work? Lin claims it does.

The other point about Xiaomi is an extension of its cofounders’ belief in the open economy of the Web.

“We make it a point to listen to our customers,” Lin said in his keynote speech. “Our engineers are required to login to our user forums and spend at least 30 minutes a day listening to our customers – be they good or bad comments.”

It is a world diametrically opposite of the one the late Apple founder Steve Jobs espoused: That consumers essentially do not know what they want in a product and vendors – like Apple – should set the path for consumers to follow.

This is something I find refreshing. Here is a company that’s willing to some extent to ‘crowdsource’ with its customers, listening and receiving feedback on what’s good, and what’s not.

But would loyal fans and those who are ambassadors of the brand dare to speak up against the very brand that sponsors them? When asked, Lin unequivocally says, “Absolutely."

"The open nature of the Net means that our customers can be critical when they need to be. Yes, we do have fans and friends that we know personally but they are few and far between compared to the entire community of customers, most of whom we do not know, and do give us feedback, including how to improve,” he claimed.

In fact, Lin says improvements are worked on and users who sign up for the software development updates will get them every Friday, over the air directly onto their smartphones.

It’s good to know that the company, at least for now, is so proactively listening to its users. Again this is something quite unheard of in today’s fast moving, consumer device driven world.

I for one would be keeping an eye on how long it will keep this going, as its user base grows. 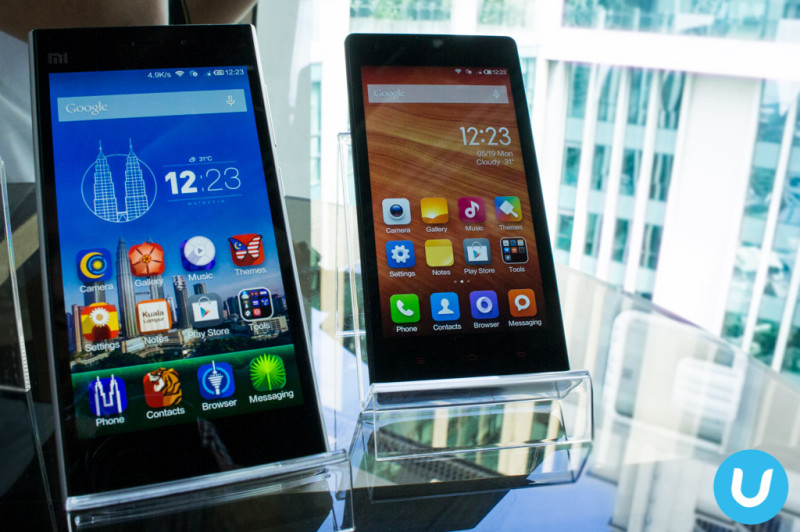 So will Xiaomi be a winner in South-East Asia? That’s a tough one to answer but several further observations may give us a guide.

There’s no doubt that its strength so far is its ability to produce top-notch smartphones at affordable prices. By selling its wares at near-costs, the company is certainly winning many loyal fans and consequently ramping up its user base.

But it also begs the question – how does it make its money? And can it sustain this momentum of providing low cost but high specs devices? For more on Xiaomi’s business plans, check out another interview I did with Lin.

For Xiaomi to be be successful in my honest opinion, it would need to ensure that its ecosystem of services is in place and that it can supply services in this region to its customers, as this is the primary way it makes money.

This is where it would be challenging for services, including content, are linked closely with cultural differences and individual market perception of its brand and quality of products.

To date, Xiaomi has been largely successful in the north Asian markets, which although close, still have different cultures to those in SEA. To replicate such success here, it would need to also understand the nuances of the SEA market, what sells, and what doesn’t.

It would need to work hard to partner relevant service and content players and to provide customers localised content in order to be successful, given the multi-language challenge that exists in Malaysia, Thailand, Indonesia, and the Philippines.

If they can address this along with complementing its cheap wares with great customer service, low returns and hardware problems, it might have a shot.

So as cliché as it sounds, time will tell. Meanwhile, I wish Lin, Hugo and his team the very best in making smartphones and other consumer devices a reachable goal for most, if not all.

This column and its product pictures originally appeared in on tech blog VernonChan.com and is reprinted here with its kind permission.