SOUTH-East Asian Internet TV startup iflix said it is on track to launch its own original TV shows this year to meet the increasing demands of Asian consumers.

The Kuala Lumpur-headquartered company said it is currently in close talks with local, regional and global producers, and will be looking at two types of content.

“The other initiative is bigger; it would basically be considered a global production, where we collaborate with Hollywood producers to bring in Asian talents – whether they are people in the front like actors and actresses, or those behind the camera,” said iflix group chief operating officer Azran Osman-Rani (pic above).

“Those are much bigger productions – we are talking about more than 10 times the cost of what we would be doing for the local markets,” he told Digital News Asia (DNA) in Kuala Lumpur recently.

Azran said iflix is in the midst of figuring out the commercial arrangements, the rights, and the investments that would have to be made, whether by the company itself or by its partners.

For the locally-produced original content, he said the company has more or less agreed on concepts, but admitted that there were more decisions to be made, such as the cast, the budget, and the sets.

“We are also in discussions with Finas (National Film Development Corp Malaysia), and we need to see how we can work with Malaysian agencies which support local production,” he said.

“Those conversations are ongoing. Once we come to an agreement, we would be able to announce something more concrete.

“I think we will make announcements on both types of productions [local and global] this year,” he added.

It certainly is prime time for the video-on-demand or Internet TV market in South-East Asia, with a host of players vying for attention.

Early this year, US giant Netflix Inc announced it was going global, and rolled out its service in 130 new countries. Around the same time, Hong Kong-headquartered telco giant PCCW Ltd announced its Viu OTT video service in Singapore and later in Malaysia as well.

To differentiate themselves, all are looking at producing original content, much in the same way Netflix has done with House of Cards, Orange is the New Black, and more.

A significant portion of the funds required for iflix to produce original content will come from its recent rounds of funding. Last year, the company raised US$30 million in a round led by Catcha Group and the Philippine Long Distance Telephone Company.

This year, it raised another significant round, with media mogul Rupert Murdoch’s Sky Plc revealed as one of its newest investors. iflix did not disclose the funding amount, but Sky told The Hollywood Reporter that it was investing US$45 million.

It is not known how much Indonesia’s Surya Citra Media, which also participated in that round, is pumping in.

“This recent fund-raising round gives us the opportunity to pursue these initiatives on the content side, as well as for market expansion,” said Azran, also the chief executive officer of iflix Malaysia.

“This is primarily focused on South-East Asia, and we are in very good shape, money-wise,” he added. Despite the heated market, Azran argued that iflix is not competing against its rival OTT players – he believes the pie is big enough for all them to cater to consumers’ changing viewing habits.

“First of all, this is not a traditional platform where consumers have to choose either this or that platform,” he said.

“The traditional play was a big commitment, where you would be locked in for 12-24 months, and someone had to come to your house to drill holes in the walls.

“Because we OTTs are delivering at much lower price points, it is no longer a pain to have multiple services.

“I think of OTTs as the next generation of what used to be a channel. When you watched TV in the past, you didn’t just watch one channel. You watched whichever channel had the programmes you liked,” he added.

But Azran also believes that OTT services will not be a big threat to existing pay-TV operators.

“In the United States, over 80% of people who subscribe to VOD services continue to have traditional pay-TV. They also want to watch news and sports,” he said.

“I think because we are priced lower, consumers no longer need to choose between one or the other,” he added.

Catcha's iflix expects to raise well over US$100 mil 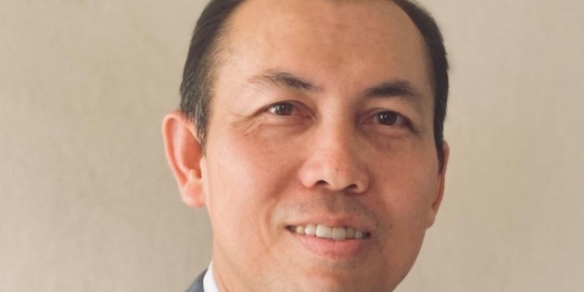