How technology is changing the sports fan experience OUR abundant enthusiasm for sports is undeniable and continues to stand the test of time. But as the world of sports matures, sports disciplines worldwide are looking to new technologies to bring the competition closer to the fans than ever.

The experience associated with sport is one that unites people and brings out unprecedented levels of passion.

Whether it’s attending, playing or watching games, loyal followers are invested in it. Just like any form of entertainment, sports have had to evolve and grow with the desires of their loyal fans.

If sports were played in the way they once were, the variations would be a far cry from what we see today, so it’s no surprise that as an industry it has continued to evolve.

What’s interesting is that technology is spurring on many of the changes we’re seeing. Although it was once a case of sports themselves maturing in the way they are played as new resources became available, it’s now about the fans, and the role of technology to take over and change the fan experience.

Getting sports that people love delivered to fans in a way that is convenient to them and with an increased level of engagement is becoming more of a reality for many sporting mediums, and one that immediately comes to mind in the United States is Major League Baseball.

MLB.tv offers fans a more economical way of viewing all major league baseball games, direct from MLB and without the involvement of a separate broadcaster.

It means that the games can be watched on whatever platform the user prefers, be it mobile, tablet, live or on-demand.

Baseball is one sport that has worked out what its fans want, and created packages that give them no lack of platforms to engage with and keep updated.

Like it or not, baseball, football and all kinds of sports are everywhere, and fans want to watch them, keep up to ,date or consume related content anytime, anywhere.

While it’s generally accepted that fans will stream high-quality content from an array of devices, the newest innovations in enhancing fan experience are taking a few by surprise, in particular because a concept that was dreamed up decades ago is now coming to the fore.

The passive sporting experience is no longer the only option for fans, as virtual reality starts to make waves in the world of sport.

An example of this was demonstrated by O2 last year for the Rugby World Cup – the company’s ‘Wear the Rose’ initiative (pic above) was the first fully immersive 360-degree virtual reality sports experience.

That might not mean much on the surface, but using the Oculus Rift virtual reality (VR) technology, the company allowed fans to immerse themselves in what was described as a multi-sensory takeover and feel part of the England Rugby team, even allowing fans to appear as though they are training with the team.

It took the idea of bringing fans closer to the action to a whole new level, and is just one example of how new technologies such as virtual reality will open new doors in amplifying the fan experience.

There are streams of innovation going on from a virtual reality perspective across all different sectors related to sports, including gaming, in particular EA Games.

The chief executive officer of the company in question previously expressed interest in how people consume VR, captured by the idea of the marketing tagline ‘It’s in the game,’ Andrew Wilson has said that he’s pushing his team to explore the idea of VR in gaming either via a headset or a hologram in a players front room.

As the second largest videogame publisher in the world and the label owning the iconic FIFA series, it’s exciting to imagine what this could mean to gaming, sports, and a number of other industries.

While delivering sport to fans all over the world was once a tale of one man and a television, or one fan and the pitch, the chance to become immersed into the wondrous world of sport is greater than ever, and is surely set to create a fan experience more inclusive, adrenaline-filled and powerful than ever imagined.

Live 4K feed for an F1 event, thanks to Tata 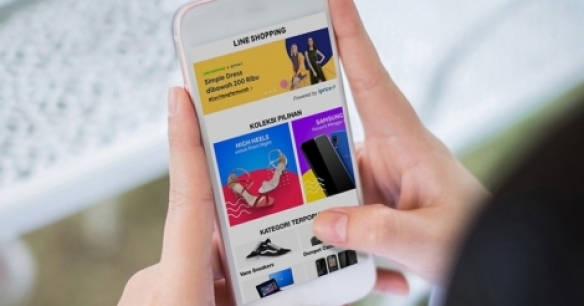