HONG Leong Bank (HLB) will be using IBM Watson’s cognitive computing capabilities to boost customer support for its 700,000 credit card customers, after it sealed what it described as “strategic partnership” with IBM Malaysia.

IBM Watson is a cognitive learning system, the culmination of the US technology giant’s efforts to commercialise artificial intelligence (AI) across a variety of industries.

Customers would also be to “find the most suitable card to match their lifestyle needs,” he told a media briefing in Kuala Lumpur on Jan 11.

He declined to disclose how much HLB was investing on IBM Watson, only describing it as “a substantial amount.”

Pinto said customers have come to expect higher levels of integrated and timely service, with an increasing need for an exceptional phone and online experience.

“We need to ensure that our systems are able to anticipate customer needs so that we may proactively provide solutions.

“IBM Watson technology provides us with this advantage by allowing us to understand the context of customer needs and preferences, which will reduce call-waiting time and ensure greater consistency and accuracy of information,” he said.

He also said the offering would go live in four to six months.

When asked if the implementation of IBM Watson would see job cuts at HLB’s call centre, Pinto said: “We actually see that with Watson, the number of staff we have in the call centre will increase.”

“This is because while Watson can provide customers different options, at the end of the day we want to rely on humans for that emotional connection – what we are trying to do is to take away all the less value-added [servicing] through Watson,” he argued.

According to Pinto (pic above), HLB is the first Malaysian bank and organisation to work with IBM Malaysia to harness the cognitive computing via Watson.

He said the initiative formed an important part of HLB’s overall digitisation blueprint.

“HLB has always been about being the first,” Pinto said.

“We were the first to launch PEx (Payment Express), PEx+ (Payment Express+), digital branch propositions in the form of Mach, and the Hong Leong Islamic concept branch – which comes with a digital twist compared with traditional walk-in banking formats,” he said.

PEx is a peer-to-peer (P2P) mobile money transfer service that allows users to transfer funds to anyone using the recipient’s mobile phone number, regardless of whether the recipient is an HLB customer or not.

PEx+ functions as an e-wallet that facilitates cashless and cardless transactions.

Mach by Hong Leong Bank is a new sub-brand targeting Gen-Y with its ‘bricks-and-clicks’ model. 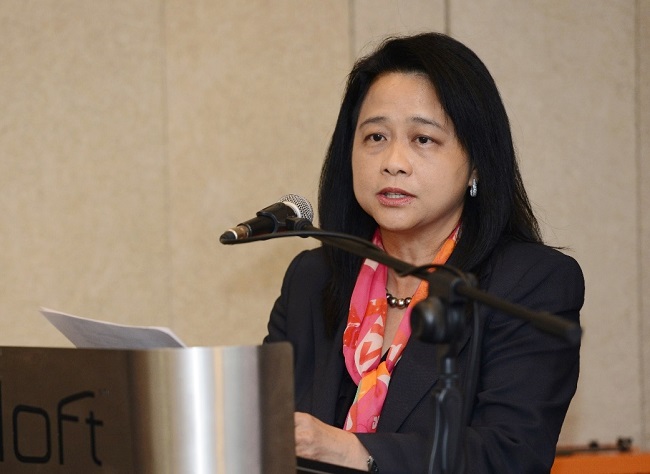 They would then be able to identify connections between customers’ needs and weigh the various financial options available.

“Watson is the first computer system in the world that is not programmed. It learns from interacting with experts and from ingesting massive amounts of data,” said Chong.

“It is able to understand the meaning of data and their context. It can also understand the tone of a person’s voice, to detect the emotional state of the person,” she claimed.

She added Watson would be able predict changes in customer needs and recommend new services to address those needs, and will also be able to remember customer preferences to improve customer experience.

According to Chong, Watson can process 500GB of data per second, or the equivalent of one million books.

“Imagine – we create 2.5 billion GB of data daily, where 80% of them are unstructured and are not visible to our traditional computer systems, whilst Watson can make sense of unstructured data – videos, tweets and webpages – through its cognitive process.

“It observes, interprets evidence to generate hypotheses, evaluates these hypotheses, and then raises options to make recommendations,” she said.

“Data is the natural resource for the 21st century; information will separate the winners from the losers.

“Thus, this game-changing partnership with HLB allows HLB to anticipate and respond to the changing market and transform the relationship between the bank and its customers,” she declared.

When asked if IBM Malaysia would partner with Malaysian startups to leverage on IBM Watson’s cognitive technology, Chong said the company is already working with several startups, but she declined to elaborate.

In the United States, IBM has partnered with startup Go Moment to power ‘Ivy,’ an AI-driven system capable of handling requests from hotel guests in real time.